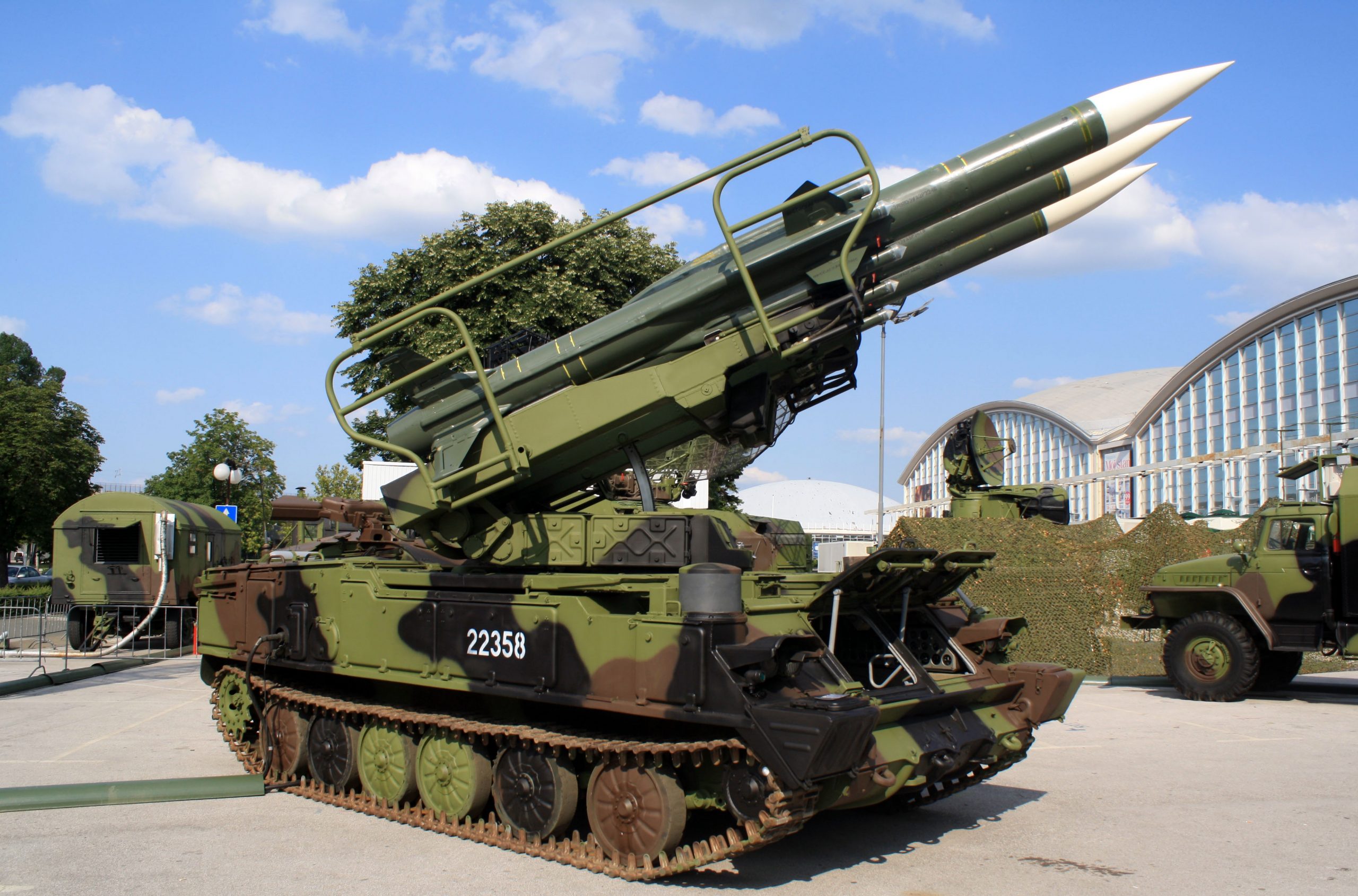 Its successor is the Buk family of self-propelled, medium-range surface-to-air missile systems.

Regardless, the Kub SAM defense system is currently in use by the Armenian forces in defense of Nagorno-Karabakh. According to Azerbaijani reports on November 2nd, one such system was destroyed.

Its development commenced in 1958. It was adopted in 1967 and was first publicly revealed during the same year. Since its introduction the Kub system, as well as its missiles, were constantly improved.

Production ceased in 1983. Over 500 of these air defense systems were produced, alongside with several tens of thousands of missiles. A downgraded export version of the Kub, the Kvadrat, was widely exported to Soviet allies.

The baseline Kub can engage aircraft and helicopters at an altitude from 100-200 meters up to 5-7 kilometers and out to a range of 20 km with a first missile shot-down probability of at least 70%.

However, the Kub is not that efficient against targets flying close to the ground and maneuvering aircraft.

Additionally, modern standards the Kub has a number of limitations and is rather vulnerable to jamming and hostile countermeasures.

The Kub system includes a radar vehicle (Western designation Straight Flush), which searches for targets, tracks them and guides missiles. 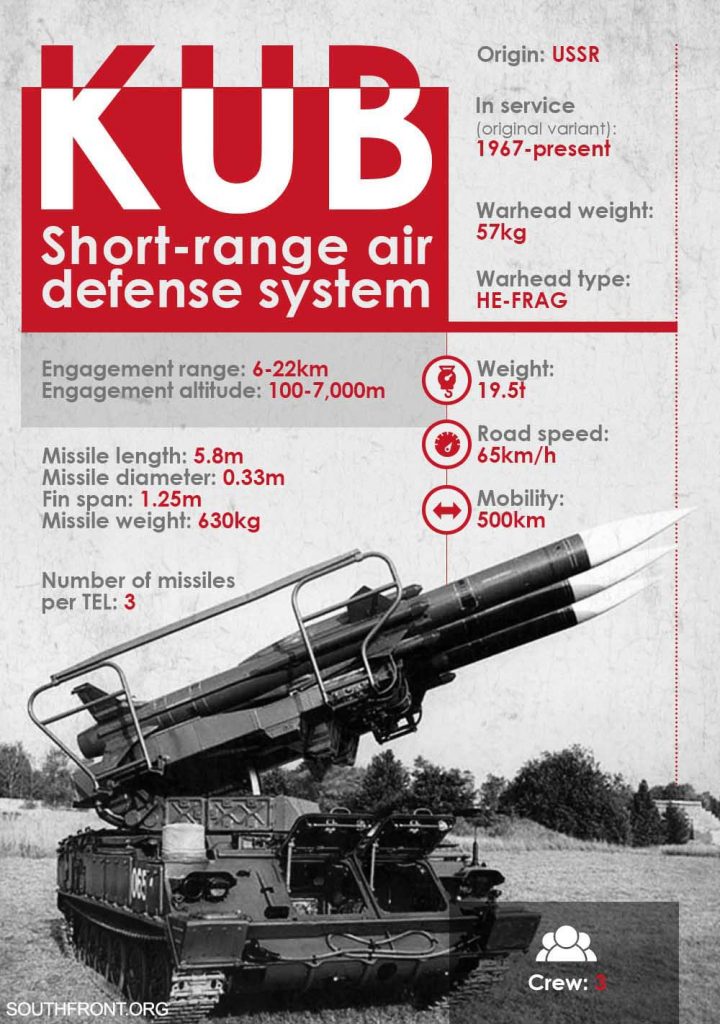 The radar vehicle also performs friend-or-foe identification. It is based on a GM-578 special tracked chassis and has a crew of 4.

This vehicle detects air targets at a range of up to 70 km and out to an altitude of 7 km. It could track a contemporary Western F4 Phantom interceptor and attack aircraft at a range of 50 km with a success probability of 90%.

Though detection range is reduced when targets are flying close to the ground. It seems that the Kub radar was rather vulnerable to jamming, even though it had some countermeasures against it.

Also, the baseline version was extremely vulnerable to anti-radiation missiles, such as a US Shrike.

The system also includes launcher vehicles, that carry 3 missiles each. The launcher vehicle is based on the same GM-578 special tracked chassis and is operated by a crew of 3.

Once the Kub air defense system is in position it takes 3 minutes for the crew to turn on the radar, find a target, track it, identify weather it is friend or foe, launch missiles and destroy the target at a maximum range. It takes 15 minutes for the system to leave its position.

It is an incredibly dated system, which would be ineffective against most modern aircraft and missiles.

This chronicle becomes “weapons of karabakh war blown up by drones”

SA-6 in its day was a very effective mobile SAM system, but now with loitering drones and without the benefit of aircover and layered variance altitude SAM/AAA mix it is a sitting duck as recent conflicts have shown. Drones, precision missiles and smart munitions is the future of warfare.

Drones have made exposed SAMS obsolete.

Kub SA-6 have shot down some US F-16 during desert storm operation 1991…also in Serbia/Bosnia another F-16 and one French Mirage 2000…many of AZ drones which fly high ( out of the range of OSA SA-8) have been shot down by this system!