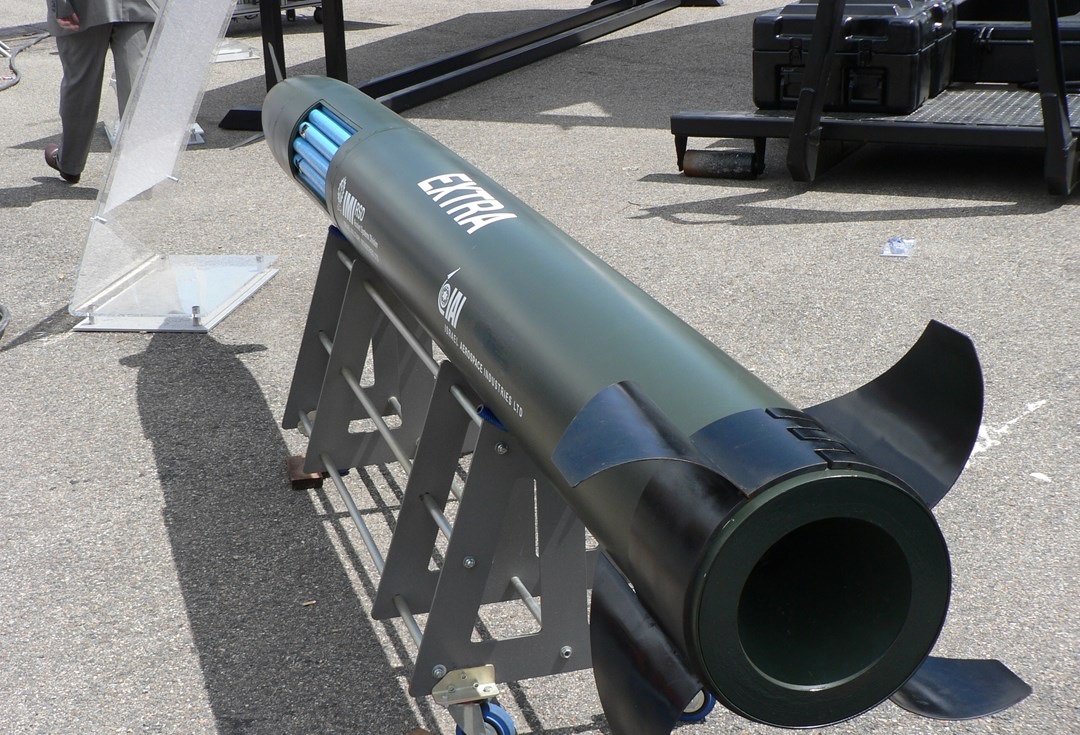 It is used by three militaries – Israel Defense Forces, Azerbaijan’s Armed Forces and the Vietnamese Army.

The scope of this program was to develop a rocket weapon compatible with a wide range of launch platforms while providing outstanding precision against ground ground targets. This precision-guided non-line-of-sight strike weapon was designed for either Israel armed forces and export customers.

The EXTRA rocket munition is being offered packaged in a four-unit pod configuration for land based launchers. It can be installed on high mobility trucks or fixed stations. EXTRA is delivered in a disposable sealed canister providing long service and low maintenance costs. The guidance system used on this strike weapon has not been disclosed yet it is assumed that relies on command and control systems and fast target acquisition.

The rocket munition performance is impressive with an estimated range in excess of 130 kilometers carrying a 125 kg warhead. The launch weight is 450 kg and the Circular Error Probable (CEP) stands below 10 meters. Its dimensions are very similar to the proven M26 employed on the M270 MLRS operated by the United States Army and allied countries. It is slightly wider than the M26 in diameter 30cm (EXTRA) versus 22.7cm and 3.97 meters in length. 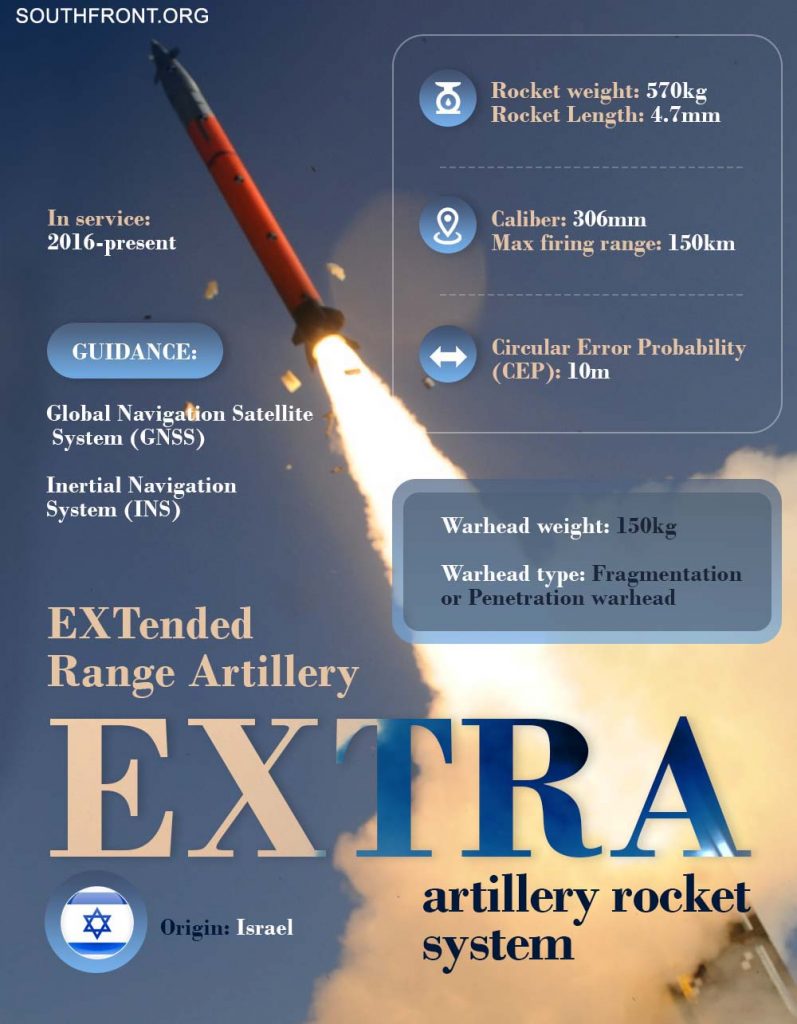 The EXTRA missiles can be launched by IMI’s LYNX (MRL) launcher, as well as from a variety of other available launchers

IMI developed an air launched version of the missile, originally called MARS. The air-launched version has been renamed Rampage, it reportedly entered serial production in 2019.

There appear to be only minimal changes to the weapon’s external design for the air-launched role, namely the addition of a reinforced section of the central body with the attachment lugs.

The Rampage has been designed to target well protected targets during retaliatory missions carried out by F-15I, F-16I and F-35I aircraft.

The targets intended for this weapon system are: communications and command (C2) sites, airfields, maintenance facilities, infrastructure and other facilities protected by air defense systems.

The Rampage fire-and-forget rocket was designed to operate in any weather condition, day and night. The rocket is 4.7 meters long, weights 570 kilograms and a maximum range of 90 nautical miles (160+ kilometers).

Typically, an aircraft can be armed with up to four Rampage rockets.

Aliyev : “Shusha is liberated. Shusha is ours.”

Israel steeps its soul in Satan-slime with such supplies to such regimes. GOD has answered with the defeat of Trump, the virus crisis, and more to come. Don’t deny it – you know it’s true.