It is used by the US Army, the Israel Defence Forces, NATO countries, and others, as well as by Azerbaijan.

The Cardom is an autonomous, computerized system for mounting on light and medium armored carriers. The system uses a new Computerized Integrated Navigation and Self Positioning and Aiming systems.

Its modern Target Acquisition Devices together with a specially designed Recoiling Mortar System, attenuates the firing loads and enables mounting the systems on wheeled and tracked AFVs, or even soft-skinned vehicles such as trucks.

The IDF delivered Cardom system takes target acquisition data that provides range, bearing, position and other data from an observation point and transmits it directly to the Cardom system; using electrical servo motors, the mortar barrel is then set at the exact traverse and elevation angles ready for firing.

The 120 mm Cardom has a firing rate of 16 rpm, followed by a 4 rpm sustained rate of fire.

The Cardom Recoil Mortar System has been qualified for fielding with the 3rd US Army Stryker brigade and will be coupled to the US Army’s M95 Mortar Fire Control System on the M1129 Mortar Carrier.

Israel has used Keshet ( “Bow”) M113 tracked APC (armored personnel carrier) variants as their Cardom platform, since the system was deployed with the Nahal Infantry Brigade external link in 2007.

The 2011 arrival of precision 120mm mortar shells, such as IAI’s Fireball external link, or ATK’s APMI, adds precision to the 120mm mortar’s traditional virtues of simplicity and low cost. That’s especially important for armies who want to use mortar fire in urban combat, but wish to limit civilian casualties.

The video below shows firing in Karabakh of the Israeli Soltam (Elbit Systems) CARDOM ‘Hatchet’ self-propelled howitzer of the Azerbaijani army.

The installation was carried out on the chassis of a Mercedes (4×4) car.

The photograph shows a shooting practice of the installation from April 2020. Jews are fanning the flames of wars from Darfur to Armenia. Merchants of Death.

Jews Fake hebrews are fanning the flames of wars from Darfur to Armenia. Merchants of Death.
FIFY!

This is Disqus, dude… You’re reply and IP address have automatically been recorded on Khazar*Net. Please report to your nearest re-education camp for enhanced correct thought training. It doesn’t hurt too much… at first.

No doubt I’ll one of the first “jade helmed” and sent to the wal-mart FEMA camp.
They got my @ss long time ago.. Guilty of violating all 150 Noahide laws.
All of them! Away with you, goy!

Even the Indian media has reported that Azerbaijan is a Zionist patsy and is being prepared as a base for Salafist terrorism against Russia and Iran. Israel is only fanning the conflict to divide the Shia as it has done with the Arabs in general.

The MEK terrorists are tired of their exile to the Jewish State of Albania. Not enough goats or plastic explosives. They want to be closer to their target of terrorism and pool of victims: Iran. I’m guessing they’re mostly in Azerbaijan fighting right now, they just haven’t officially moved their head-chopper headquarters from Albania. Some kind of dispute whether they should just ditch the old furniture and buy new stuff in Azerbaijan. “But the quality isn’t the same…we’re not Wal*Mart terrorists!” 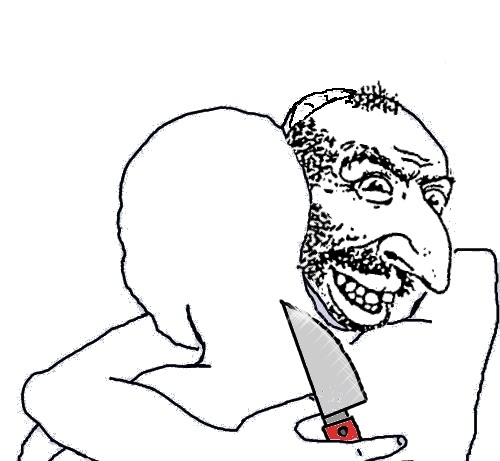 The Azeris were smart and prepared well for this war. Among other things, by purchasing quality weapons from Israel, Turkey, Russia, Slovakia and other countries.
Armenian soldiers are dying because of their own military failure and incompetence. Blame their government / military, stop looking for external party to blame . Whose fault is it that Armenia bought fighters jets just to never use them ?