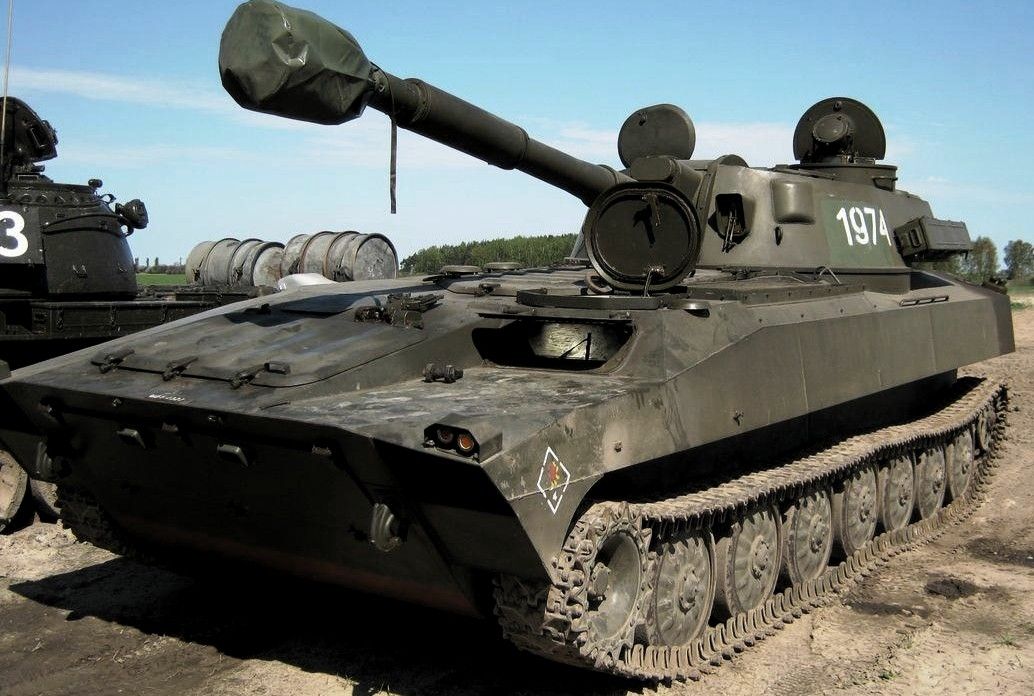 The 2S1 Gvozdika is a Russian-made 122mm self-propelled howitzer tracked armoured vehicle. The first prototype was ready in 1969.

The 2S1 entered service with the Soviet Army in the early 1970s and was first seen in public at a Polish Army parade in 1974. The 2S1 Gvozdika has a crew of four soldiers, including commander, gunner, loader and driver.

The 2S1 is actively used by many armed forces around the world but in the Russian army is only in service with reserve units, and was replaced by the 2S19.

Both Azerbaijan and Armenia utilize the 2S1 Gvozdika actively in the hostilities in Nagorno-karabakh.

The 2S1 is armed with a modified version of the 2A31 cannon which is also fitted to the D-30 towed howitzer.

The 122 mm cannon is fitted with a fume extractor and muzzle brake and is held in position, when travelling, by a lock on the hull glacis plate which is operated by remote control by the driver.

The Gvozdika is compatible with all 122-mm munitions developed for the D-30 howitzer. These include fragmentation, HE-FRAG, HEAT, cluster, smoke and illumination projectiles. 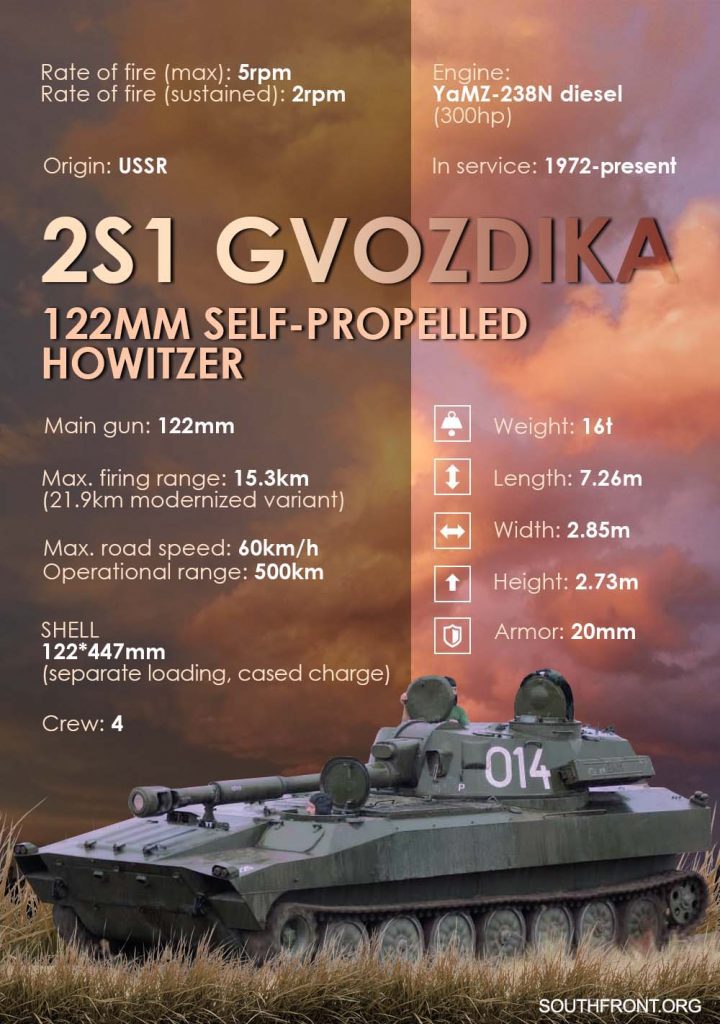 A total of 40 rounds are carried, usually 35 HE-FRAG and 5 HEAT. Maximum range of fire with HE-FRAG projectile is 15.2 km.

The shells have an initial speed of 690 m/s at full charge and a maximum firing range of 15.2 km. For 2S1, the Kitolov-2M adjustable shells have been developed that have the ability to destroy armored vehicles at locations where launchers, long-term defensive structures, bridges, and crossings are concentrated.

Compared to the base machine, an additional pair of track rollers has been introduced into the chassis.

Thus, the chassis consists of seven pairs of rubberized road wheels. There are guide wheels in the rear of the machine, and drive wheels in the front.

The caterpillar track consists of small links with hinges connected by fingers. The width of each truck is 350 mm with a pitch of 111 mm.

Old, but not junk.

That’s true. Compared with Archer, all others are stuck 50years behind. Including Russia and US

Apart from aks and atgms Russia weapons are junk

Ask to US veteran pilots who fought in Vietnam…or Turkish military which were deployed in Al Wattiya base when MIG 29M destroyed with KH-31 missile a Hawk AD complex included radar and Koral EWS as bonus plus!…also you would ask to family of the FSA comander in Al Rastan ( Homs) who was on the second floor of a building and a Kalibr cruise missile launched from Caspian hit inside his home!

yet u impoverished indians pay billions of USD to Russia for our weapons—u ignorant backward racist!

It’s just a paid Modi regime troll. We in India can identify them instantly by their user names, which are always of the order of “Proud Hindu”, “Proud Indian”, “Hindu Patriot”, and the like.

the incompetent amerikans now produce the least effective trash–at the greatest cost…Russians the best, Chinese second…perhaps these primitives can learn blowgun tech from the pygmys