If you ever thought the endless search for “Russian hackers” sounded very X-Files, that’s because both used variations of the motto “I want to believe.” © Getty Images / FOX / Contributor

A newly-out memo containing the Obama admin’s talking points about “Russian hacking” in the 2016 election reveals how US spy agencies attributed email leaks to Kremlin by saying it’s “consistent” with what they think Russia does.

The seven-page document was contained within the 49 pages published on Friday by BuzzFeed, which obtained them through a Freedom of Information Act (FOIA) inquiry from the Office of the Director of National Intelligence (ODNI) in late October. At the root of it is a November 29 letter by several Democrats on the Senate Intelligence Committee, asking then-President Barack Obama to declassify documents concerning “Russian Active Measures.”

The claim that Russia directly interfered in the 2016 US presidential elections – by first hacking the emails of the Democratic National Committee and Hillary Clinton’s campaign chair John Podesta, and then releasing them through DCLeaks, WikiLeaks and the hacker known as “Guccifer 2.0” – was all the rage in Washington at the time, as Democrats sought to explain the fact that Clinton just lost to Donald Trump.

Obama did not declassify the documents. Instead, he apparently instructed DNI James Clapper to respond to the senators. Moving at the speed of government, the ODNI responded on January 27 – a week after Trump’s inauguration – saying that their inquiry resulted in the January 6 release of the intelligence community assessment (ICA) on “Russian activities and intentions.”

This ended up as the infamous report making all sorts of claims and accusations but offering no evidence – and prominently featuring an annex about RT dating back from 2012.

The talking points memo sent by ODNI to the Senate Democrats has not been previously published. Reading through it, one is struck by the circular reasoning of the US “intelligence community” – or rather, Clapper’s hand-picked group of CIA, FBI and NSA people charged with coming up with the assessment.

The US intelligence community is “confident” that the Russian government was behind the “compromises” of emails, because their release is “consistent with the methods and motivations of Russian-directed efforts,” the talking points say. In other words, this fits what US spies believe are Russian objectives, therefore it had to be the Kremlin doing it!

“We believe, based on the scope and sensitivity of these efforts, that only Russia’s senior-most officials could haveauthorized these activities,” the memo goes on to say. Again, inference based on assumption, not evidence.

Blaming Russia for the hack of the DNC and the Democratic Congressional Campaign Committee (DCC) was based on“the forensic evidence identified by a private cyber-firm” – meaning CyberStrike, a DNC contractor led by Atlantic Council fellow Dmitry Alperovich – and the spies “own review and understanding of cyber activities by the Russian Government.”

In plain English, the evidence CrowdStrike gave the intelligence community fit its preconceived notions about Russian cyber operations, which sounds quite convenient.

Remember the accusations that several state election systems were also “hacked” by the Russians? Here is the ODNI, saying that they “are not definitively attributing the intrusions into state elections systems to the Russian Government.” But “the fact that they are consistent with Russian motivations and intent behind the DNC and DCCC intrusions, strongly suggests that Russia is responsible.”

Answering its own question whether Russia is trying to alter the outcome of the election, the ODNI says: “The Kremlin probably expects that publicity surrounding the disclosures will raise questions about the integrity of the election process and would undermine the legitimacy of the President-elect.”

At this point, any TV legal drama would have a charming courtroom lawyer shout out “Objection, speculation!” Except that passage is also a self-fulfilling prophecy. It wasn’t the disclosures of Democrat emails, however, that sowed doubts about the legitimacy of US elections, but rather the absurd conspiracy theory about Trump’s “collusion” with the Kremlin and “Russian hacking,” which the ODNI memo reveals was based on nothing more than the spies wanting to believe it was true.

Brennan and Clapper need to be prosecuted and thrown in jail, for their role in the Obama’s ( and his Zionist cohorts) scheme of atrophying and corrupting national intelligence services, and using outright lies, deceit, and make believe fake news to influence the political well being of the US.

This whole Russia did it has been proven false numerous times. H*ll, Seth Rich was murdered for revealing the emails which resulted in no serious investigation into his murder. As for proof of anything required, one need only look at the tools available to the CIA to shape appearances and assign blame to the target of their choice. Also, one doesn’t have to look too far, as was witnessed with the Kavanaugh accusations, to realize that a sizable portion of the US no longer believes in the principle of innocence until proven guilty. The same is proven true once again with each accusation blaming Russia….. evidence is no longer necessary.

Ironic ,One Jew exposed the lies and another alperovich tries to cover it up. It came full circle.

Actually they need to be executed for treating with and forming headchopper groups! Especially that Brennan. He is a Moslem headchopper convert pig.

The January 6, 2017 US intelligence report on the concerted effort by the Russian government to elect Trump has been entirely vindicated. The attempted conspiracy at Trump Tower (whether the deal was consumated or not); the identification of Russian hackers by Crowdstrike (and corroborated by several other cybersecurity firms); and knowledge of “dirt” on HRC in the form of thousands of emails held by the Russian government communicated to Papadopoulas, are all good indications that the Russians hacked the DNC stealing thousands of emails to turn over to WikiLeaks. Additonally, Mueller has indicted 12 GRU agents in a very detailed analysis of the hacking operation. This would all amount to an incredible conspiracy theory if the CIA had used Vault 7 tools to pin the blame on Russia (as Ray McGovern would hope).

In addition, Russia had every motive to elect Trump before the 2016 elections. Resetting relations with the US is critically in the interests of Russia which could result in ending “unfair” sanctions against Russia (Trump Tower Meeting); a more hands off approach to eastern Europe by the US (i.e., a world carved into areas of “interests” between the superpowers (Russia, US and China); America taking a more isolationist position in the world (similar to the years prior to WWII); a revamping or disbanding of NATO (removing threatening NATO forces from Eastern Europe); resetting roles in Syria; and the US joining Russia to fight terrorism world-wide including in Syria.

In addition Hillary Clinton represented a threat to Russia – and Russian interests in Eastern Europe and especially Ukraine. Clinton publically criticized the Russian elections in 2012 and she also threatened to create a no fly zone in Syria. She most certainly would have continued and pushed for rebel support in Syria. Clinton Erlich writes in Foreign Policy (“The Kremlin Really Believes That Hillary Wants to Start a War With Russia” http://foreignpolicy.com/2016/09/07/the-kremlin-really-believes-that-hillary-clinton-will-start-a-war-with-russia-donald-trump-vladimir-putin/):

“……Let’s not mince words: Moscow perceives the former secretary of state as an existential threat…….Moscow believes that Crimea and other major points of bipolar tension will evaporate if America simply elects a leader who will pursue the nation’s best interest, from supporting Assad against the Islamic State to shrinking NATO by ejecting free riders. Russia respects Trump for taking these realist positions on his own initiative, even though they were not politically expedient……”

Russia clearly had the motive to elect Trump. Russian RT propaganda cannot change that Russia interfered in the US election to elect Trump – for geopolitical reasons (not revenge).

Dear Tom, the problem is you reveal yourself already in the first section.

If Rothschild or Murdoch or NATO or Goldmann Sachs provided neutral journalistic info and facts, we would praise even them as decent professionals.

Your crybaby arguments about Russia´s interfering is absurd waste of time to even read. 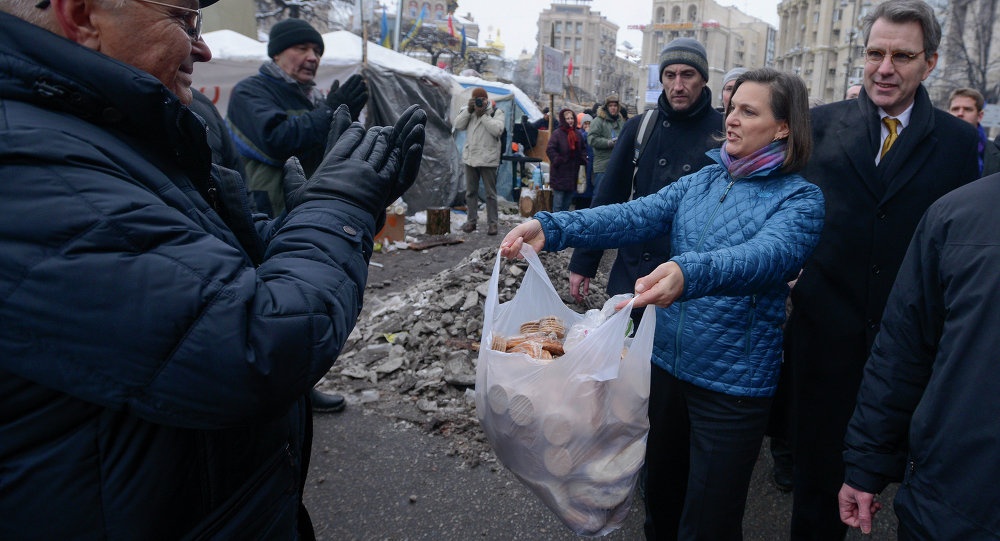 “……..If Rothschild or Murdoch or NATO or Goldmann Sachs provided neutral journalistic info and facts, we would praise even them as decent professionals……..”

On the one hand, you suggest that you look at facts no matter who happens to be the source……

……….On the other hand, you ignore the facts when it doesn’t meet your political agenda. Calling arguments “crybaby” is hardly a rebuttal. Finally, you go back two years to quote an RT article as if nothing has happened since. Care to try to catch up?

I have no political agenda.

Crybaby because you argue over a childish construction saying America´s society is a nation of small children any third party outside America can go in and influence on their choice of President.

As everybody know Israel, Saudi, Turkey have influenced both sides many times more than Russia ever could get away with, your arguments and references to the case is absurd and have no relevance notwithstanding the picking in technical details.

RT reports? Did not a rouge American try to defect at the D.C. studio of RT in early Sept, and is not that encounter on video?