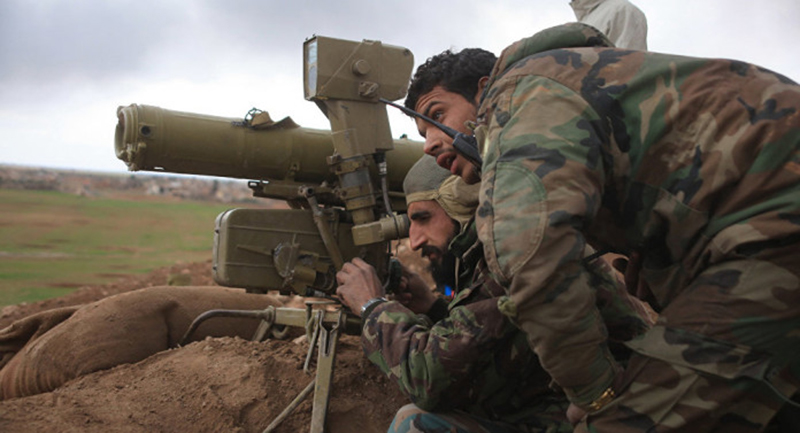 According to a military source in the city, ISIS launched attacks towards the Panorama Roundabout and government positions at the Thurdah mountain; these sites are located west of Deir Ezzor city and have been targeted countless times by ISIS in the past weeks.

Around midnight, Islamic State fighters attempted to infiltrate SAA positions at Jabal Thurdah under the cover of darkness; however, the ISIS unit was spotted and came under heavy fire, thereby killing 7 ISIS militants and injuring several others before they retreated back.

The Panorama Roundabout remains under government control for now; however, the strategic Thurdah mountain is split between ISIS and the SAA at several points.

Meanwhile, Russian airstrikes targeted ISIS insurgents at al-Baghiliyah (north of Deir Ezzor) and al-Mariyah (southeast of Deir Ezzor), thereby leading to the death of another 12 ISIS fighters and the destruction of several gun trucks.

Finally, the SAA discovered and blew up an Islamic State tunnel connecting the Cinema Fouaa street with the Al-Jabelah neighbourhood.

Their is already a Zionist plan in the works to bring in another 20,000 fighters to continue destroying the lands Israel intends to appropriate within the next decade.

Deir-Ezzor, the greatest story never told in the Western MSM. The battle of Kobani was heralded as a heroic defense by the Kurds and it was. Here the Syrians have been beating back persistent ISIS attacks for months on end and not a word is mentioned in the western press. Hundreds of ISIS fighters, maybe even more, have met their end here. This is a mini-Verdun.

The only story I have heard in the MSM is one catty reference to Russians using ‘dumb bombs’ on their long range bombers, ignoring their GPS (Glonass) guidance technology.