A number of incidents have taken place in Iran over the past few weeks: The chain of incidents generated a lot of suspicions and rumors. MSM primarily blamed Israel for attacks on Iran’s nuclear sites.

Such a policy would be quite profitable for the Prime Minister of Israel, Benjamin Netanyahu. With his plans to annex 30 percent of the occupied West Bank, Netanyahu is losing significant international support, as well as popularity within the country. If Israel’s involvement in the incidents in Iran is revealed, the current Prime Minister will have an opportunity to confirm his status as a strong leader who can protect Israel from threats emanating from Iran. In this case, Netanyahu does not cross “red lines” and does not allow a full-scale conflict with Iran to break out. Only a moderate-intensity conflict would allow Netanyahu to maintain his status without major consequences. Incidents at nuclear sites had no significant impact on Iran’s nuclear policy. They only slowed down the progress.

The spokesman of the Atomic Energy Organization of Iran (AEOI), Behrouz Kamalvandi, said that reconstruction would soon begin with a bigger plot of land for advanced equipment.

However, no information about the involvement of the Israeli side in the incidents in Iran has been confirmed and remains suspicions.

Most of the incidents were identified by official statements as accidents. However, Iranian officials admit that if it is proved that any of the explosions were caused by Iran’s enemies, it will respond accordingly.

human error—not everything is sabotage

Maybe but there is no limit to the people in my govt. Anyone who would help the Saudis rob the Yemenis of their oil is a depraved person.
https://www.mintpressnews.com/saudi-arabia-tripled-theft-yemen-oil-amid-price-war-russia/269209/

Even if Israel hints at responsibility don’t discount the possibility that the psychos in the U.S. govt are tossing around bags of money to get people inside Iran to destroy anything they can. You have Brian Hook offering bribes for Iranian ships and the Brookings Institute discussing all kinds of plots in detail against Iran https://www.brookings.edu/wp-content/uploads/2016/06/06_iran_strategy.pdf

Why? These psychos think that if you destroy Iranian infrastructure that you discredit the Iranian govt in the eyes of the Iranians and they will overthrow the govt while waving American flags and singing the “Star Spangled Banner”. You are talking about narcissistic, sociopaths.

Kiddies, get a grip, in large country a few accidents like kitchen fires are bound to happen. The Americunts and Jew cunts can do fuckall to Iran. Believe me these are laughable attempts of desperation. Stay tuned as Iran spreads its powerful wings.

Syrian President Dr. Bashar al-Assad expressed his satisfaction with the
results of the meetings between the Syrian and Iranian sides and the
signing of the military and technical cooperation agreement between the
two countries, which embodies the level of strategic defence relations.

Start packing. The young guys are about to throw you out of Iran along with the corrupt mullahs.

And that’s all they are capable of: setting kitchens alight. As for the rest, every single one of their attempts has failed. So keep having your wet dreams with those kitchen fires.

If you want to impress me, tell me something I don’t know.
To your earlier comment, yeah the Bolsheviks are destroying US from the inside. Yeah, the country is devastated. Yeah The City of London is behind this, owns United Nations, is behind UN Agenda 21 Sustainability Development Guidelines
de-population plans.
Yeah, The City of London is financing US Government military actions worldwide. Kinda’ considerate given US Government serves The City of London exclusively don’tcha’ think ? US has no interests to protect, except the Zionist Khazar criminal Banking Cabal, and Israel.

they will fail chris, Iran will always be victorious, it has been around for thousands of years, US only 200? israhell even less

Both India and China are competing for Iran’s immense potential. US is now a has been power on the verge of self destruction. A few terrorist incidents in a vast country like Iran will not deter its progress. I have just returned from Tehran and it is booming. 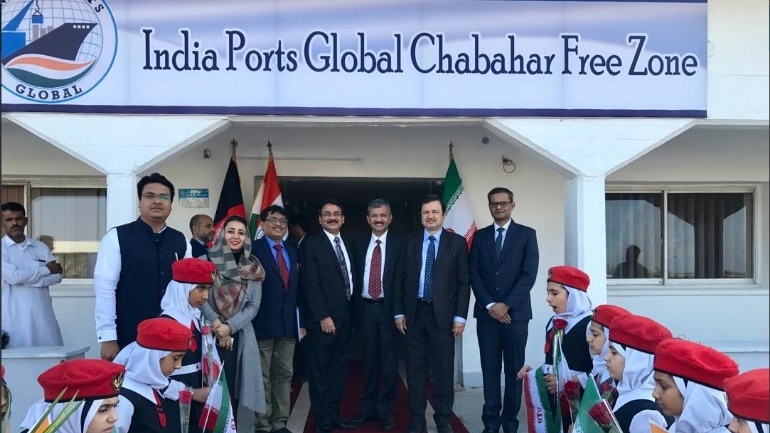 Indeed, Modi is about to visit Iran again but the most important priority for Iran is the strategic pact with China, its closest ally. Iran played an important role in diffusing the Americunt attempts to start a war. 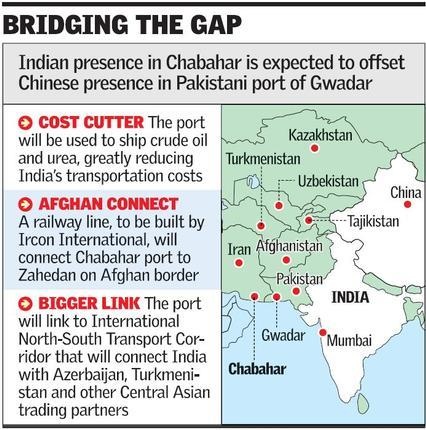 You are silly and ignorant. Even India expects US to become erratic as it implodes. Iran is a key ally and energy supplier and India’s investments are increasing in both Iran and Venezuela as India distances itself from US after the futile attempts to create a conflict with China.

New Delhi ): India is one of the biggest buyers of Venezuelan
oil in spite of US sanctions as India turns cool towards US. Indian refiners Reliance
Industries and Nayara Energy are the one of the buyers from India. Soon after
the US imposed sanctions, the Indian Ministry of Petroleum and Gas had
advised the two firms to make sanctions-proof transactions.India is also doubling its investment in the Iranian modern port of Chah Bahar and opening trade offices in regional Iranian business centres.

India to pitch for Chahbahar port at investors’ summit 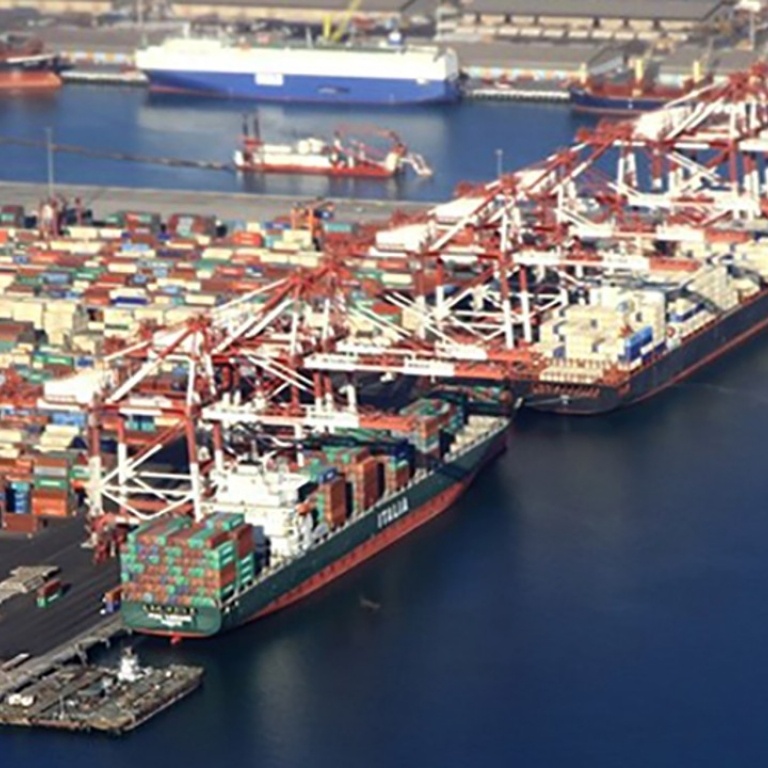 Your “Copy Paste” responses from the propaganda ministry of the Mullahs regime are funny.
“Indian” Joon.

How about me you stupid cunt. Your pappy is a fuckwit and has brainwashed you dumbass ROFLMAO.

Hey, what are you playing at? You’re not supposed to show Iranian successes !! 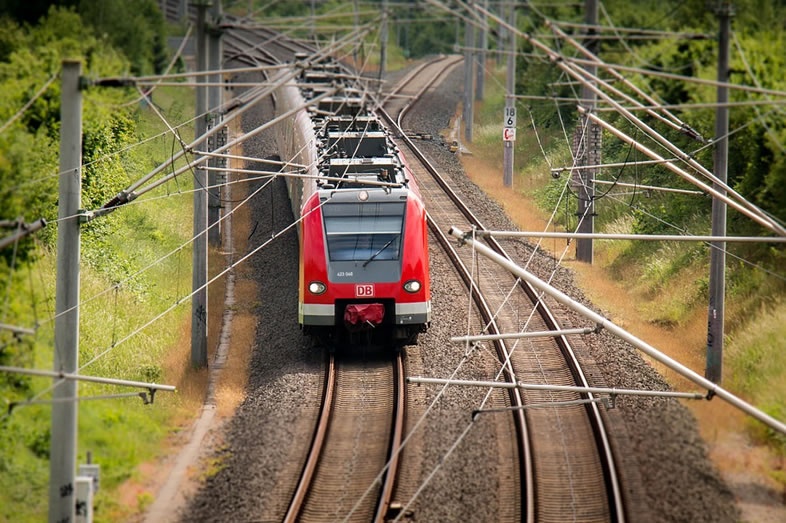 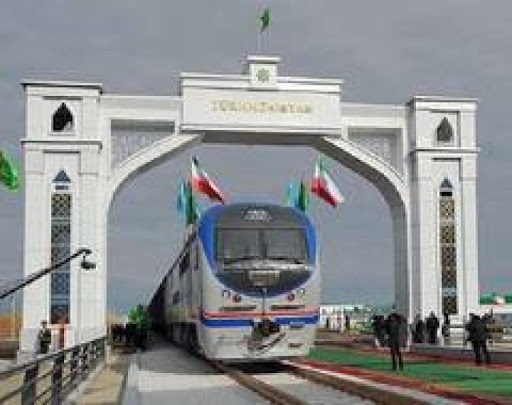 It is amazing that one of the richest countries in the world with natural resources, have a rail system. If you pay to the Chinese, they will also set up a rail system in Antartica.

What’s so amazing about that?

I would expect more US desperate attempts to destabilize Iran, but is futile as Iranian state is very powerful and stable. Iran’s progress can not be stopped by a few minor terrorist or sabotage acts.

Iran inaugurates the Silk Road railway from Chah Bahar to Afghanistan and then the ex-Soviet stans. 10,000 kms of rail lines in 5 years completed. 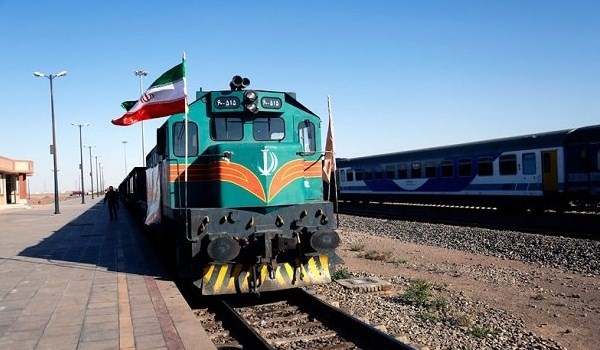 Iranian air defence seems to be on high alert. Something could be up afterall.

How did you now?

Kids, nothing is about to happen, the dumbass Americunts are in meltdown desperation. There is no power on earth that can attack Iran, you can take this to your nearest Jew bank :)

Iranian resistance to the mullahs regime is growing stronger. Their actions will intensify .

I returned from Iran last month and it is totally stable. There is desperate propaganda war going on and the average Iran could care less.

“I returned from Iran last month and it is totally stable.” – LOL.
You live in Iran because you are Iranian.
I wonder what Indian would want to fly to Iran in June during the Corona epidemic? LOL.
“Indian” Joon.

How do you know you little angry cunt?

Because guys like you are too stupid / old to be consistent.
Like you once said you are a Buddhist, but in practice you defend Shi’ite Islam and oppose eating pork.
Anger and hate is your specialty.

What’s the problem with a Buddhist defending Shi’ite Islam? Is there a law against that? If so, please point me to your source so I can educate myself.

And what’s the problem with opposition to eating pork? AFAIK, it’s the same for the Jews. Or is that OK because they are “exceptional”?

country doesn’t have to become instable in order to put air defense on high alert. not a rocket science

Most likely someone is an accident and someone else is terrorism, those who push terrorism have been known for a long time, they are the Zionists who occupied Palestine, now they would like to expand from the Nile to the Euphrates at the expense of the natives, they demand too much and will bring them to the end, the time of colonial adventures is coming to an end, as it should be.

Once is happenstance. Twice is coincidence. Three times is enemy action.

There’s another one close to Tehran. What is going on?

jews in palestine telling the world the necessity of making them extinct, for ever. no reason for the world to accept these thieving, murderous and lying jews at all and the one and only sensible solution is 6 feet under for the lot – no peace for the world as long as one jew in palestine survives.

Wishful thinking at its worst. 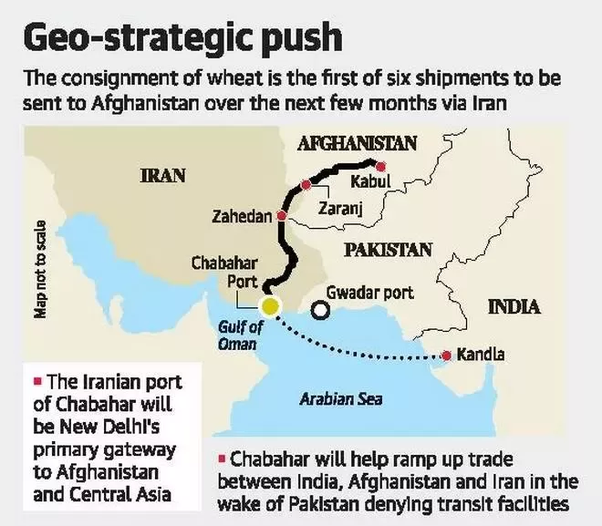 seem to remember that the morons in the white house (either obummer or dunce) excepted Chabahar when they (dunce most likely) reintroduced sanctions against Iran since a large part of goods to and fro Afghanistan was scheduled through Chabahar and was vital for the morons’ operations in Afghanistan.

India is big independent nation and does what is best for our national interest. Modi is very unpopular in India now as he has mishandled the Covid crises and India is unhappy with US over constant threats of sanctions over purchase of Russian weapons, mistreatment of Indian students and sudden cancellation of H1 visas. India is a mature country and can see that US is now in irreversible decline and unless we have access to new markets our already weak economy will collapse. Iran offers India a lifeline to Eurasia as Pakistan has blocked land access west and to Eurasia’s growing markets. Chah Bahar is a great win for trade and prosperity for our Iranian partners and India.

He’s having his wet dreams.

You Zionist cunts have gone quiet, your mom did not give you little cunt the memo?

Something is brewing in Iran.
A combination of internal opposition forces and external enemies. That we haven’t seen before.
This trend will grow stronger, there is no other option.
I have mixed feelings, on the one hand I want the hatred regime to fall and on the other I don’t want the Iranian people to be hurt.
Iran is facing a particularly turbulent period.

I hope we can take down the mullah regime together without too much Iranian bloodshed on the streets Free Man, afterall it is our interest to become friends with Iran again after 40 years of hatred. Just imagine, flights between Israel and Iran again, tourists from both countries visit each other. I may sound like a dream now, but someday it will be the reality. Fingers crossed for you and the Iranian people, hopefully the Iranian themselves take things into their own hands.

Iranian resistance to the mullahs regime is growing stronger. Their actions will intensify as the conditions of the Iranian people gets worse.

Not likely. You really need to travel.