The UAF destroyed Pervomaysk’s water supply back in Spring 2015.
Ever since then, the city with the acting mayor Olga Ishchenko is trying to restore the supply.
It’s very complicated and difficult.
The restoration of water supply means drilling at  least four wells to create sufficient pressure for the water tower.
It’s a difficult and, more importantly, expensive process.
Lugansk has almost no money for it. “Use your own funds.”
These “own funds” represent money which the city receives from collecting utility bills, etc.
Considering that many have no work at all, that some have no homes and live in dormitories just trying to survive and start life from nothing, that some have left, one can imagine just how many “own funds” the city has at its disposal. 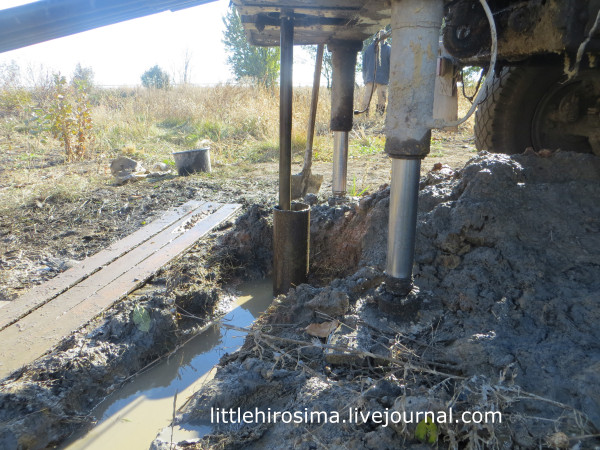 We provided Olya with money to buy one pump. After that, we continued to collect funds for the water project. I passed all that money onto Olya, hence the report.
I want to thank all of those who care about that city like about their own. A separate thanks to all those foreigners, by now my permanent readers, who worry for Pervomaysk.
Helping individual families is important. But restoring water is far more so. It means the ability to wash, cook, heat, etc.
After the most recent article in which we wrote about buying the pump, I ran into a V Kontakte group where some commented “We got the money, now where’s the water?”.
It’s unfortunate that many people do not understand what it takes to restore water supply.
It’s unfortunate that people do not see what kind of hellish labor it is, in the absence of money and support.
Olya and her team are doing all they can.
I’ve seen that myself.
Once Olya and I were distributing food packets.
Her phone never stopped ringing.
–What happened? Gas? Did you call the utility? They aren’t answering? Just a minute.
She hangs up and calls.
–Why can’t you be reached? There is a leak at the following address, hurry! They are waiting!
She hangs up.
–We’re going the wrong way, turn around. Hello, I called the gas service, they are coming. You’re welcome.
And so on without a pause.
When we saw criticism on social media, we were greatly upset.
Thank God, there isn’t much criticism, and the majority understand the difficulty of her task. 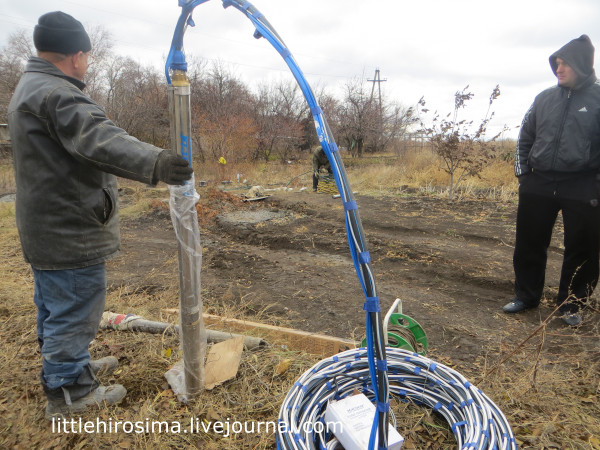 But, no matter what anyone says, there is water in the city. Sometimes it doesn’t come out of the faucet all the time, there are also problems in some places where it doesn’t reach the top floor. In some parts of the city it’s really bad. One has to carry it in bottles, fill bathtubs. The pressure is still insufficient to ensure constant water supply.
But the guys, with Olya at the helm, are working on it.
They don’t have water either, like the rest of the population.
The city administration and other buildings use buckets to flush toilets.
And Olya shares all of the city’s hardships. 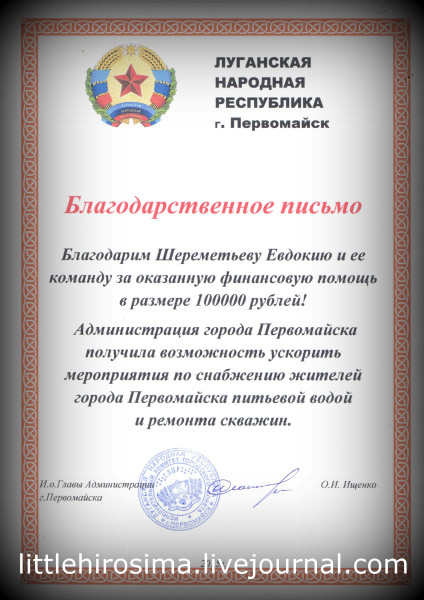 Thanks, Olya, for all that you do.

Olya expressing her thanks.