In preparation for any emergencies, including widespread social unrest following election results on Tuesday night, the National Guard has been deployed in several states.

And in Oregon, Gov. Kate Brown, for the second time in two months, declared a state of emergency for the Portland metro area, citing potential social unrest surrounding the election.

Governors have also mobilized Guard forces in Texas, Alabama, and Arizona to major cities in their respective states in anticipation of violence.

Last week, the Pennsylvania National Guard was deployed to the Philadelphia metro area amid a couple of nights of social unrest following the police killing of a black man. Guard troops have been since positioned to handle potential unrest come Tuesday night.

According to NBC sources, at the White House, beginning tomorrow, a “non-scalable” fence will be erected around the complex with 250 Guard troops on standby.

As of Monday afternoon, Guard troops have been spotted in several cities, preparing for Tuesday night.

Guard troops were spotted at a Best Buy in South Philadelphia.

Guard soldiers spotted outside a retail complex in West Philadelphia.

Guard troops in a Humvee outside a Target in Philadelphia.

No location was confirmed on this Guard deployment. Check out what could be special forces UTVs.

Retailers have been boarding up their brick and mortar stores from coast to coast in anticipation of looting.

It is sad in America that major cities such as NYC and DC have to board up & have the National Guard on standby in advance of anticipated violence from the election. What should be a celebration of the right to free elections that makes the US great turns into a tense event.??? pic.twitter.com/as0DsoyYVW

Convoy of Guard troops spotted on a highway heading towards Chicago.

National Guard on standby in Massachusetts.

1,000 National Guard on Stand By in Massachusetts https://t.co/lDAh3zNvnQ #VOTE

Guess what’s back on city street corners – piles of bricks (read here & here for what this could suggest).

My buddy in Colorado sent me these pics outside his work of an unbolted bench, & a stack of bricks that just showed up yesterday. Seems the left already know @realDonaldTrump will win big & are getting ready for chaos. pic.twitter.com/2xFs8QS6h3

There was 200 person protest march in Seattle on Capitol Hill followed by 50 bicycle cops at 10pm Saturday night this weekend. 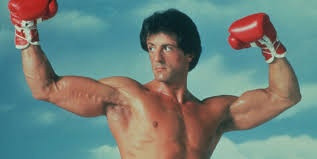 Why in the fuck is there only 1 side by side quad on that truck?

The thing can easily haul 16 tons!!
Itncould haul 20 of them, fuck i can haul the side by side with my honda CRV ffs!!

Like all things that concern Americans, this also seems more smoke in the eyes, in America there is a lot of despair but zero organization on the part of those who should revolt, with drugs, TV and junk food the oligarchies have solved all the problems, for now it is easier to see post-1929 scenes than anything that resembles a mass revolt, that they would brutally crush in a few hours.

Americans don’t organize, they follow orders and grumble. I feel your pain!

Hello there friend. Have you had a minute to remind a Trump supporter that Trump was defeated soundly?

What is this? Armored golf-cars for Trump’s residence in Florida? I see a palm on the photo.

Would not surprise me if $oro$ and friends have sent teams of snipers in, to kick-start US Maidan, using the Ukraine model.

NatureTruth
Reply to  AM Hants

The CIA color revolution and regime change have finally returned to haunt back US. Karma is a bitch

RT, have an interesting article and video. Jimmy Dores is being interviewed, for a RT show. He makes a lot of sense, when comparing the actions of Biden, who has never voted against any war, in his 47 year, political career.

How many wars has Biden been involved with compared to Trump?

Who doubles down on worse case scenario?

Who has caged the most children, from immigrant refugees? Biden or Trump?

List goes on and Jimmy Dore is not a Trump Supporter. Just wants a world without war and people treated humanely.

Jimmy did a good job. Like the domestic Trump, but, not the international stage Trump. Cannot stand Biden in any form.

Still one can compare whether the bandit is less evil than the robber, or rapist vs paedophile. That will help US voters to select the less evil.

This is what Americans want the the world to admire and emulate for a perfect democracy & free country.