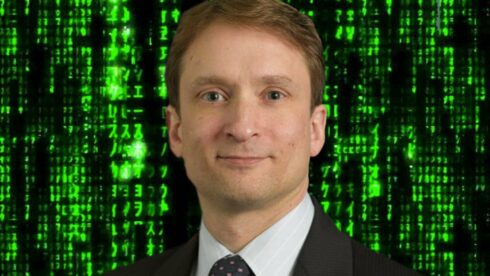 Lawmakers are expected to question Zatko’s claims that Twitter failed to disclose security and privacy vulnerabilities that could threaten users and investors.

What the former Twitter security head says at the hearings slated for 1000 ET could determine the next steps Congress, federal regulators, and law enforcement officials take against the social media platform. It could warrant a deeper probe into Twitter’s potential undisclosed security and privacy vulnerabilities.

Zatko’s allegations were filed to the Department of Justice, Federal Trade Commission, and Securities and Exchange Commission in August, paving the way for today’s hearing.

“Mr. Zatko’s allegations of widespread security failures and foreign state actor interference at Twitter raise serious concerns,” said senators Dick Durbin of Illinois and Chuck Grassley of Iowa in a statement. “If these claims are accurate, they may show dangerous data privacy and security risks for Twitter users around the world.”

Twitter has hit back at the claims, explaining Zatko was fired over poor work performance and is “opportunistically seeking to inflict harm.”

His testimony could also be pivotal for billionaire Elon Musk who has agreed to acquire Twitter but has tried to exit the deal based on bots and now the whistleblower claims. This comes on the same day Twitter shareholders are scheduled to vote on the deal.

Musk, who is currently fighting Twitter in court to get out of a $44 billion acquisition deal, is also likely to be closely watching Zatko’s testimony. Musk’s legal team on Friday sent a third letter to Twitter seeking to terminate the deal, claiming that a purported $7.75 million payment made to Zatko in June, prior to his whistleblower disclosure, violated the company’s obligations in the acquisition contract. The letter claimed that the payment was revealed in a court filing by Twitter earlier this month. Twitter hit back Monday calling Musk’s letter “invalid and wrongful” and saying that it has not violated the deal. -CNN

Congress needs to be nuked

So to fix the problem they will lock the whistleblower up for 40 years and tell twitter to be more careful in the future. Problem solved.

Have you guys read the news about Google selling advanced AI tools to Zionists to spy on real Jews and Palestinians? The “Nimbus” AI project. Zionist-stan is an apartheid “State”.

Hear me out – Zionist-stan is a blueprint or a testing ground for Western countries. The Pentagon, CIA, and FBI are working and watching how things shake out in Zionist-stan. If Zionists didn’t care they would move those systems to the West.

The amount of BS Zionists are telling is funny, most people think it is against Palestinians only, but that is not true at all.

The CIA and FBI have so much power over Americans and they can look up anyone in the country without any problems. People cry about China, which fuking funny – to them, it is a normal thing as EVERY country is doing so… China is open about and watch a few years down the line we see the West do the same shit.

iPhone 14 is eSIM-only in the US… Do you see what they are doing?

eSIM will be a “normal” thing in the future but they are pushing it now – they get more power, and they getting ahead of others (countries).

The new Iphone 14 has a built in crash recorder via satellite -this sends a signal to police that you have been involved in a crash .

A rich dumb idiot well over the limit crashed his Merc into a field so the phone phone out the police who found him highly intoxicated wandering about completely away with it -jailed then heavy fine and a long driving ban and forced to attend Drink & alcohol course for months .

I dont own a smart mobile and my car keeps complaining as it wants to shop me if I crash.( no I dont drink + drive) $1000+ for a whistleblowing phone is not for me.