According to representatives of the Russian Foreign Ministry, the American side supports the fight against terrorist groups only in words, while in practice puts forward new conditions aimed to provide a respite for Jabhat Fateh al-Sham (formerly Jabhat al-Nusra) terrorists. 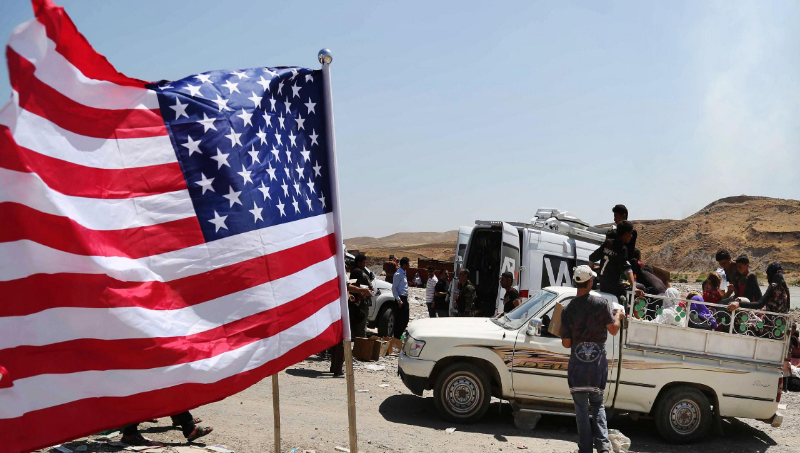 The US position on promotion of a political track of the Syrian settlement is still inconsistent, officials of the Department of Information and Press of the Russian Foreign Ministry said on Tuesday.

Russian diplomats noticed that the American side supports in words the fight against terrorist groups, acting on the territory of Syria. However, in practice, US representatives put forward new conditions aimed to provide a respite for Jabhat Fateh al-Sham terrorists.

“A question arises. What is this? An impotence of the US or someone’s deliberate line aimed to delay the Syrian conflict? An attempt to make advances to terrorists of the Al-Nusra Front is fraught with creation of a next terrorist monster,” the officials of the department stressed.

Earlier, spokesman for the Russian Foreign Ministry, Maria Zakharova, said that Western countries are responsible for the suffering of Syrian people because they support an opposition, which hides itself “behind the terrorists.”

Zakharova noted that currently Western representatives report about suffering of children in Syria at meetings of the UN Security Council.

“Arming the opposition and hiding it behind terrorists for 5 years, they helped them technically, materially and financially. And now they speak about suffering of Syrian children,” the diplomat resented.

Zakharova stressed that the US-led coalition is not able to separate representatives of the moderate opposition from terrorists. According to the spokesman, senior US officials assured Russia that Washington will need two weeks to separate terrorists and the moderate opposition in Syria. “This was in February and March. And now there is the end of August,” Zakharova told the Vesti FM radio station on Tuesday.

Will remind, at the last meeting of the UN Security Council, Permanent Representative of the Syrian Arab Republic to the United Nations (UN), Bashar Jaafari, said that the US-led coalition has damaged Syria’s oil and gas industry in the amount of $2 billion. In addition, he also noted that the coalition repeatedly struck at innocent civilians in Syria and infrastructure.

Russia and Syria are at fault for not kicking US out of Syria. They now only have themselves to blame for not standing up.

I hope that this is a sign that Russia is no longer going to be naive when dealing with the U.S. I hope that Russia has something similar to Kerry’s ‘Plan B’ in the form of a few motorized rifle / armor Brigades.

High mortality, low fertility and emigration of the well-educated are shrinking Russia

Tom Johnson
Reply to  enemies R among us

Careful, the use of facts will cause the readership to call you names, like “kike nazi hillary supporter who love schlongs of terrorists”. Factual statements confuse self loathing malcontents to no end. Peace/OUT

timeup2020
Reply to  enemies R among us

WTF has this to do with it? Russsians like their Vodka and fat, Russsians not afraid to die, its all lifes circle. Its quality not quantity to them.

Russia cannot see USA for what it is, its a corrupt lying decietful, warmongering, greedy nation. This is where the straight forward truthful Russians fall, they cannot see the total corrupt USA for what it is. It is not the Russsian way of thinking. Russia MUST change and never trust USA or UK again.