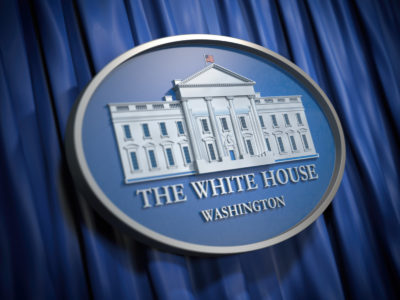 Such a policy makes the U.S. a distrustful partner for any country.

The U.S. has a habit of leaking information about its presidents, high-ranking officials, and the contents of confidential talks with other partners. Prominent examples of such leakages begin with documents published by Wikileaks and continues to Hunter Biden’s Ukrainian story, revelations about former President Donald Trump and more.

It was recently leaked that a meeting between Chief of the General Staff of the Russian Armed Forces, Valery Gerasimov, and Chairman of the Committee of Chiefs of Staff of the U.S. Armed Forces, Mark Milli, raised the issue of the possibility of the U.S. military using Russian bases in Kyrgyzstan and Tajikistan to fight terrorism, including in Afghanistan.

The Wall Street Journal leaked information about this meeting on September 27 by referring to information obtained from anonymous sources in the U.S. executive branch. The New York-based newspaper wrote that “while the U.S. and Russia share concerns about the threat of terrorism, the idea of working with Russia on counterterrorism is fraught with challenges, particularly politically. Congress enacted legislation several years ago that precludes close cooperation between the U.S. and Russia militaries as long as Russian troops are in Ukraine, unless the secretary of defense issues a special waiver.”

The fact that the leak came from the U.S. executive branch suggests that some within the state apparatus are attempting to railroad this small glimmer of potential U.S.-Russian cooperation that has the potential to warm relations. It is undeniable that the Biden administration is already under fire, especially from the opposition Republican Party, for the manner that the U.S. withdrew from Afghanistan.

With the international system shifting towards Great Powers having their own areas of influence instead of attempting global dominance, it was untenable for the U.S. to stay in Afghanistan and use it as a springboard to project their influence over Central Asia and challenge Russian and Chinese interests in the region. This is especially the case as the U.S. under Biden is in a state of global withdrawal as it has seemingly abandoned the Mediterranean to French dominance and now has little interest in Western and Central Asia. Instead, the U.S. is pulling much of its resources towards the Pacific region to challenge the rise of China, a process that began under Trump.

Despite this change in the global system and the U.S. withdrawing from competition with Russia and China in Central Asia, Russian President Vladimir Putin showed his willingness to repair relations with the U.S. by discussing the possibility of American troops’ presence in Russian bases in Central Asia to continue their counterterrorist operations.

Responding to this, Republican lawmakers sent a letter last month to Secretary of State Antony Blinken and Defense Secretary Lloyd Austin claiming that “Russia is more concerned with gathering intelligence on the U.S. and our allies than it is sharing information on terrorist threats.”

In this way, it is very evident that the so-called Deep State, this time using the Republican Party, wants to destroy any potential rapprochement between Washington and Moscow as they falsely believe they can maintain a U.S.-led unipolar world order. There are strong suggestions that the leak was made to the Wall Street Journal for this very precise reason. It also suggests that the U.S. state apparatus goes much deeper than any elected president as despite focus shifting towards China in the Pacific Ocean, Russia still remains a priority country for the Deep State.

This is not to exonerate President Joe Biden of course, as he too publicly continues with aggressive rhetoric against Russia. However, at least in the background we know there are attempts for cooperation, even if they are purposefully being thwarted from within Washington.

It must be noted though, leaks are not only used by the U.S. to thwart attempts of cooperation with Russia, but also to undermine so-called traditional allies. It is remembered that only last month France discovered that its strategic partnership and defense deal with Australia was ended through a surprise media announcement of AUKUS – a trilateral partnership comprising of the U.S., UK and Australia to oppose China.

On the opposite end of leaks, Washington did not even bother to notify France about AUKUS before its official unveiling, triggering the recall of the French Ambassadors from the U.S. and Australia, but not the UK because as French Foreign Minister Jean-Yves Le Drian said: “We know their constant opportunism.”

Therefore, the U.S. weaponizes information and leaks against not only their adversaries, but even traditional allies like the French who secured U.S. independence from the British and gifted the famous State of Liberty. This behavior suggests that the U.S. has contracted its ideology to a narrow Anglocentricism and Anglo-chauvinism, where even its long-time allies like France has critical information withheld despite how it would drastically change their Pacific policy and economy after losing a $66 billion contract with Australia.

Although leaks about cooperation with Russia can be expected because of Deep State interests, the withholding of information from France demonstrates that the U.S. does not discriminate between rivals and allies. This makes the U.S. a distrustful partner for any country, with the exception of maybe the Anglosphere, knowing that it weaponizes information so long as any advantage can be made.

Russo-phobia in US comes from the same source – so no surprises it shows up in Wall Street Journal. It comes from ethnic Ashkenazim, who are obsessively fixated on own grudges, from past centuries, against Russia. These are Ashkenazim immigrants in US, large numbers originating from Ukraine, who grew up with Russo-phobic family views, ossified in past centuries (with major doses of self victimization and revenge fantasy complexes). Can take decent guess at identity of who leaked this info in attempt to derail any potential US-Russian coordination over central Asia.