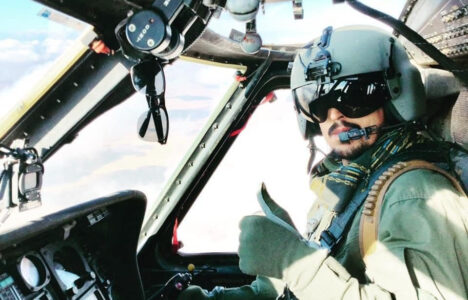 US continues its interventionist policy in the Ukrainian conflict, prolonging tensions and security crisis.

According to recent reports, the US is recruiting Afghan pilots to fight in Ukraine. The objective would be to restore Ukrainian Air Force troops after the numerous casualties caused by Russian forces during the special military operation. With that, it remains evident that the US wants to prolong the conflict at all costs, even if it is necessary to sacrifice more and more lives.

In a recent interview, an anonymous source from the US military and diplomatic circles informed Russian media that the Pentagon is running a secret training program for Afghan pilots who allegedly fled the Central Asian country with US forces after the Taliban took Kabul. The combatants would have fought alongside the American occupying troops, which is why they feared punishment from the Taliban government, and for that reason they received asylum in the US.

Currently, the program is being conducted within the US territory, in the state of California, with plans to send the pilots to Europe soon. They will be integrated into the ranks of the Ukrainian “resistance”, with the aim of recovering Kiev’s military power, considering that the local air force troops have been practically decimated by Russia. Currently, the Ukrainian air combat capability is extremely weakened, as there is not enough personnel or equipment to maintain the routine of confrontations, so, Western aid is really the only way to keep Ukrainian military active.

In addition, it was informed by the source that not only pilots would be participating in the program, but also Afghan troops with other military specializations, mainly former members of special operations units. The case reveals that the US continues to work with an aid program to Kiev that goes far beyond the simple supply of weapons and money, with fighters being mobilized to replace ranks after Ukrainian casualties, which undoubtedly characterizes a high degree of interventionism. However, the informant believes that even with this help there will be no change in the final outcome of the conflict, considering the undeniable advance of Russian forces. In fact, no military aid from the West seems enough to prevent Moscow from achieving its goals in the operation.

“As we know, the Pentagon began recruiting former Afghan pilots who ran to the US together with the Americans a year ago. Their training now kicks off in California with plans to subsequently dispatch them to Ukraine via Poland (…) All these hysterical attempts ‘to plug holes’ will only postpone the Kiev regime’s military catastrophe and the political one of its ‘sponsors’ in Washington (…) They won’t impact the end result”, the source said during the interview.

This type of assistance with troop mobilization is not the only one being operated by the US and other NATO countries. There is widespread mobilization for foreign mercenaries to be deployed in Ukraine. Western media channels have been spreading false information about the conflict, trying to make it seem less dangerous and intense than it really is, talking about a non-existent Ukrainian “reaction”, only to motivate citizens of other countries to volunteer. As expected, these initiatives have had catastrophic consequences, as many people with no previous military experience are landing in Ukraine and dying quickly during the intense clashes.

On the other hand, there are indeed many trained and experienced military personnel arriving in the country to face Russian forces. Before this information about Afghan troops emerged, it had already been reported by sources that many of the British “volunteers” who were landing in Ukraine were actually secret special forces agents.

However, at no time did any military intelligence report indicate any real improvement in the combat capability of Kiev’s armed forces with the receipt of this type of foreign aid. The Russian troops neutralized the main strategic points of the enemy forces, so that any form of aid seems ineffective to provoke a reversal of the military scenario, serving only to induce a prolongation of the clashes.

The West is acting directly with its interventionism. It is no longer about logistical and material support, but about real human resources, as troops are being mobilized. This situation needs to be discussed, with clear condemnation against the American – and British – attitudes by as many countries as possible. Moscow has clearly prevented escalation and even reduced the intensity of the military actions in order to avoid civilian casualties in Ukraine, but if the West continues to intervene directly in the conflict, tougher measures will inevitably be taken.

Afghani can get raped again. Just like old times…

The gods will probably intervene if enough people ask them to.

It seems to me that Allah has heard the prayers of someone else, since there are Afghan Muslims who are carrying out missions for the United States.

As is well known, the gods see and know everything that happens on earth, if they are not too busy on other planets they have created and are still creating.

Do you mean the Soviet Union, they left Afghanistan buddy…like the USA.

Also, I remember reading that UA has pilots but not jets/heli/etc.

Well, USSR (not Russia) pulled out and left some government that lasted 5+ years after they left. Since then Talibans (the opposing force, that won with heavy USA supports (you called those same guys mujahedeens then)). Then USA came to kick some sense into beast they created. And then they got kicked and was literally running away… Do you notice any difference between these two “pullouts”?

Nice to see someone can provide factual history!

I would assume that Russia reacted in the same way and gave some support and arms help to throw the USA with lackeys out of Afghanistan.

But it was China that came away with the victory by getting permission to mine and trade.

The USA never left cuz the taliban was beating them military they left cuz they realized the mess they created couldn’t be fixed the taliban were hiding in mountain till the US announced it was no longer participating in military actions. Unlike Russia oops I mean ussr actually lost military and ran home. I maybe wrong but isn’t Putin trying to make Russia the USSR of old?

Have fun in what will be left of your short punk-a$$ed life!…

To ALL those well trained and obedient Afghan “vol$”…

YOU DIDN’T DO THIS – https://www.ae911truth.org/evidence/technical-articles/articles-by-ae911truth/845-nist-confirms-its-building-7-report-is-indefensible-part-1-of-5-the-omitted-web-stiffeners

But I’m certain by now that you already knew that!… Which means you and your loved ones must be suffering from acute “Stockholm Syndrome” given all that torture and murder to keep you “$aluting” courtesy of the uninvited house guest that doubled as a warden for 20 years!…

In the first sentence “The thing is, in science we do not simply take people at their word.” is enough for the illiterate Islamists who can read to reject further reading.

For them, science is something invented by the devil.

Can the S300 detect flying carpets, that is the biggest concern about this!

Oh yeah, did you guys read about the story of a US drone strike that killed an Afghan aid that worked for the US for 15 years? That drone strike also killed 7 children.

These fuking satanic fuk now dead ass asking these Afghans to die in UA. Like holy shit how fuking lowlife are yanquis?

These children are now in Paradise where they are better off than when they lived on earth.

Now they get everything they need if the myth is to be believed.

In Paradise there is room for many more believers.

OK! Afghan pilots trained in California, to fly what? F10s, F16, 22s F35? The article doesn’t make sense, unless US fighter jets magically appear. I’m sure the Russians would look forward to sharpening their AA defenses against America’s best.

Of course the USA is sending Afghan pilots because they were so successful in defeating the Taliban. They say it takes a smart man to fly a fighter … given the USA’s track record of throwing allies under the bus I wonder how many will fly suicide missions for the USA compared to those who defect to Russia with their aircraft.

Um … guys? Did you look at the statistics before you signed up? Ukronazi airplanes destroyed by Russia 278, Russian aircraft destroyed by Ukronazis 1. Hope the Pentagon’s paying you plenty. Your families will need the money.

If it is 3 k a month, they dont last that long.

” the US is recruiting Afghan pilots to fight in Ukraine.”

Hope for their families they get paid in advance.

Why would the Afghanistan pilots help? The US failed them in the Afghan war, and can’t do anything to ensure they don’t get wiped out like the Ukraine pilots. It’s loss loss, this idea the US has.

i wonder
Reply to  Kev

because they were taken with to america, they are probably grateful for the us wrecking their nation to then invade them, make the afghans of the future pay the debt and took these ppl and their families out when it was made impossible to stay. They couldve easily been one of the thousands abandoned to be prosecuted. They wont realize this, most pro american afghans grew up with US media and film.

Russia owns the sky. Can someone tell the idiots at al CIAduh that their (good) goat herders in obsolete flying machines is a non starter. It’s over, morons. Get USed to the all new new world order and it aint yours.

the longer this last, the more money they can make

US betrayed these men and left them in the shit already how could they be stupid enought to work with them again?