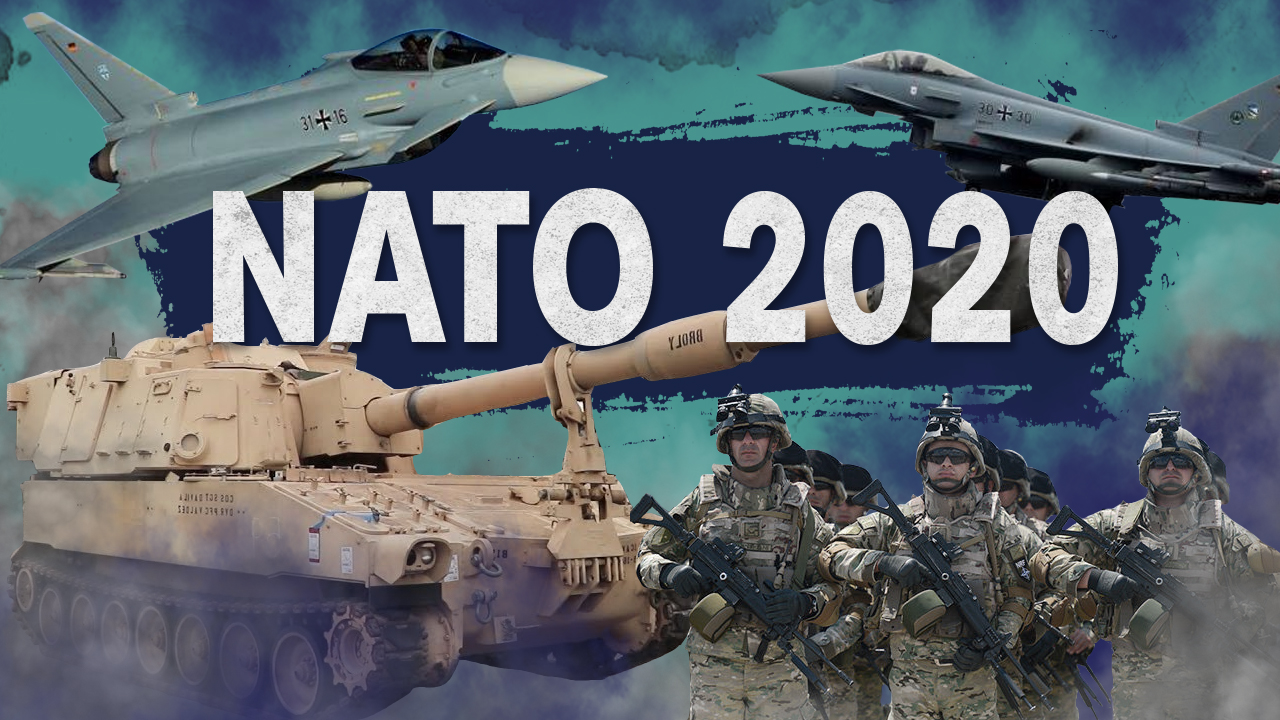 Europe has been waiting with sinking heart for Joe Biden to come to power, assured that he could ease a trans-Atlantic dispute about burden-sharing among NATO members.

Hopeful Germany is struggling to please the new administration in the White House. Berlin reported a record numbers in NATO defense spending for 2021, submitting a 3.2% increase in budget over the previous year. However, this is still not enough. Such an effort should be a harsh challenge for German economy that suffers from COVID pandemic blows. It has also agreed to extend its military mandate in Afghanistan into 2022.

In response, large-hearted Biden has frozen (but still did not revoke) former President Donald Trump’s plans to withdraw U.S. troops from Germany.

Washington is unable to significantly change its policy towards its European allies due to the current dire economic environment. That’s why it only makes superficial concessions and loud claims.

This was clearly demonstrated during the recent online meeting of NATO Ministers of Defense. Despite the global economic shock, there was no sign of lifting the demands to fulfill their obligations to increase defense spending.

In fact, being unable and unwilling to change Trump’s approach towards European countries, Washington insistently declares the importance of unity pursuing an image of dangerous external threats. 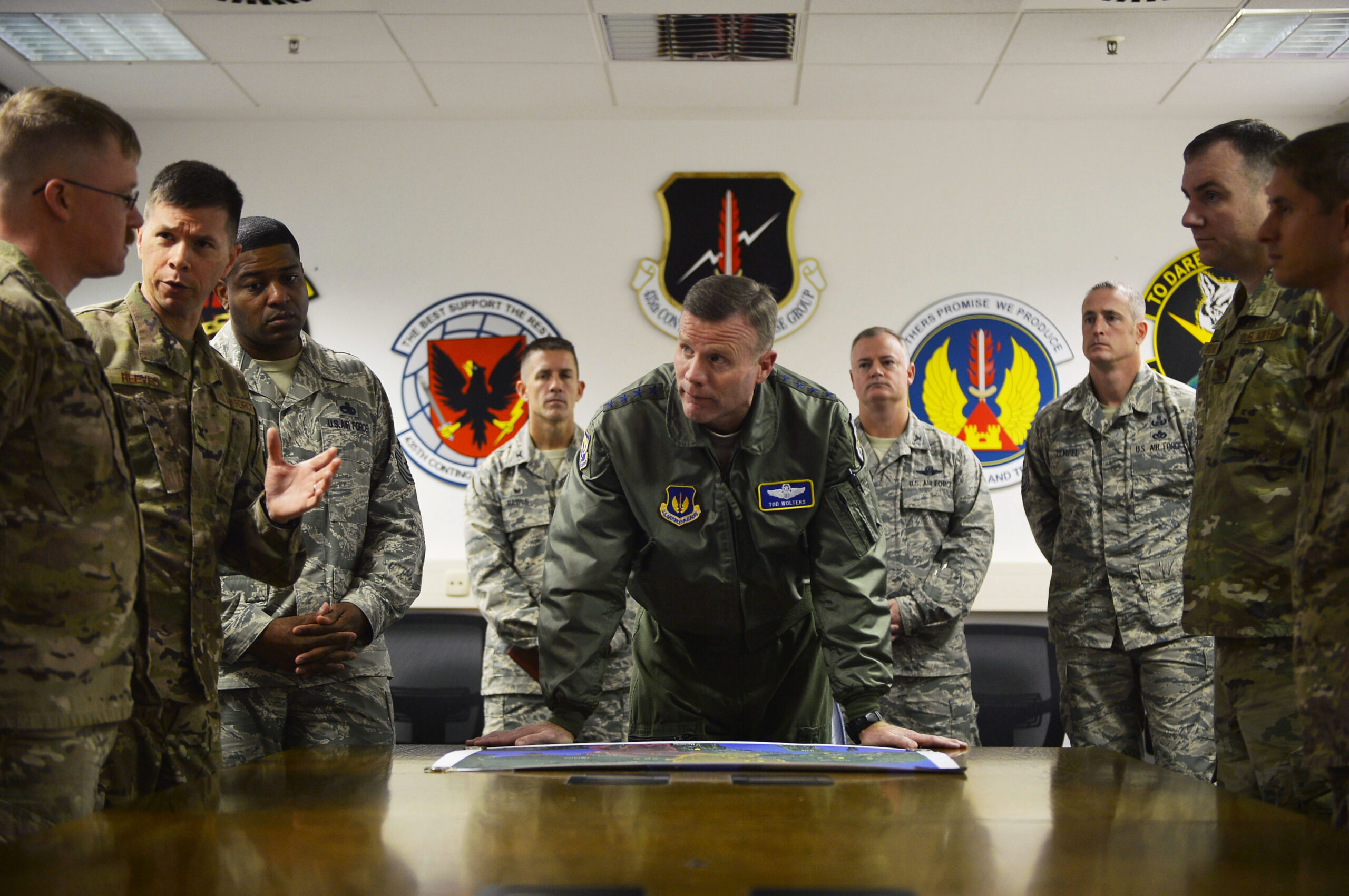 At the recent Air Force Association’s Aerospace Warfare Symposium, Сommander of the US European Command, Air Force General Tod D. Wolters emphasized the goal to preserve the current global order and to oppose the common enemies that are primarily traditionally represented by Russia.

“We live in an increasingly complex and contested world,” Wolters said. “Political uncertainty, energy competition and diffusion of disruptive technology are stressing the established rules-based international order, [and] threats and challenges seek to take advantage of these conditions through aggressive action, using all instruments of national power [that] are backed by increasingly capable military forces.”

“Our air forces in Europe play a critical role — as do all of our components in all domains …Beyond exercises, we conduct operations and other activities to compete, deter and prepare to respond to aggression, including presence in the Black Sea region.” – Walter said, implying recent stage drills and engage in a series of stand-offs with Russian sailors in the Black Sea.

Wolters added that Moscow seekes to maintain a sphere of influence from the Soviet era by retaining or employing forces to coerce neighboring Soviet-sovereign nations; that in this global power competition, Russia is employing unconventional tools such as private military companies to intimidate, weaken and divide U.S. allies and partners. 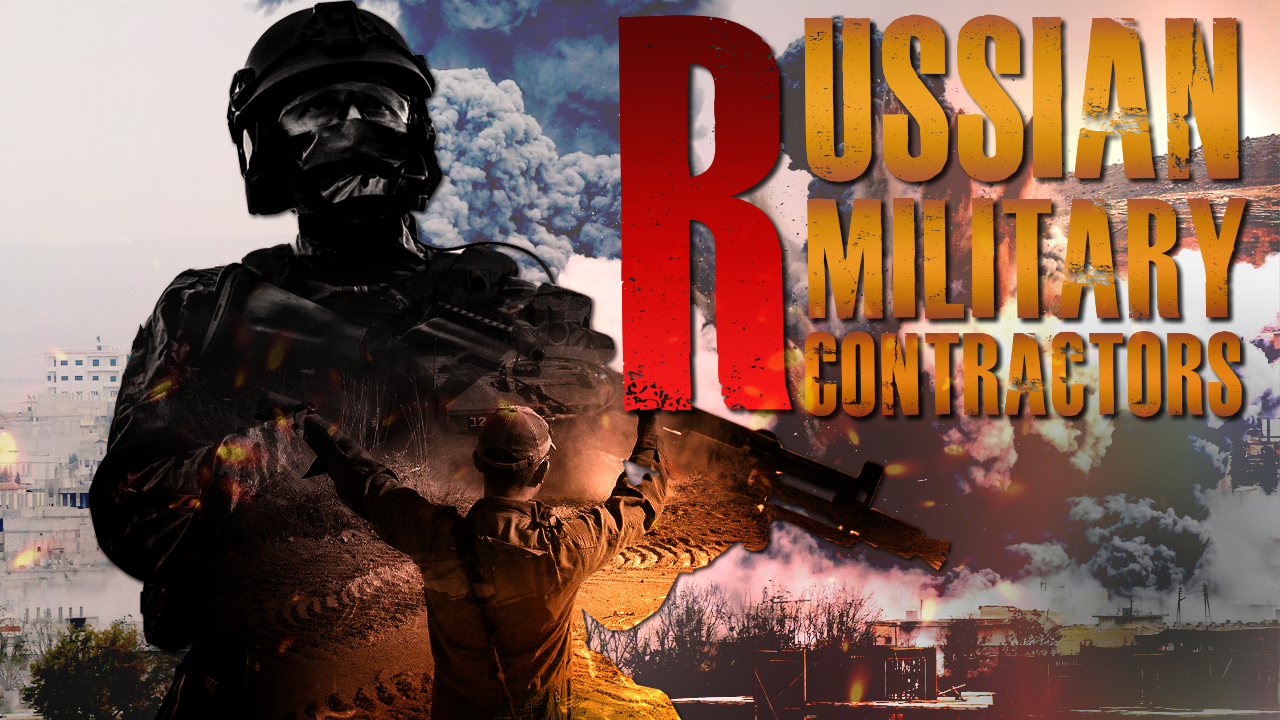 Accusing Russia of using the Private Military Companies (PMCs), the US Commander apparently forgets who exactly introduced this practice in the international politics.

Today, the PMCs have become one of the most demanded and effective tools in solving the military tasks of many states. For the first time, they were introduced by the United States, and they have been actively used since the 80s.

In their turn, Russian PMCs are only active for the last seven years.

Wolters’ claims that Moscow seeks to maintain a sphere of influence from the Soviet era are also groundless. Today, such a large state as Russia is trying to ensure its own internal security by stabilizing the border areas. It is absolutely natural that Russia is interested in maintaining stability in the regions with which it has historically been closely linked since the times of the Russian Empire and the Soviet Union.

The American Commander is trapped in his illusions of the exclusive mission of the American state. In modern conditions, the idea of the US exclusiveness as of the global democracy exporter or a world policeman is no more valid. Even the Americans themselves do not believe in it. It only serves as the mean of justification of aggressive military actions by US military forces.

Such statements are extremely dangerous for the entire world stability: “Everything we do is about generating peace. We compete to win, … and if deterrence fails, we’re prepared to respond to aggression, primarily through NATO,” Wolters, also NATO’s  Supreme Allied Commander Europe, said.

The statement by Tod D. Wolters clearly demonstrates that in case of West-Russian crisis aggravation, Washington is ready to launch the first devastating military strike.

The Chinese have the right idea on how to deal with American fat a$$holess:

This is the most dangerous deep state controlled government since the Reagan and Thatcher era and worse since Biden is senile and Jews have total control over him. The US will go for broke and keep pushing Russia, China and Iran and try to isolate them. NATO is now under complete Zionist control and Blinken reports directly to Nethanyahu.

And Zionists have total control over him. Even Reagan was a mere puppet. Thatcher destroyed UK economy and enalave Englishmen to nemesis USA. Not so much Jimmy Carter.

The Anglos are evil by nature. Just ask us Indians who were killed in millions and ripped off to the tune of $45 trillion.

Put another zero to that sum. And still living hell on Earth is England, loads of poverty.

It is just one example of how US economy and by extension, US empire, runs on the charity of others. There is increasingly less merit or basis for anything. Yes, it is true that vassals and protectorates pay tax for their overlord throughout history.

Biden has been a mediocre corrupt deep state operative for 45 years and the Anglo-Zionist self-destructive agenda is endless global wars and chaos. They are failing in most places except the corrupt Wahhabi Arabs and Ukraine. If Russia becomes more assertive, the US and its vassals are more weak and vulnerable now as they are bankrupt. The USSR collapsed as it failed to create a strong domestic economy or provide basic services to its people, China is a different kettle of fish as its rising military might is based on sheer economic power. That is the reason India did not fall for the Anglo-Zionist plot to create a destructive war.

China had emerged as India’s biggest trade partner in the first half of the financial year 2020-21 too, pipping the US, which had held that position since 2018-19. In 2020, two-way trade between India and China stood at $77.7 billion. This is despite US efforts to create tensions and threats of sanctions.

There’s no difference between EU and NATO though, both terrorist Ziocorporate globalist mafia outfits to transfer wealth and knowledge to the top of the pyramid, just like the US. These are the kind of scum Putin and Xi advocate business and partnership with.

The only scum are cia nazi cokheads up there,check em out roided n all(one hit wonders)

The others trade diligent,so nose outta joint because you have no solutions which make you the problem,no? These days you gotta vy for the lesser evil or just live for it with your flashy lgbtq agendas!

Who reads your fucktarded bullshit anyway? Be thankful to me you get paid to keep preaching you cheap hasbara.

All is biased to lies in this article. Its Hill Billie propaganda.

jensy an expert on propaganda–she writes CIA lies at SF

Well atleast it don’t pretend to be jesus,unlike other pro fagglet/cia one hit wonders

Actually they are all over most western medias and also are allowed to be debated.

Just look at that pyramid with that eye on it. USA wants to destroy Europe and enslave people.

An empire embarking upon the middle phase of it’s late stage in life is the most dangerous. The United States of Globohomo is delerious with terminal cancer, rotting from the inside, economy is breaking down, printing more ZOGbux than there are stars in the observable universe to keep the stock market afloat. But still wields considerable strength and is likely to cause a lot of collateral damage during the process of falling into the permanent dirt-nap.

Assad must stay
Reply to  Phoron

Thats rethoric is for nothing..we have seen what happened in North Korea…when Trump administration was about to attack and South Korea and Japan asked for dialogue because they knew the risk of the possible use of Nukes. I dont think that EU countries want a military confrontation with Russian armed forces.

Nor do I. Only place on the Earth with no corona cases NK. What China and North Korea should do is to arm Vietnam to the teeth.

Lookie here. Just like I was speculating, the pin prick attacks in Iraq against ” US ” convoys are now being used as a pretext for US attacks in Syria. How fortuitous for the Zios. To think that all those poor dead tires led to this.

Nothing one bullet to the head can’t fix to it’s begotten fascist skull,what a homosexual fkwit!

The moronic “rules-based international order” reference is just embarrassing as the last thing American officials observe are rules, not to mention common decency.

Biden’s Secretary of Defense just ordered the bombing of Iran-linked bases in Syria to “de-escalate” matters. I kid you not. And this clueless officer thinks that the US can treat the Black Sea like Lake Michigan. He must think the Russians have never heard of anti-ship missiles and super-cavitating torpedoes.

This “Russian aggression” garbage is pulled right out of the air. They endured 70 years of tyranny and misery and now they’re fixated on recreating the splendor of Soviet power? Sure they are. Number one priority!!!

It’s the hyper-aggressive, utterly dishonest Americans who recklessly interfere everywhere. Not one word out of the mouths of US officials can be trusted. We are all living in a Golan & Globus movie.

Washington cannot seem to comprehend that although they might like thinking that they are geopolitical alpha’s, the cold economic facts are that their countries economy can’t really afford doing it, impoverishing themselves (or rather 99% of Americans) to make them (1%) feel overbearing importance.