The administration of US President Barack Obama is going to announce introducing new sanctions against Russia in order to punish the country for the ‘interference’ in the US presidential election. 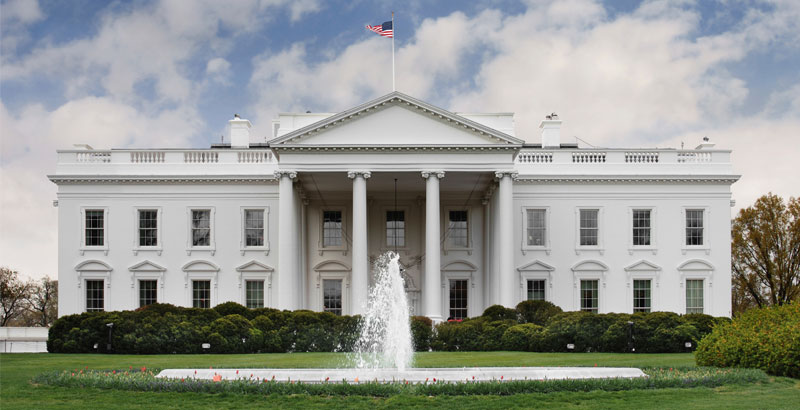 The Barack Obama’s administration is close to announce introducing new sanctions against Russia in order to punish the country for the ‘interference’ in the US presidential election, the Washington Post reported, citing high-ranking sources. As the newspaper noted, it is referring both to economic sanctions and measures at the diplomatic level.

According to the newspaper’s sources, the Obama’s administration is currently finishing to elaborate details of such sanctions. Some of them, perhaps, will include covert operations, such as operations in cyberspace.

As the Washington Post reported, the public measures can be announced already this week.

For introduction of some sanctions, the White House is going to revise the decree of 2015, which gives a US president full powers to respond to cyber attacks, carried out from abroad, but it does not apply to cases, when the attacks were made in order to influence the electoral system.

One of the methods, which would allow the US president to respond to the Russia’s ‘interference’ in the election is to declare the electoral system a part of the ‘critical infrastructure’ of the US. Another method is to clearly define the term ‘interference in the elections’ as a new threat, the newspaper noted. Administration officials are also working to ensure that it will be difficult to cancel these innovations for the president-elect Donald Trump, the sources pointed out.

In mid-December, Obama promised to assume measures against Russia, which is accused by Washington of interfering in the US elections. “I think there is no doubt that when any foreign government tries to impact the integrity of our elections that we need to take action,” Obama said at that time, adding that “some of it may be explicit and publicized; some of it may not be.”

It seems that Washington and mainstream media live in their own fictional reality, where terrible Russian hackers intervened in the US elections and ensured the victory of Trump. However, there is no real evidence of this fact, except of their desire to believe that it was so. Now, the Obama’s administration is discussing a possibility of introducing additional sanctions against Russia in connection with some virtual fact. This logic of actions and justification of these actions demonstrates the bankruptcy of abilities of the Obama’s regime, which instead of admitting of mistakes in the internal and foreign policy only can look for guilty persons. And Russia has been chose for this role.

With a 650 + billion annual defense budget, Washington and it’s security agencies 16 in total if I recall correctly, can’t even produce one single piece of evidence, to substantiate this rather fantastic, not to say ridicules claim.

The American public…..easily deceived! The controled media push the Fake news crisis and create the fact check system for Media….which is linked to CIA and other agencies which Spy on everything Internet and other. This public who knows their Politicians and media lie to them, Accepts the new correction and twitter away about everything Kardashian …..and Putin interfere with US Election.

“We’re an empire now, and when we act, we create our own reality. And while you’re studying that reality—judiciously, as you will—we’ll act again, creating other new realities, which you can study too, and that’s how things will sort out. We’re history’s actors…and you, all of you, will be left to just study what we do.” (Karl Rove 2004 )

the quote of Karl Rove is a great find. I did not ever read about that.

Roves comments describe 911 to a T.

well, yes. WTC bdg 7 is the masterpiece of brainwashing, the mother of all lies to the mother of all the brainwashed peoples. Even inside the 911 collection of infamy towards an entire nation (and the entire world), that stands out as something which has no precedents, and likely will never be surpassed.

It’s official now, we have the “Ministry of Truth” funding by liars.

In this way the try to invalidate the electoral result and grant a new “temporary” mandate to Obama.

Imbeciles !! The people will see it as a sign of their cretinism !! And the stupid penguin wanted to leave a “legacy” !! Yes We Can = The biggest Con Job of the Century !!

US intelligence agencies have been sued by some journalists, asking to present evidence on the alleged hackings. In regards to the bullshit sanctions, they are doing those so that Trump will try to remove them, so that they’ll make a stronger point in try impeaching him, with the argument that he’s a russian agent. Most of the political decisions the Obama administration will do until its removal will be in this direction, to prepare the ground to impeach Trump.

Doubt it. Obozo is overplaying his hand and I doubt if everyone in the deep state is rooting for the idiot in chief.

lmao. Obama does not pertain to this subject, since he’s packing up his shit on january 20. His single, only duty now is to put up the basis to make an impeachment of Trump easier. The measures like those described in the article fullfill just that, to force Trump to appear the more possible pro-Russia. As the US intelligence agencies are pretty much outside the control of the government (And they abundantly proved this), they will be used to fabricate evidence of Russia wrongdoings against the United States and its allies. When Trump will try to remove sanctions and restore dialogue with Russia, the medias will start a massive campaign to make the public believe he’s treasonous. At that point they’ll have easy ways to try an impeachment, without having the people doubt that they’re actually making a coup d’etat.

Let’s see them try to PROVE that working with Russia to destroy ISIS is a “treasonable” offense. The key here is Russia. The neocon globalists are about to get their asses handed to them…AGAIN. Wait and see.

This is fear, not reality.

Agreed, and I believe recent efforts by Trump and Putin to create the impression of mutual hostility are merely a defense against this sabotage by the Obama administration.

Ironic as the US has fucked multiple over countries, toppled governments, killed people that resist and now insults everyones intelligence by creating a false narrative about Russia being involved and with not a shred of evidence. It appears to me that it was the American people that did the deciding.

Yes, We decided no more PC-anti-Christian-racist-lying-globalist-warmongering BS, on November 8th, 2016… I hope y’all got our six.

Did the Russians really rig the 2016 US election? You bet they did! Secret documents recently discovered in a bin behind a Kremlin-district 24-hour cabbage and tobacco store reveal for the first time the devious extent of Russian interference. These plans were decades in the making. Read on, as never-before-seen communiques between Russian agents Sergei Potrov and Dimitri Bienko outline the wicked plot – beginning in 1947, on the day of Hillary Clinton’s birth: …

So they outed Boris and Natasha?

The WASHINGTON POST and BBC and CNN have interfered in every US election by lying to the people every time telling them that their man does not stand a chance. Like they did to Ron Paul. https://www.youtube.com/watch?v=NgA2RYoSEn0

First of all, hillary and the DNC proved to the world that there IS NO INTEGRITY in U.S. elections, which is what this maneuver is designed to cover up. Secondly – PRESIDENT TRUMP TAKES OVER IN ABOUT THREE WEEKS. Stay strong brothers, the cavalry is on the way.