Joe Biden, the candidate from the pro-neo-liberal/globalist part of the elite of the United States, in the upcoming presidential election officially confirmed that the Washington establishment sees the Patriarchate of Constantinople as a useful tool of its neo-liberal agenda and vowed to support it. The statement, “Joe Biden’s vision for Greek Americans and U.S.-Greece Relations,” highlights both the presidential hopeful’s past achievements on Greek issues both at home and abroad and his promises for the future if elected president.

Regarding religious issues, the release emphasizes Biden’s “unwavering support” for the Patriarchate of Constantinople:

Joe has long been a strong supporter of the Ecumenical Patriarchate, and given unwavering support for the ability of the Patriarchate to function in its role as the center of the Greek Orthodox Church. He treasures his visit in 2011 to the Patriarchate and each of his meetings with His All-Holiness Ecumenical Patriarch Bartholomew. He has called on Turkey to permit the reopening of the Halki Seminary and criticized the recent decision of the Turkish government to convert the Hagia Sophia into a mosque.

Biden’s support for Pat. Bartholomew and the Patriarchate also included support for their project of creating the schismatic “Orthodox Church of Ukraine” in 2018.

The statement also notes that Biden was the recipient of the Greek Orthodox Archdiocese’s Athenagoras Human Rights Award in 2015.

Vice President Biden promises to “continue to be a strong voice for religious freedom globally, including the rights of the Greek Orthodox Church.”

The statement also refers to Biden’s position on Greek economic issues and the current tensions with Turkey.

Lol. The same patriarch who clapped as the filthy Turks turned Hagia Sofia into a devil-worshipping mosque.

Never you mind jobs done it’s on its way to hell,see I even had a divine dream and it wasn’t funny:

What liars, they speak as if no one in the world knows that their only god is money.

So how come the Orthodox Church can manifest under the umbrela of the neo-liberal & anti-christian globalist elite in an anti-christian islamist country, that is turkey, which, btw, it is supported by the same evil people?!…

PS…Of course , we all know that the so called echumenical patriarch is not even a christian not to say a christian orthodox, but just a tool in the hands of the globalist elite so as the present pope is…

Its a wedge to wage war in Turkey.

Tommy, please can you be more concise?…

Neo-liberal globalists are enemies of christians.

One of the last churches for Satan to take over with the help of demonic pedophile child sex killer Biden.

Thus lgbtq transgender transition heirachy to society,nwo creep must be exiled for good!
Though it can be assured it’s destiny is hell,oh well:

Owned by Turks since 1453. now holding hands with demon.

Erdogan is Islamic brotherhood member and covert Wahhabi that works exactly what CIA tells him.

It looks like the Biden pedophile rape and torture videos are going to put an end to his chances of winning the presidency. Mike Adams is now reporting that all high democrats including many governors and some mayors are required to engage in this type of activity as a prerequisite for office. And that secessionist movements led by Newsome in California are in process. And that even with a Trump victory efforts to destroy America are proceeding.

I’m working on my trip itinerary for being in Dulles, VA and Washington, DC the week of January, 20. To observe political, security and economic events. This may include a visit to a private military specops school in the mountains nearby capable of running 20 to 50 man ops to talk with the owner that I’ve been in communication with about ET/ED contact work security.

I’m thinking about changing the stock on my .223 back to the original folding stock that it came with that I still have so that it’s east coast legal in states with accessory restrictions.

The SU16 with the original stock can be folded for transportation and storage. 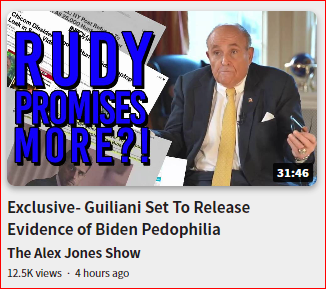 This video describes operation power grid in response to the Biden pedophile rape and torture video. To take down the US government using full autos, mortars, rpgs, and armor and begin the process of the secession of California and other states. 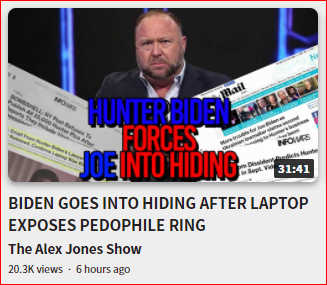 Biden couldn’t care less about the Orthodox church, or the vast cultural heritage loss to Europe of the Hagia Sophia (spiritual center of Eastern Roman Holy Empire) – this is about Biden and his corrupt Ukrainian cronies – and their aim to permanently wrench and divide Ukrainian Orthodoxy away from Russia.