The US continues to use Ukrainian soil as a base of military operations, generating unnecessary tensions in the region.

Despite its recent defeats in Central Asia and the Middle East, the US makes it clear that it will continue to maintain a strategy of global presence and ongoing tensions against its main geopolitical enemies. This week, US and Ukrainian troops began the first maneuvers in the new edition of the Rapid Trident, an annual military drill operated by the two countries in the Russian border region. The act is provocative and, contrary to what the Ukrainian government thinks, does not represent any strategic advantage for Kiev.

On September 20 began the newest edition of Rapid Trident, the annual military exercise in which American and Ukrainian armed forces provoke Russia in the border zone and unnecessarily threaten international peace. In addition to Washington and Kiev, which coordinate the event, military personnel from fifteen countries are participating in the maneuvers, totaling more than 6,000 fighters. The tests will last until early October and are aimed to prepare the nations involved for joint operations in a possible scenario of combat against Russia.

Commenting on the case, Polish General Władysław Kłoczkow stated that the Rapid Trident 2021’s maneuvers are “not only the next stage in the improvement of military art”, but also “an important step on the road to Ukraine’s Euro-integration”. And he continued: “The operational capabilities of our troops will increase, the level of interoperability between divisions and staff of the Armed Forces of Ukraine, the USA and NATO partners will improve.” Kłoczkow is leading his country’s troops that are participating in the exercise and on another occasion, he stated that during the event Ukraine will be sharing with international partners its experience of resistance against the “Russian aggression” in the Donbass.

Another point of interest to be highlighted is that one of the locations where the drills are being conducted is precisely at the Center for Peace and Security Operations in the Lviv region. This location is very close to the Belarusian borders. This means that in addition to an unnecessary provocation against Moscow, an absolutely arbitrary action against Minsk is being carried out, which makes peace in the region even more unstable.

This year, Rapid Trident is showing some peculiarities that make it even more dangerous. According to Vitaliy Nehodenko, Head of Multinational Exercises of the Ukrainian Land Forces Command, current commander of the Rapid Trident 2021 Planning Group, this year’s maneuvers will be carried out in combination with the “Joint Effort 2021” drills, another program of major military tests operated by Kiev in partnership with NATO. More than 12,000 soldiers are involved in the Joint Effort exercises, which will take place between September 22nd and 25th. For this reason, several extraordinary multinational military units will be formed across Ukrainian territory at the same time, including in extremely tense regions such as the Black and Azov Seas.

Considering all these facts, it seems clear that Kiev will insist on maintaining its partnership with Washington at precisely the most delicate point of global geopolitics, which is the conflict of interests between the US and Russia. For the Americans, this partnership is extremely profitable, as Ukraine serves as an operating base on the border with Russia. But for Ukraine itself, the advantages are extremely dubious. The country puts itself at risk with a much stronger world power, counting on a partnership of which it has no guarantee.

Recently, NATO withdrew its troops from Afghanistan immediately when it was in Washington’s interest and literally abandoned European countries’ officials to their own devices in the Central Asian country. Diplomats from NATO member countries could not count on NATO own support when their lives were in danger during the takeover of Kabul. Ukraine is not even part of NATO, yet the Ukrainian government believes that if there is a conflict with Russia, the organization will intervene to help it, which sounds absolutely naive. The Afghan case shows what NATO does with its own members when it interests the US – in cases of non-member countries, it would be even worse.

Luckily for Ukraine, war is not in Moscow’s plans. Such “aggression plans” only exist in the Western, as a way to justify the constant and growing escalations of violence. The Russian government prefers to invest in a non-intervention strategy waiting for the moment when Kiev will realize that it is more advantageous for its own condition to assume a posture of international neutrality and seek regional integration with Moscow. Until that day comes, the US will continue to use Ukrainian soil as a base of operations to pretend to protect the country from non-existent danger.

Russia is not happy at all.

Truth is, United States and Russia have both been working together to fight negative Extra-Terrestrial invading groups. My guess is they’re both teaming up to do some covert operation and these “war games” are just a cover for those highly sensitive operations…

They’re not negative, but positive. The negative ones are those behind your political and economic leaders. This is why the world is in such a screwed up state.

Turkish whores and pimps in line behind Uncle Shlomo and his new WASP-c*nt alliance.

look behind this NATO game and lets see what Biden needs to cover up before the shooting starts… Russia has no interest in a ground war that will go nuclear if they encroach on her soil. not to say she won’t launch first if it comes to that

That Polish prick needs to shut his mouth.

They remind me of autistic kids surrounding a tank with waterpistols ..

Desperate provocations. The Russians are already on record as stating that a few ballistic missiles can settle any ukronazi aggression near their border territory.

The Iskander missile system is perfect for the role, hypersonic speed, nuclear capable warhead that cannot be intercepted by conventional means.

They haven’t done it yet have they? Russia still remains reliant on trade with Europe, especially concerning oil and gas. If America becomes completely brazilified before the revival of ethnic nationalism in Europe, free from jewish control, Russia would have a free hand to do as it pleases to Europe.

Besides, going into the Donbass would be similar to Hitler ordering the Wehrmacht to reenter West Prussia over exaggerated reports handed to Hitler that 30,000 ethnic Germans were massacred by Poles, when in reality it was something like 5,000. Thereby playing into the hands of those who wanted war with Germany shortly prior to 1933, when it seemed certain that the NSDAP would do well in German elections.

“The Russians are already on record as stating that a few ballistic missiles can settle any ukronazi aggression near their border territory.”

German media attempted to downplay the Polish issue. The Crimean issue is similar to Anschluss, both rejoined their respective countries with a national vote. Austria consisting of almost entirely ethnic Germans were a lot more ecstatic about reuniting with Germany.

I think Europe and the rest of the west should put these images up on public display annually on Russia’s so-called “Victory” Day Parade to highlight (((Russian))) hate and love for Stalin: http://www.renegadetribune.com/?s=russia%27s+day+of+shame

Genocide of the Volga Germans: https://odysee.com/@NordLuxBellator:6/Genocide-vs-Volga-Germans:9

Article description:
“There are plenty of people on the “right wing” who have endorsed National Bolshevik Dugin and his ideas and would welcome being conquered by Dugin’s multicultural empire.” 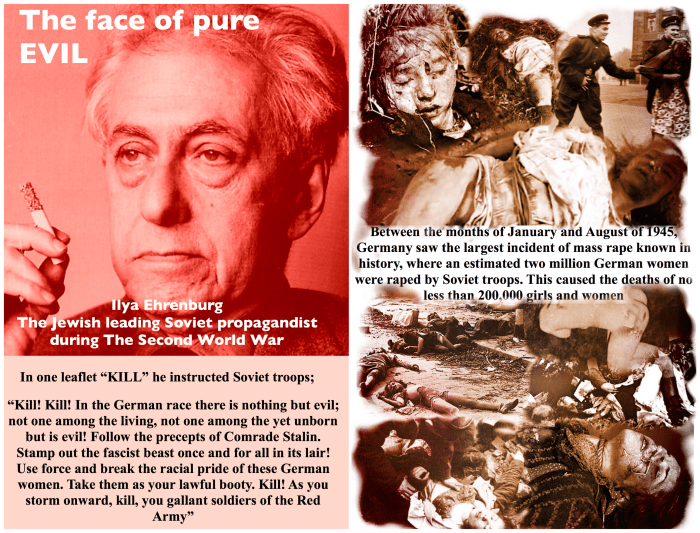 Does that turn you on? No remorse whatsoever on Russia’s part. Many will gladly admit to it. What does that say for your inner character?

You remind me of these ones: https://odysee.com/@martinezperspective:2/zoltanfag-spencer-holodomor1:e

The Amenities and Facilities of Auschwitz
http://www.renegadetribune.com/?s=auschwitz

Documentary filmmaker Germar Rudolf shows with a few pertinent, well-documented examples – the cases of the Dachau, Nordhausen and Bergen-Belsen Camps – why it is important to distrust wartime propaganda about claimed Nazi atrocities, not the least because much of this propaganda has been admitted by mainstream historians to have been mendacious.

The Holocaust: Facts versus Fiction:

This 29-page booklet gives a condensed overview of the latest research on the Holocaust with references to literature where you can find more on the subject. It also explains why the issue is important and why many governments brutally suppresses dissenting views. It contains lots of references to free e-books and videos, and it lists the entire book program of Castle Hill Publishers (at the time of going to press). You can download it right here.” 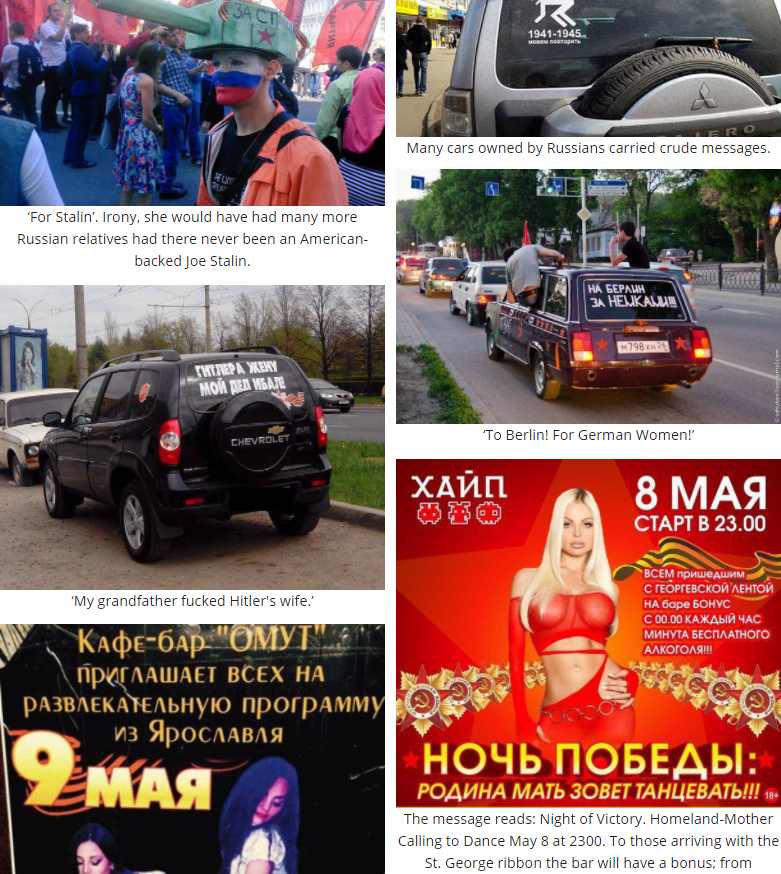 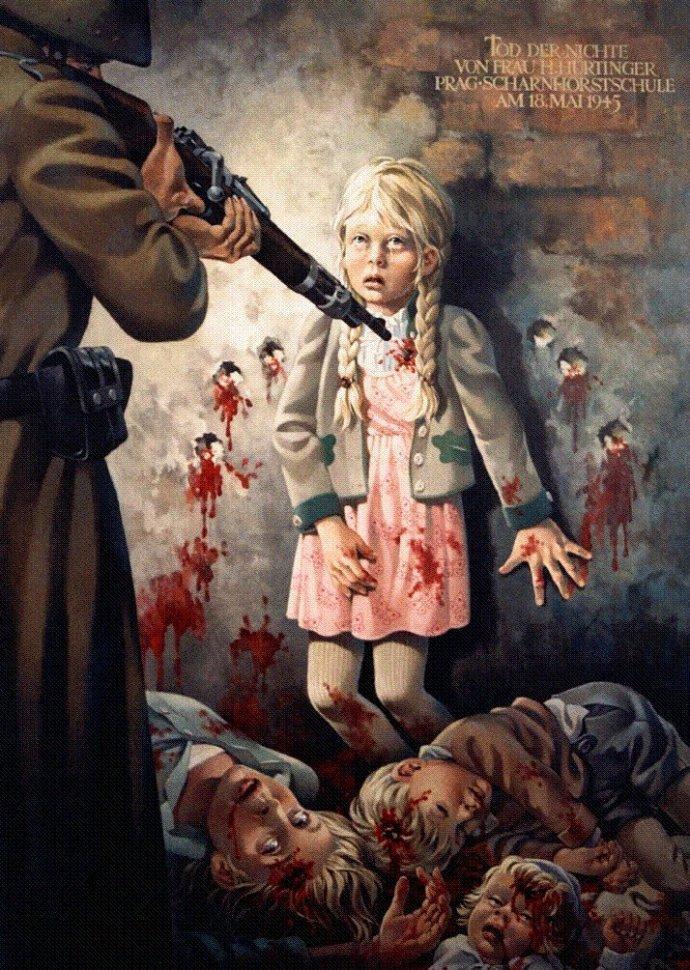 Poko Molo in new garments but the substance or lack of it really remains the same.

You call me Poko molo Yuri you bastard? Oh, wait, I got a better idea. Instead of hundreds of truthful posts, how about I send you a hobo’s dick cheese? This is how you repay me my extensive research?

Yuri, cechas or whatever your name is,

You and other adolescent dingdongs such as yourselves who know no etiquette need to grow up and stop impersonating your betters. Do you understand two can play that game? Ask yourself why you feel so inferior that you must impersonate me, instead of doing something more productive with your lives?

Everything you type is on the level of school yard drama, why not arrange a time and place to meet me face-to-face? Then let’s see how “brave” you are?

No, this is not Yuri, I can assure you. Nonetheless, just to start, I have 5 generations at least of made men in my family Poko Molo so before you go threatening any Sicilian find out who you’re dealing with first. Face to face, I’d make you renounce and bemoan that sullied wharf whore who shat you out of her ass. So, go take your anti-Russian propaganda back to where you came from and stay there, you backstabbing coward Americ-nt.

Well I have at least 5 generations of SS Truppenfuhrer that were very good at killing unarmed civillians so keep that in mind. They would fucking massacre your bolshevik family in a heartbeat and then I will personally skin all of you bastards while I force you to watch it.

Look, fuckstick, I’m incredibly busy, I have to post comments on at least 8 other forums. So why don’t you get the hell out of here before I snap your dick off and jam it into your ass.

As far as we know the PAW Patrol has the capabilities of international travel and possible covert operation capabilities. However, the PAW Patrol failed to assist in any way during the Iran Hostage Crisis of 1979, which is unacceptable seeing as the US diplomats were hostages from November 4, 1979, to January 20, 1981.

Could it be that the PAW Patrol is run by Islamic extremist that utilize PAW Patrol to increase positive images of the extremist, while also taking money from the UN? Or that the PAW Patrol is US run, and was told by the CIA to not intervene with the hostage crisis? If it is the former, why so? Could the Iran Hostage Crisis be a hoax, used to crack down on Iran for bringing down the monarchy that was ruling Iran, made possible by a coup from the US and UK?

It’s a lie. Everyone knows by now that the earth’s climate is changing. Climate change deniers are a hoax perpetrated by the Chinese.

Wow, Yuri. You are indeed desperate without morals. All of you here are immoral teenagers deserving of the gulag. If you any of you had any sense, you would realize your personas are entirely different from my own. Whereas you are childish swine, I am at least honest and do not have to behave like a little jackass to get my point across. You hit below the belt because you cannot win, so you gaslight what little traffic this site gets out of desperation they will believe me less. That is how paranoid you are, otherwise you would never resort to such pathetic antics.

They pose no threat to Russia or the Donbass republics at all.

The US is already looking for another Afghanistan from Ukraine 😂