Yemen’s Houthis fired a cruise missile toward a nuclear power plant under construction in Abu Dhabi in the United Arab Emirates on December 3.

The cruise missile was identified as a “Soumar” missile, an Iranian-modified version of the Soviet-made Kh-55 cruise missile. With an operational range of 2500 km, the Kh-55s are equipped with guidance systems that allow them to maintain an altitude lower than 110 meters from the ground, thereby avoiding radar detection.

Local Yemeni sources confirmed that the cruise missile did not hit the target, having crashed in the northern Yemeni province of al-Jawf.

The UAE stated that it possesses an air defense system capable of dealing with any threat of any type or kind, adding that the nuclear power plant in Abu Dhabi was well-protected, state news agency WAM reported on its Twitter account. The crash reasons are still unclear, but most likely it was a technical failure.

This is the third launch from Yemen in a month, including the two missiles fired at Saudi Arabia. This differs from the missiles fired at Saudi territory as it was a cruise missile, instead of ballistic missiles used previously. This signifies that Houthis’ military capabilities grow by the second, making them more of a threat to Saudi Arabia and the Saudi-led coalition in general.

And they were already a threat enough, with missiles abound. They launched ballistic missiles towards Saudi Arabia multiple times in last year. The Royal Saudi Air Defense Forces intercepted ballistic missiles heading towards the southern city of Jizan on 17 and 20 March 2017, and also reported intercepting four ballistic missiles launched by the Houthis in Yemen toward the Saudi cities of Khamis Mushayt and Abha on March 28.  On 22 July 2017, the Houthis released video of its Burkan-2 (volcano 2) ballistic missile launch to strike Saudi Arabia’s oil refinery in Yanbu. It was reported the missile flew approximately 930 km, making it the longest distance travelled by a Houthi missile. They claimed that the ballistic missile hit the oil refineries in Yanbu, but Saudi officials reported that Saudi Aramco Mobile Refinery (SAMREF) at Yanbu was operating normally after a fire hit a power transformer at the gate of the facility.

Lately, Saudi Arabia’s air defense forces intercepted a ballistic missile from Yemen in northeastern Riyadh on 4 November 2017. Saudi Arabia’s Crown Prince Mohammed bin Salman reacted to this attack by saying that Iran’s supply of missiles to the Houthis in Yemen was a “direct military aggression.” Saudi-led coalition fighting the Houthis in Yemen accused them of “dangerous escalation (that) came because of Iranian support” after Saudi air defenses intercepted the ballistic missile heading toward Riyadh.

The latest missile fired at Saudi Arabia was intercepted on November 30. The Saudi Press Agency, quoting Colonel Turki al-Maliki, the official spokesman of the Saudi-led coalition fighting the war in Yemen, said the missile was headed towards the Saudi city of Khamis Mushait on its southwestern border. It was destroyed without causing any casualties, but there were no details on how the missile was intercepted. The Houthis in Yemen claimed success in the missile launch, saying it was a test firing, according to the pro-Houthi news agency SABA in Yemen.

The United States accused Iran on November 7 of supplying Yemen’s Houthi rebels with a missile that was fired into Saudi Arabia in July. US Ambassador to the United Nations Nikki Haley said that by providing weapons to the Houthis, Iran had violated two UN resolutions on Yemen and Iran. She said a missile shot down over Saudi Arabia on November 4 “may also be of Iranian origin.”

The Houthis are becoming a force to be reckoned with. The situation in the Middle East is anything but simple. It is a powder keg waiting to explode, and a single spark will do the trick. Yet no one really wants for it to explode just now, and Yemen is a dangerous playground where the sparks may come flying easily, with the Saudi-backed government in shambles, and the Iran-affiliated Houthis in control of the North of the country and the capital. Moreover, Iran has been reportedly sending the Houthis advanced weapons and military advisers. The further involvement of Hezbollah in the region, now that ISIS is nearly over and done with also doesn’t work in Saudi Arabia’s favor: if the kingdom decides to escalate the situation in Lebanon, Iran and Hezbollah may use Yemen as a pressure point, forcing the Saudis to go to war on several fronts.

The rise of Iranian predominance in the region, with Hezbollah becoming a formidable force in the recent years, puts a stop to a plan of military escalation from the US and especially from Israel and Saudi Arabia. If a new large-scale open conflict starts in the region, the pro-Israeli block would suffer unacceptable losses even in case of the victory.

american president richard nixon was becoming anti-zionist and didn’t obey them completely, ( even more anti zionist was nixon’s vice president spiro agnew forced by zionists to resign and years afterwards shut down by zogs before moving in on nixon ) brave Arab hero leader Hafez Assad accordingly met him in Damascus Syria, that was the syrian president meeting with the jewnited states president ONLY ONCE since 1974 (two months later zionists forced nixon to resign from presidency after he met Hafez Al Assad in Damascus Syria!
george bush and his kid george w bush are completely obediant zionist puppets and yemeni dead traitor saleh who fought houthis all way back to 2004, saleh met george bush and george w bush on many occations. There’s a ‘ who’s side are you on” difference of meanings between the meetings 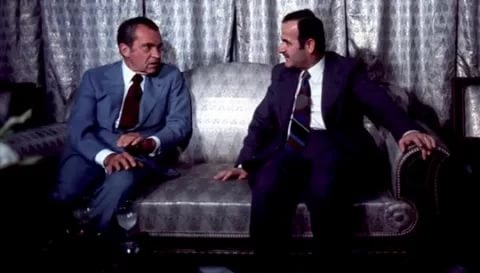 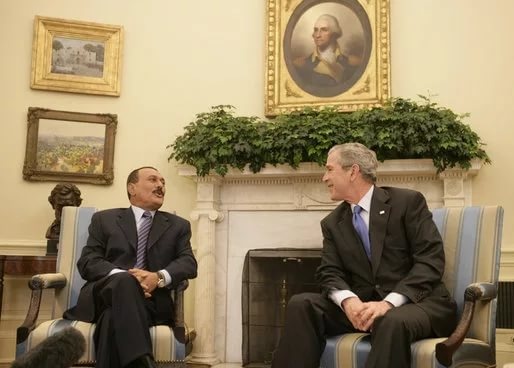 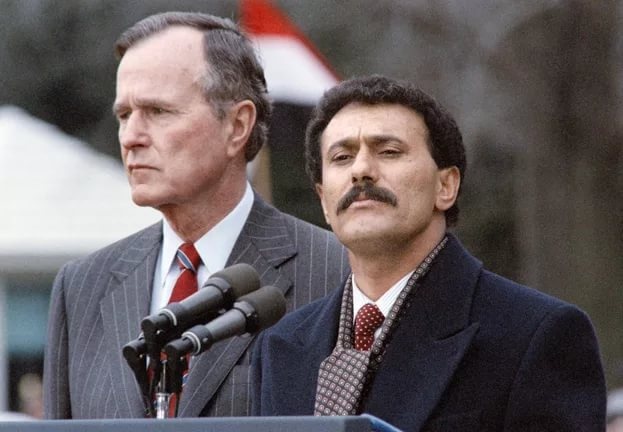 The Syrian Arab Republic government Baathist Army and the Syrian NDF will triumpth !
https://theuglytruth.wordpress.com/2017/03/27/france-mossad-tried-to-infiltrate-french-intelligence-services/ holywar.org
http://www.islamicinvitationturkey.com/2017/10/06/zionist-brothers-putin-salman-hold-talks-behind-closed-doors-in-moscow/
Reporting the truth: smoloko.com purestream-media.com syriatruths.com informationclearinghouse.info
electronicintifada.net http://www.12160.info
to fight and resist the evil zionists ZOG ,the evil zionists rothschild’s evil israHell and and the evil house of saud crypto-jews in saudi arabia wahhabia who do nothing but damage ( who’s king in the late 1960’s addressed all the UN and arab countries requested them to recognize and accept israHell as a country) and their allies’s control/occupation of governments and the arab land of palestine and its neighbouring arab countries, to fight and resist those zionists is to fight to remove them from governments and economic power without removing them out of these office from these positions and freezing their USD currency assets monopoly dominanting global markets and trades( the 1 dollar bill has shapes of the stars of david ) wars instigated by zionists bankers on sovereignt independent states and and against their territory’s integrity will continue and the zionists’s scheme to establish a one global government control could be all set .

Yes, Arabs being able to defend themselves is a powder keg, a serious powder keg. Don’t they know that they are supposed to remain a punching bag.

If the Saudi’s are intercepting Houthi missiles then who do you think is
operating their air defence system? Also can anyone offer some
insight as to why there are no salvo launches of missiles.

I think the missile launches are staged by KSA to further implicate Iran.

The course of events in Yemen is interesting, however, realistically, it is doubtful that any friendly powers will be able to establish a reliable supply chain that will penetrate the enemy blockade.