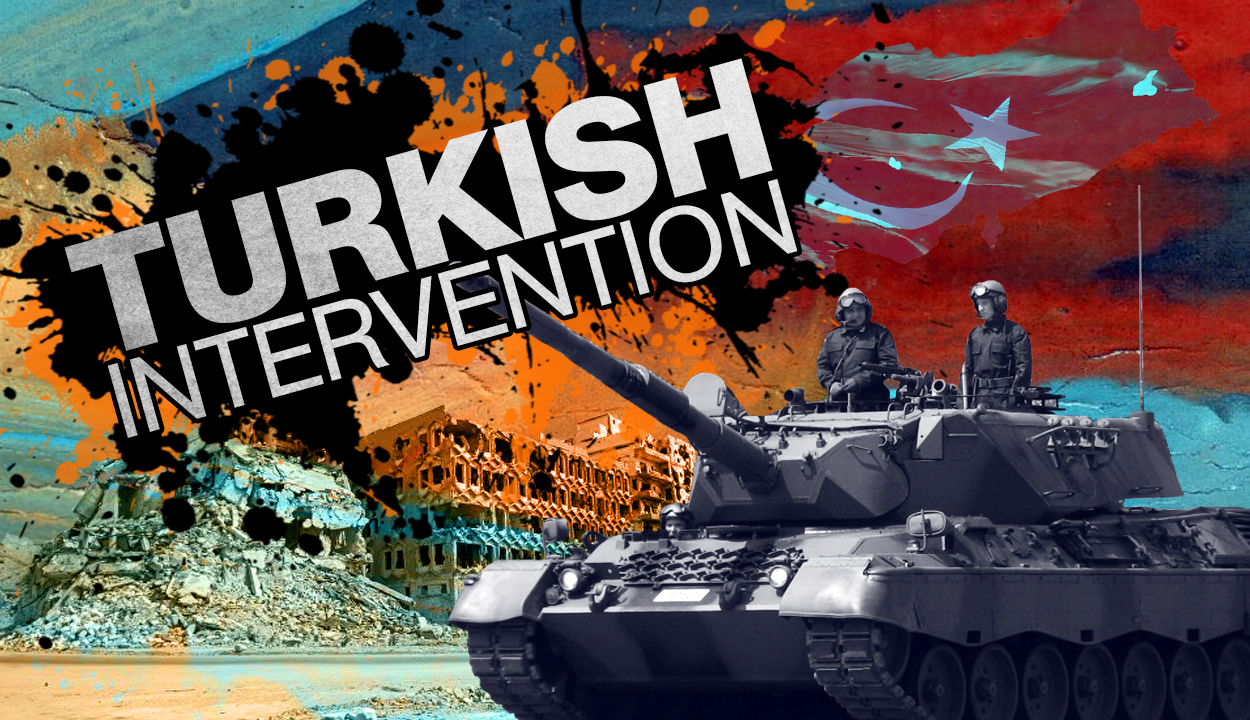 Turkey is expelling the Kurds from the border region with northern Iraq by bombing their villages and deforesting the area, creating the conditions for the establishment of a fully organized “BUFFER ZONE” by the Turkish Armed Forces.

The representative of the Kurdistan Regional Government (KRG) in northern Iraq, Jutyar Adil, said that the KRG had officially announced to the Turkish government that logging in the border areas with Turkey are illegal and described it as “unacceptable”.

Recent reports from the Zakho area of Duhok province show that Turkish trucks are transporting trees to Turkey from areas of Turkish military occupation in Kurdistan. The images are reminiscent of the activities of Turkey and its mercenary allies in northern Syria.

Adil said that the KRG had expressed concern and dissatisfaction with Turkey’s damage to nature in the Kurdistan region. He also blamed the Kurdistan Workers’ Party (PKK), arguing that its presence in the region gives Turkey an excuse to intervene and provoke conflict. He called on the PKK to respect the sovereignty of Iraq and the Kurdistan Region and to stop forcing locals to face displacement, suffering and misery due to its presence.

The KRG has close political and economic ties with Turkey, using a pipeline through Turkish territory to export its oil.

Amid ongoing attacks by the Turkish military, tensions have risen in recent years between the PKK and the Kurdistan Democratic Party (KDP), which is the largest party in the ruling KRG coalition.

The Kurdish government of Barzani has close ties to the Turkish government, which is a key oil, economic and political partner of the KDP, and opposes the PKK.

The Kurdistan Regional Government is completely turning a blind eye to Turkish operations and the silence is proof of their support for Turkish attacks, according to experts. Illegal logging was widely condemned by lawmakers and other politicians in the Kurdistan region.

The PKK launched an armed struggle in 1984 against the Turkish state, which still denies the constitutional existence of the Kurds, to push for greater autonomy in Turkish Kurdistan for the Kurdish minority, who number more than 22.5 million out of 82 million of the population of the country.

One large Kurdish community is living in Turkey, another living in Iraqi Kurdistan, but also a big number of Kurds are living outside the region, like the PKK guerrillas and Abdullah Öcalan, who founded the PKK group in 1974 and is currently serving life imprisonment in Turkey.

More than 40,000 Turkish soldiers and Kurdish rebels have been killed in the clashes.

Of course, the main problem is not only the destruction of the nature of the Kurdish region in Northern Iraq by the Turkish attacks and the battles with the PKK, nor the illegal logging of the Turks.

The issue of deforestation of trees in the border area by the Turks has to do initially with the revelation of shelters, caves, ammunition depots and underground tunnels used by the PKK.

A deforested area facilitates ground and air surveillance, as well as attacks with gunfire by Turkish Armed Forces on the PKK hideouts. It also facilitates the conduct of air operations, since the vegetation will not be an obstacle. As a result, Turkish helicopters have multiple Landing Zones close to enemy hiding places.

At the same time, the deforestation in combination with the existing Turkish military bases in Northern Iraq, create the conditions for the creation of a “BUFFER ZONE” (Security Zone) within the territory of Iraqi Kurdistan. Together with the available means of surveillance and Turkish UAVs, the infiltration of PKK guerrillas from northern Iraq into Turkey and vice versa becomes virtually impossible.

Of course, the creation of this security zone can assist in the conduct of large-scale military operations and in-depth operations inside Iraq.

The fact that Turkey plans to create a “Security Zone” inside Iraqi Kurdistan is also evident from the constant bombing and death of Kurdish civilians living in small villages in the border region. The result is that the surviving Kurds leave their homes and fields in the border area in order to save their lives.

In this way, Turkey is clearing the border area, creating the conditions for the creation of a BUFFER ZONE.

The Hidden Truth Behind the Too-Good-to-be True COVID-19 Vaccines: An Interview with Dr. Ronald B. Brown, PhD

I don’t care what most people think of Kurds fuk their mothers…they can never learn so fuk ’em. If anyone thinks Kurds are better than Zion you fuking stupid – Zion kill each other for power and money and they are Europeans they can fight like gay ass yankees, we saw it before with Hamas and Hezbollah.

Kurds are problems because they are trying to become like Zion in the middle of Iran-Iraq-Syria-Turkey, and they don’t want to work with any of the countries around them. They ask help from Zion and yankees and they worship them, I for one have talked and seen these fuking apes…they really do worship Zion. I’m not joking, here what he said, “Look at Israel (Zion) how powerful they are, we can be like them and we should be, we are not Arabs, Turkish, Persian, and those people want to kill us. We can fight and kill all of them like how Zion fought during the 6 days war”.

Fuk Kurds if Turkey kills all of them I wouldn’t give 2 fuks.

The Kurds want to be another “Israel”. The problem is that Kurdistan is land-locked. And that the West doesn’t have enough billions to maintain another Israel.

Kurds are just Khazars without the ” brains”.