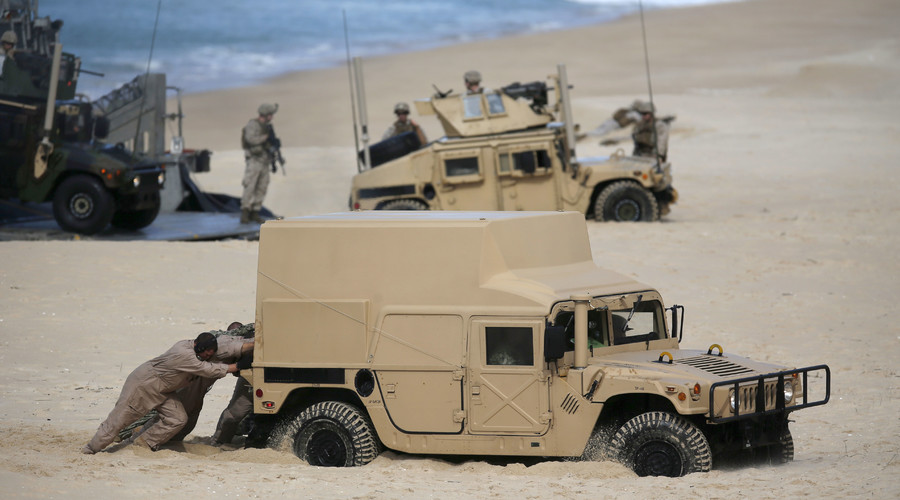 NATO’s biggest war games in 13 years show a real strange of the NATO military in Portugal last week. Hovercrafts and Humvees just embarrassingly got stuck in the sand.

NATO representatives stated that the experience was a positive one for the troops involved (lol).

cant you just have a water cannon pumping sea water from those landing ship that fire forward when you land to harden the sand ?

Yanks are morons, don’t you know?

they are idiots ..take the air out of the tyres and use sand mats