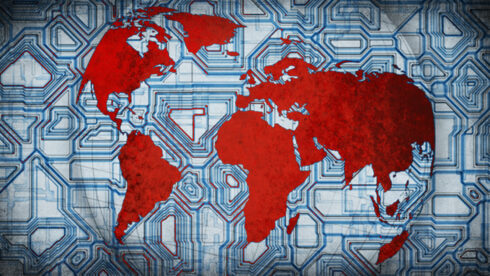 As tensions grow between Russia and the West, more and more false comparisons are made with World War Two…

The ‘war hysteria’ which has taken over our airwaves in the West of late in relation to tensions on Ukraine’s border, is like a Hollywood style movie, being entirely scripted, produced, directed and acted in by the West. It bears no resemblance to the real actions and words of Russia and its representatives. The US is starring in its own drama, with the lines between fantasy and reality increasingly blurred.

News presenters, completely ignorant of the facts, question equally incompetent experts as to ‘what should we be doing about Russia?’ to which they are told ‘we need to send Putin a message that we won’t tolerate an invasion’.  Nobody bothers to question the evidence for a Russian invasion of Ukraine, or make the very obvious point of why the largest country in the world would need any more territory.

In line with the dramatic nature of current events, the rhetoric being bandied around is equally outrageous: comparisons of Joe Biden with Neville Chamberlain; Russia with Nazi Germany and incredulously, Vladimir Putin with Adolf Hitler.  Not are such equivalences wrong, but they are offensive in the extreme given the number of Russian lives which were lost in the defeat of Nazi Germany in World War Two.  Need we be reminded that Adolf Hitler was an evil, egotistical maniac, intent on world domination by what he thought was his superior ‘Aryan’ race at the expense of those he thought were lesser human beings or ‘untermenschen’ (e.g. Jews and Russians)? He was intent on invading Russia in order to create ‘lebensraum’ (living space) for the expanding German population.

How anyone can possibly draw any comparisons with the current crisis is beyond my comprehension. But it speaks volumes about the lack of historical knowledge amongst leading politicians and military figures in the West these days. Hardly surprising given the one major historical topic at British schools up and down the country for decades now has been World War Two. Students may not be able to point to Russia or Ukraine on a map, but they will be familiar with Chamberlain’s ‘appeasement’ of Hitler. As such, the word resonates with the general population today and is now recklessly being applied to current events.

The West has something of a guilt complex about British PM Neville Chamberlain’s appeasement of Adolf Hitler prior to WW2. Allowed to invade the Rhineland in 1936, Hitler invaded Austria before pledging to Chamberlain in the Munich agreement of 1938 he would go no further than the Sudetenland in Czechoslovakia. Hitler violated this agreement and took over the rest of the country the following year.

To view current events through the prism of Chamberlain’s appeasement of Hitler is entirely flawed. On the contrary, the West’s years of sanctions against Russia, cyber and info war campaigns, provocations in the Black Sea, and continued military buildup on Russia’s border can hardly constitute a policy of ‘appeasement’.

If we are to draw parallels between the current crisis on the Ukraine border and WW2 we should compare the Neo-Nazi ideology which dominates Ukrainian nationalism with that of Nazi Germany. The repression of minority languages, including Russian; the censorship of the media; assassinations of journalists; persecution of opposition politicians and obsession with a Russian ‘enemy’ are all symptoms of a nation, sadly, rotten at its core.

Aside from that, the two geopolitical scenarios have nothing in common. Putin is not intent on world domination; if he was, why was Donbas not annexed years ago? If the President really wanted more territory he could have tried a bit harder over twenty years, surely? The only instances to date when Russia has intervened militarily outside its borders in the last few years have been to protect Russian-speaking civilians (like in South Ossetia in 2008) and to aid sovereign states to defend themselves against uprisings (Syria, and more lately Kazakhstan).

Ironically the only country that fits the description of imperialist aggressor is the US, which has invaded countless sovereign nations since its inception. Russia has valid security concerns regarding Nato forces encroaching on its eastern border; concerns which it explicitly set out recently in a document provided to the West, but which we are hearing little about just now in the midst of war-hysteria.

Indeed for all the talk of ‘What does Putin want?’, it couldn’t be clearer what Russia wants.

The list of demands presented to the US last year was clear: no Nato membership for

Ukraine and a Nato withdrawal from the Baltic states and Eastern Europe. Russia views the Nato presence on its borders as aggressive, in the same way as the US would not tolerate Russian missiles on Cuba.

The Russian government has in fact set out its foreign policy objectives for years now, published on its website. Putin and Foreign Ministry representatives give regular, detailed interviews on Russia’s position, but they are rarely acknowledged by western politicians and media. Russia has never made any secret of its geostrategic goals – the problem is that the West does not listen.  Even President Biden in a recent press conference suggested that President Putin would make decisions based on ‘what side of the bed’ he gets up from in the morning. This demonstrates a complete lack of analysis and appreciation of the type of character of the Russian President. Far from making impulsive decisions, he is clearly a man who takes his time to think things through properly.

Despite US and UK warnings of an invasion being ‘imminent’ with troops poised to intervene if necessary, other European countries have not been so ready to engage in such posturing. Germany has been much more reticent, refusing to participate by arming Ukraine and denying the Royal Air Force airspace to fly weapons to Kiev. Croatia has even said it will withdraw its Nato troops from Eastern Europe if a conflict between Ukraine and Russia were to ensue. Given the serious risk of escalation, such cautious behaviour can only be welcomed.

Indeed, in the current climate the rhetoric ought to be dialled down significantly in the West. This isn’t Hollywood; there is a real chance for miscalculation and for war to break out between Russia and the West. Inflammatory comparisons of Russia with

Nazi Germany are therefore reckless in the extreme and only seek to heighten tensions.  Yet with western populations and their governments largely ignorant about Russia and the history of the region, I sadly don’t expect any diffusion to the current levels of war hysteria.

A mediocre analysis of what is really happening. !Western news outlets employ journos and presenters to ask the banal and stupid Questons which allows dimwit and dumb-fcuk cocksuckers, allegedly politicions with 2 functioning brain cells (not always the case), to supply the scripted reply from a tele prompter. However, they do at times get confused when confronted with a multi -scripted runlist. These “news-outlets” ARD, ZDF, TF1, F2, F3, BBC, ITV, Fox, CNN, CBS ect, etc, so forth and so on are NOT NEWS outlets, rather, they are theatre for the dumbed down masses. I’m not sure the effect this hype and propaganda will have on the Kremlin, somewhere between 0.1% and 0.001% maybe. When the Kremlin decides to do what it decides to do. It will be done. And the west will scream and shout a lot. Should Russian troops be let off the leash, the Uknazis will after they shit themselves shove rockets up their backsides and hope they make the Polish border. Whatever Nazis get left behind will become fertaliser for Ukrainian corn fields. While Russian troops on day 3 will have the inordinate task of registering 10s of 1,000s of Ukrainian POWs. Did I leave out the bit about it being the shortest war ever recorded. Ah well you can read all about it on the morning 14th of February.

I admire the revolutionary zeal, vivid metaphors and straightforward vocabulary of yours, Krasnyj Amiral. Pust vsjo polucitsja kak zapisano. Nu davaj ! Down with the decadent and the quickly rotting West.

Please stop with this “the West” narrative! There is no such thing as the west – only the Angloatlantic/Anglozionist empire and its puny vassals and already occupied slaves. The Empire is trying to conquer the rest of the world, and that’s the whole point here, no imaginary Russian invasion. Usually the Empire needs false flag pretexts for its endless wars and aggressions, but this time the entire hysteria is based entirely on completely fantasy scenario. “Big lie” tactic – just repeat it 1000x times and most people will believe it no matter how ridiculous it is.

OK, thus please name the rest of the Aa-Az West outside the herd. To me, while de Gaulle does not fit the narrative, Macron definitely does. As for France and Frenchmen, depends on their self-reflection. If you are suggesting that Germany is not an Aa-Az country, it obediently sticks with its masters. Of course, western Germans are the West, minimally from the time of the creation of the Holy Roman Empire of the German Nation as an opposite against those poor untermenschen in the East, including their cousins Prussians and GDR. Summing-up, the West narrative, until a meticulous and balanced analysis is employed and specified depending upon a case, works quite well for me.

Nobody can be as anti-communist as Russia was when they overthrew them out of office in 1991 and the late 80s. Only an incompetent fool with zero understanding of History could make such an ignorant comment. President Eisenhower was correct in his warning about the power wielded by the “Military Industrial Complex” as he HIMSELF called it. Better go and listen to his Farewell Address where he SPECIFICALLY warns the American People that the real THREAT to their Liberties and Rights and Freedoms will come from this unchecked new power in America. Those who will attempt Aggressive War are guilty of Crimes Against Humanity and if they’re not judged here on earth, they will be by the Creator of this beautiful planet. Don’t fall for their lies- they Serve the Father of Lies, as Jesus himself declared for all time.

Is this comment addressed to me ? For I am not denying anything what you have expressed. If positive, after your critique I have to go to find another job.

Russia overthrew communists by voting 75% for the preservation of the USSR in 1991 referendum.

Russians were soooo happy to elect Yeltzin as the first demoncratic freedumb leader.

They are soooo anticommunist that the Communist Party is the second most popular one.

Seriously where the fuck do you people get those nonsensical ideas?