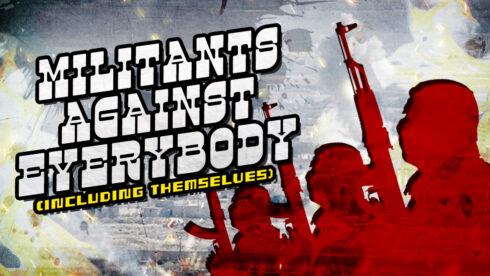 On October 25th, fierce clashes broke out between the militants in Syria’s Greater Idlib. Al-Qaeda-affiliated Hay’at Tahrir al-Sham (HTS), the de-facto ruler of the northwestern Syrian region of Greater Idlib, have turned to their arms to fight against the Junud al-Sham group led by infamous Chechen leader Muslim Abu Walid al-Shishani.

HTS launched an offensive against the positions of Muslim al-Shishani’s Junud al-Sham militant group. In early hours on October 25th, HTS militants sent more than 100 units of heavy weapons to the Jabal at-Turkman district in the north of Latakia province, where the Junud al-Sham headquarters are located.

HTS failed to capture a hideout of the Junud al-Sham militants. During the raid 15 fighters of HTS were captured. Several attackers were killed or wounded.

Following the attack, al-Shishani’s Junud al-Sham and their supporters from a dozen of miltant groups issued a joined statement, calling to stop the clashes and start negotiations. The militants called on supporters to ensure the security of the region and fight together within a single operational room in order to repel foreign forces in Syria.

The statement was signed by following groups: 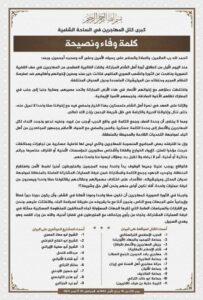 The Baluchi militant Jundullah group claimed that the HTS had been oppressing independent fighters for several months. Today the HTS fighters are killing Mujahideen in Jabal at-Turkman in order to surrender the region to the Russians.

The peaceful calls had no result, and HTS continued their attack in the region.

A fire exchange continues in the Jabal at-Turkman region. However, neither side is reportedly moving forward.

HTS uses anti-aircraft weapons and heavy machine guns targeting the positions of Jund al-Sham and their allies. The HTS reinforcement was also spotted moving towards the battlefield. Moreover, HTS fighters reportedly use their UAVs.

Russian and Iranian reconnaissance drones were also active over the area of clashes. 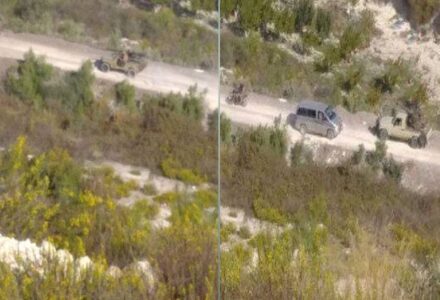 HTS launched the offensive a day after Al-Shishani published a recording vowing to fight HTS until his death. He went on to call on HTS fighters to not believe the “lies” of their leaderships. He also asked the group’s commanders to listen the people in Greater Idlib.

HTS accused him of sheltering ISIS members and outlaws.

In June, HTS asked al-Shishani to join its ranks or leave Greater Idlib along with his militants. The leader was shocked by the group’s demands.

Al-Shishani refused to joint HTS. In July, the leader decided to dissolve his group, Junud al-Sham, and leave Greater Idlib along with his militants. This didn’t happen however, most likely because he couldn’t find any safe haven outside of the region. In response, HTS launched a limited search operation in al-Shishani’s stronghold, northern Lattakia, but couldn’t find him.

The real motives behind HTS’ decision to launch an operation against Junud al-Sham remain unclear, as he has never been a foe of the terrorist group. The group is likely threatened by the support he gained from militants from all over the Greater Idlib.

Al-Shishani and his militants, who have been fighting in the northern countryside of Lattakia for over eight years, could pose a challenge to HTS. The leader has been receiving much support from radicals all over Greater Idlib. Many hardliners in Greater Idlib had previously criticized the group’s aggression against al-Shishani.

5. are from Saudi-Arabia. So now, they’re calling each other خوارج Oh dear…

“… and fight together within a single operational room in order to repel foreign forces in Syria.” To fight FOREIGN forces meanwhile well over half of these goons are foreigners!

Negotiations are for cowards and crooks, these guys need to fight this one out till the end until there is only one left standing! HTS should continue and greatly escalate it’s onslaught against the other terrorists until they are all dead. And Al Shishani’s pathetic calls for “peace” are laughable.

HTS is another Zionist militia. All these idiots are killing each other while Bashar is laughing at them

HTS hate Israel with passion. Look at their map. They want to take Lebanon, Jordan and Israel also.

Hts are very dangerous they are worse than the Taliban

These stupid motherfuckers are just a bunch of expendable cannon fodder. I bet when they die they are not even given a burial. The local wild boar would eat them. Modr jende are all bastards. Iran should kill all these jihadi rats and feed them to the local wild boars.

This is what mind control is doing to young people. All these peoples like the Moroccans or the Uzbeks had nice civilizations in the past. Now what is happening?

Because these idiots go to Saudi funded mosques in other countries and get brainwashed into fighting for Saudi/Zionist interests.

And those jihadis like in Bosnia who were funded by Iran also?

Let them destroy each other. The SAA & allies have less work to do. turk backed idiots vs multinational extremist clowns. Sounds like a good wrestling match.

It will be perfect Karma when the Disunited States of Amerika erupts in a frenzy of internecine warfare.

The various Amerikan oligarchic factions are being primed with the hatred of other opinions and ready to slug it out in a winner takes ( thieves ) all, LOL.

China will be happy with this. But it will happen. Maybe some anti-US states will support some separatists movements.

Looks like HTS need to attack and teach those other groups a lesson as well. Might be better if they get some of those groups to attack each other as well and everyone can be happy. Send them boxes of firewater to get them in the mood.

If these morons are Syrians they are a total disgrace to their Country,they are in a pit of depravity.