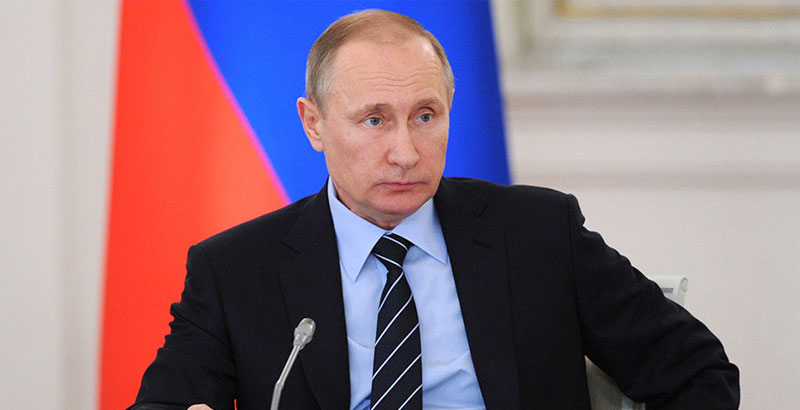 Russian President Vladimir Putin has approved a new Russian information security doctrine. A decree on this matter was published on the official website of legal information. The doctrine has entered into force on the date of signing. A previous doctrine, adopted in September 2000, was considered to have lost force. The current edition was prepared by the Russian Federation Security Council.

According to the document, one of the main negative factors, affecting information security conditions, is an intensification of capacities of a number of foreign states to impact on the information infrastructure for military purposes.

In addition, the doctrine notes that foreign secret services have an “information-psychological” impact on other states in order to “destabilize political and social situation in various regions of the world.” Organizations, which carry out “technical intelligence in relation to Russia’s government agencies, scientific organizations and enterprises of the military-industrial complex,” also stepped up their activities.

The doctrine stresses that “religious, ethnic, human rights and other organizations, including public ones and structures, as well as single groups of citizens are involved in this activity. Possibilities of information technologies are widely used for this purpose.”

Authors of the doctrine note that the number of prejudiced assessments of Russian politics is increasing in foreign media, while Russian media “are often subjected to overt discrimination abroad.”

“The informational influence on Russian population, primarily on young people, is increasing in order to wash out cultural and intellectual values, undermine moral principles, historical foundations and patriotic traditions of its multinational people,” the document reads, noting that at the same time, a scale of computer attacks on the Russian information infrastructure is constantly growing.

The strategic goal of information security is “formation of a stable system of conflict-free multinational relations in an information partnership,” the document notes.

The doctrine has been seriously revised for the first time since 2000. This indicates that sweeping changes have taken place in the area of information security threats. As Secretary for the Russian Security Council Nikolai Patrushev said in 2015, when the doctrine was still preparing, “first of all, it is connected with emergence of new military dangers and threats.” According to Patrushev, “their manifestations can be seen in events of the Arab Spring in Syria and Iraq, the situation in Ukraine and around it,” Patrushev noted at that time.

Despite the slightly opaque officialese this is a good document. I am glad it acknowledges that all the most recent international conflicts started with information war and that detecting such attempts and acting on them is going to be vital in the future. It also acknowledges that foreign intelligence agencies have been very active in these conflicts. And as we know that some deep black intelligence operations are not even approved by their own governments it is a good idea to shift the emphasis on detecting those at the information stage, which should limit their scope significantly. Maybe even fundamentally.