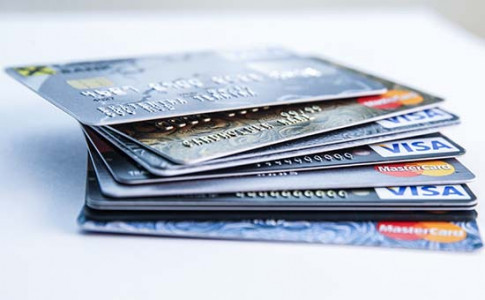 Original published by Russkaya Vesna; translated from Russian by J.Hawk

Payments can be made using cards issued by Russian banks. Operations are handled by the National Payment Card System (NSPK) in all locations connected to the Genbank system in Crimea and Sevastopol. VISA cards are also accepted by ATM machines on the peninsula. China’s UnionPay system became operational in Crimea some time ago.

This development is intriguing in that Genbank is the main bank used by Crimea’s governent. Half of its basic capital belongs to Republic of Crimea executive branch. It has more than 170 branch offices, 580 ATMs, and 960 commercial terminals.

VISA and MasterCard stopped working with the Russian Crimea in late December 2014. It was one of the first sanctions attacks launched by the United States.

It would appear times are changing. Bloomberg, an authoritative US publication, reports that France and Germany are on the verge of a nervous breakdown over Ukraine. The same thing is happening in the US.

Analysts and officials who were polled by reporters predict sanctions will be lifted already in 2016.

“John Kerry’s announcement that Minsk Agreements could be fully implemented in the next few months and sanctions lifted thereafter, served as a clear signal in that regard. After Kerry–already after Davos–it was the turn for Germany’s Finance Minister Wolfgang Schaeuble and France’s Economy Minister Emmanuel Macron to speak: the first reminded that Europe must maintain close ties with Russia in order to resolve the Syrian conflict, the second repeated Kerry’s words concerning lifting sanctions in return for Minsk Agreements,” Bloomberg writes.

Hi, I’m going to Crimea on holiday in September 2016, I want to know if I can withdraw cash using my Visa card in Yalta ?

where you able to get money out?