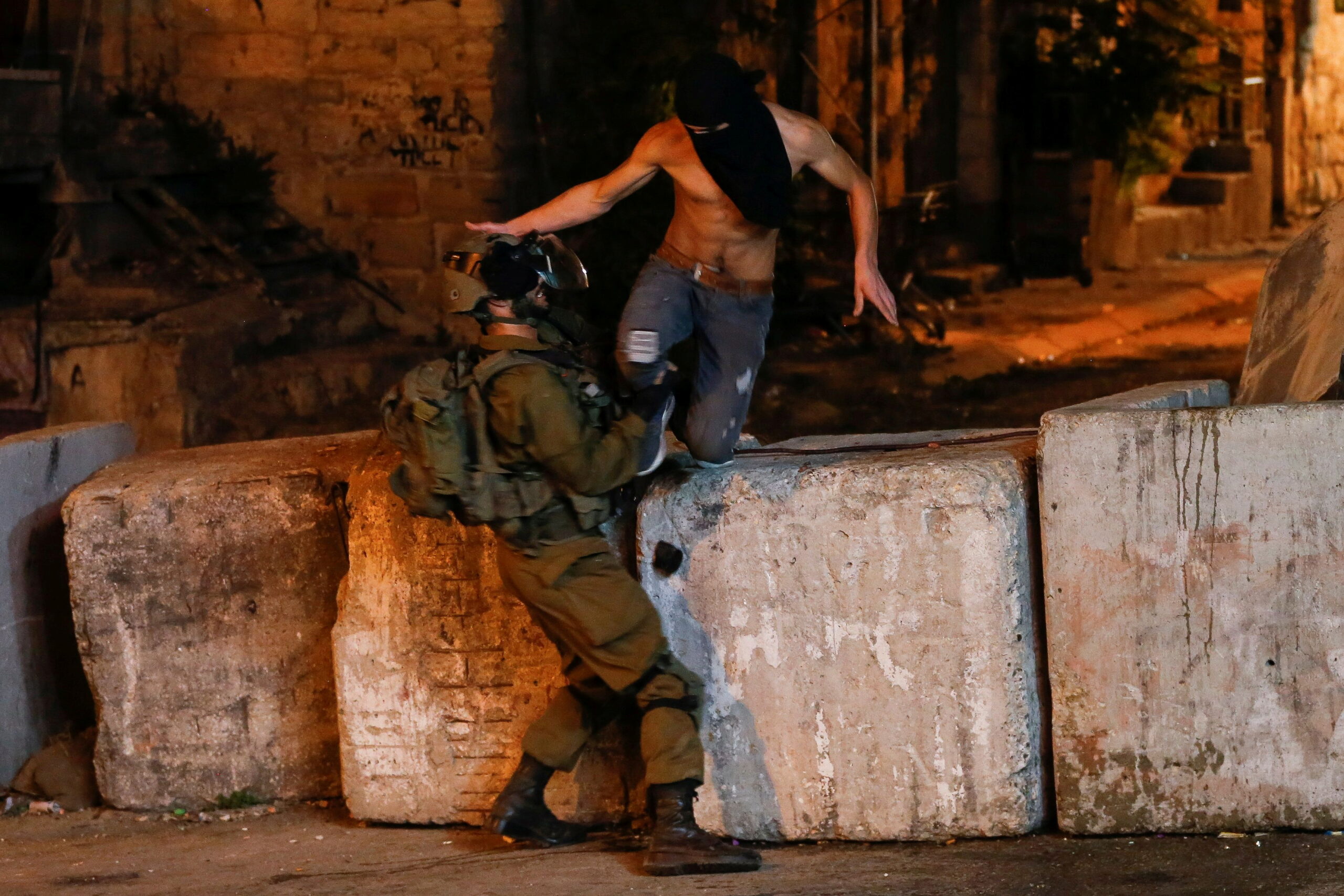 Beginning on September 10th, IDF warplanes have bombed the besieged Gaza strip in a dramatic escalation of Israel’s violent campaign to take revenge for the daring escape of six Palestinian political prisoners from the high-security Gilboa facility on September 6th.

On the same day, Israeli authorities announced that 4 out of the 6 escapees had been arrested.

Palestinians have rallied throughout the West Bank and clashes with Israeli authorities have been taking place daily all throughout.

Palestinians in every occupied territory have prioritized defending the escaped prisoners in an act of collective resistance. Palestinian fighters in the Jenin refugee camp bravely responded to Israel’s increased military presence by vowing to protect the area and the escapees with their lives.

Despite increased troop presence, surveillance, and raids of neighboring towns over the past week, Palestinians vow to protect them.

Incredible energy as hundreds of people from the Newham community march through the streets, cheered on and joined by passers-by🇵🇸✌️#FreePalestine #ResistDSEI pic.twitter.com/ptoSixsgmk

The Israeli occupation forces arrested a #Palestinian child for more 3 hours before releasing him, in Al Arroub refugee camp in #Hebron.#FreePalestine pic.twitter.com/b7UqwFSD9p

Clashes between Palestinian youths and IOF in the village of Issawia, occupied Jerusalem today.

vpalestinet: An Israeli killer is stepping on the body of a Palestinian man who was shot by Israeli occupation forces in Jerusalem's Old City today. #FreePalestine pic.twitter.com/UNoP1F9oDs

Additionally, after a week of both celebration and protest, Palestinians in the West Bank and East Jerusalem came together to hold a “Day of Rage” on September 10th in solidarity with the escapees and prisoners all over Palestine.

Huge protests emerged denouncing the violence and mistreatment that Palestinians suffer in Israeli jails. Israeli forces tear gassed and attacked protestors, including hitting an ambulance. Well over 100 Palestinians were injured.

On September 12th, heavy gunfire was heard in the Jenin region in the northern West Bank, as Israeli security forces reportedly came under fire during the manhunt for the remaining two escaped prisoners.

Meanwhile, Israeli authorities claimed that a “major attack” had been foiled.

The Shin Bet security service and police foiled a number of attacks, Channel 12 and 13 reported, without giving details on the major attack prevented. Meanwhile, police were going on high alert, fearing further violence over the Yom Kippur holiday, particularly in Jerusalem.

“I don’t know if we are on the verge of an escalation,” Public Security Minister Omer Barlev told the Kan public broadcaster.

“But we are definitely in a very sensitive period — the recent attacks, the escape of the terrorists from the prison and the two who have not yet been caught, alongside our problems with Hamas.

Any incident could set off the entire area, so we are preparing for an escalation in Jerusalem, Judea and Samaria, and Gaza,” he said, referring to the West Bank by its biblical names.

Hamas and Islamic Jihad also attributed the recent surge in attacks to the prisoners’ escape.

“The escalation of stabbings in occupied Jerusalem, the shootings, the increasing clashes of popular anger in the West Bank and the demonstrations in Gaza, come within the framework of the freedom uprising launched by our Palestinian people in solidarity with the heroic prisoners and confronting the arrogance of the occupation against them,” said Hamas spokesman Abdelatif al-Qanou.

“Acts of resistance are the legitimate right of the Palestinian people, and we bless and support this jihadist act,” said Islamic Jihad spokesperson Daoud Shehab.

Tensions have been running high across the West Bank over the past week, following the dramatic escape of the Palestinian prisoners from the high-security Gilboa Prison.

Another thing that is exacerbating Palestinian anger is the deteriorating health of six Palestinian hunger strikers, protesting against their administrative detention or detention without trial.

Kayed Fasfous, Miqdad Qawasmeh and Hisham Abu Hawash from Hebron; Raik Bisharat from Tubas; Alla al-Araj from Tulkarem; and Shadi Abu Aker from Bethlehem are on a prolonged hunger strike – refusing to eat until Israeli authorities inform them what they have been charged with and when they will be released.

Time for the Public to Pay the Price

Israhell is not going anywhere with Anglo political and military support. The American Christians are brainwashed by Jewish mythology. Palestinian restraint is the primary reason why the Zionazis are stealing and cleansing unabashed. It is time for bus and cafe campaigns against the Jewish civilians. There shall be no quote international rules of engagement if the international community is useless in stopping the Jewish land theft and ethnic cleansing. Time for the buses and cafes to get lit up, stationary rockets and troop deployments are sitting ducks, asymmetric civilian and infrastructure attacks are the only way to heel the Zionazis.

The problem is that the israelis aren’t semitic at all.

Hebrews are a mythical race that never existed.

The world is cheering for these Palestinian heroes! May the Israeli swine burn in hell.