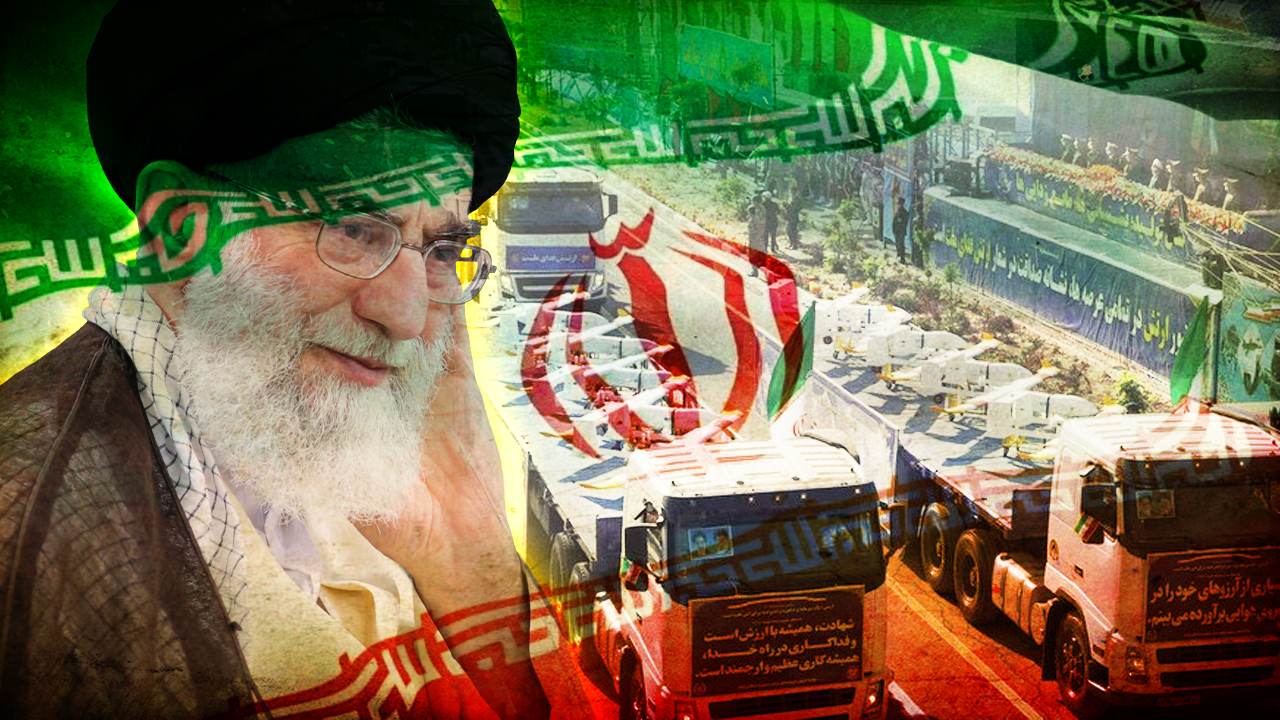 On November 6, four Iranian police officers were killed in a shooting attack in the southeastern province of Sistan-Baluchistan.

“The incident, at a traffic police station on the Iranshahr-Bampour highway, caused the martyrdom of police officers,” regional police chief Major Alireza Sayyad told the official Islamic Republic News Agency, adding that an investigation was underway.

The attacker was reportedly an Iranian soldier. Local officials believe that a personal dispute provoked the deadly shooting. However, opposition sources allege that the attacker had political motives.

Iran has been witnessing mass protests over the death of Masha Amini for several weeks now. The 22-year-old Kurdish Iranian woman died in September after being detained by the country’s moral police for allegedly not wearing a proper hijab.

According to Iranian authorities, dozens have been killed in the protests, so far. Many of the casualties were police officers and security personnel.

Alongside the protests, clashes also broke out in Sistan-Baluchistan, which borders Pakistan and Afghanistan, on more than one occasion recently. Separatist Jihadi groups, first and foremost Jaish ul-Adl, were reportedly behind much of the violence there.

Iran believes that the intelligence of the United States, Israel and several European and Arab states have been fueling the unrest and even commanding protesters and terrorists.

A recent report by The Wall Street Journal revealed that Saudi Arabia and the U.S. are worried that Iran could soon began attacking energy info structure in Arab states working to destabilize it.

Senior Iranian officials have already warned that they will take action against any side that attempts to fuel unrest in the country.

Despite of the unrest, the Islamic government continues to enjoy the support of many in Iran. The last two month saw a series of mass rallies in support of the government. The most recent wave of rallies was held on November 4 to commemorate the 43th anniversary of the United States embassy takeover.

Protests in Iran will likely go. Violence in the country, especially terrorist attacks, could increase as a result. However, this will not likely produce any political change that could benefit the U.S. and its allies.

To solve such a problem, turn off social media, and all problems disappear. In my opinion, social media is a tool for Intelligence gathering, steering public opinion, and command & control platforms. United States invests billions in spying technology (satellites, spy airplanes, drones, etc..), and it will not use such platforms as a weapon

USA is a shithole, EU is becoming one
Reply to  ADIGA

It is fun however to write “Slava Russia!” and “, Ukraine must be destroyed because it is the product of Bolsheviks and it is not viabile like all the rest.” on CIA propaganda walls, as it was fun to write the truth about covid and their vaxxes. 😅

I am Syrian, and this is Syria all over again. Stop the brain washing machine that is controlled by the west (social media).

First of all it is not Masha Amini but Mahsa Amini. Second she was not arrested by the iranian police. So get your fact straight and do not play into the western discourse.

I am thankful for the violence that engulfs the Islamic world. Maybe God’s judgement is finally coming upon these Muslims.

What are you thankful for? “violence that engulfs the Islamic world”

Huh? What violence? Do you have any clue what is happening in Ukraine or the EU or The US or Asia? I wouldn’t say that violence engulfs the Islamic world if you are comparing it to the rest of the world.

Pray to Satan more buddy (your God), these are planned attacks, and if you didn’t know it is their last “hope” to achieve anything before dying.

How many times God’s judgment came upon the EU and Asia? WWI (the EU), WWII (the EU), and soon God’s 3rd judgment coming upon the EU again (WWIII). Hahahahaha, Asian countries also had their fair share of wars, I think the Middle East and Muslim countries had fewer wars and killings, yet some of them are the oldest countries on Earth.

I upvoted you JJ but do actually believe in God? What observable evidence do you have that God exists? I will, out of sport reveal my position first. God is a coward. If I was God I would put on my toga and lead from the front every single day of my existence. God does not lead. No matter what name you call him he is a coward who hides. Can you disprove my God is a coward thesis?

Yes, I do believe in God. What’s funny to me is that most of us believe in one God, but we don’t want to face that fact.

What observable evidence do you have that God exists? You, I, and every person around us.

Christianity: “I live to bring glory to my Lord and Savior Jesus Christ through consistent worship, by my praise and in my life; to cultivate a life of intimacy with God; and to equip women and men for ministry through the power of the Holy Spirit.”

TLDR, God is watching a live-action movie called “The Humans on Earth”. If you did bad “things” you go to hell and if you did “good” you go to heaven (At the end of the movie – Your life).

If you enforce someone to your will, you would never really find out what that person is like… I follow a religion but I’m not really that religious (I’m half-assing it), I go by, do good no matter what and stay on the right side no matter what.

P.S. I just want to be clear I was joking about WWI and WWII being “God’s judgment”.

Well done JJ. I liked your post. You have a worldview and I very much appreciate the people with an intelligence able to form one. “They all dream of heaven, as if they had never seen the earth”-Henry David Thoreau

Indeed my gay friend, whilst we ugly eurotrash fuck each other’s asses and kiddy fiddle away, how dare they object to us my pink pig friend 🍆

JJ345
Reply to  USA is a shithole, EU is becoming one

No, Iran’s oil and gas fields are in the West, South West, and South. (“Balochistan” is in South East of Iran).

Also, “Balochistan” is mostly in Pakistan, and part of it is in Afghanistan and Iran. TBH, I don’t want to get into it.

I’m curious as to why Iran needs to persecute women? Honest question. Is it just because of the quran? We have the same crap in the christian bible as well. Women can’t be teachers or hold authority over men and need to cover their heads. We just ignore it though. I honestly can’t understand a society that needs to hold a portion of people down just so that they can feel up. I don’t like the treatment of palestinians by israel or the treatment of unvaccinated people or Jews in Germany all the same. A culture that holds others down is a weak culture. “The unexamined life is not worth living”-Socrates

What persecution are you talking about? Our law has 2 pillars, Shi’a Islam and traditional Iranian culture. Based on them, the law discriminates against women by:

-There is a dress code based on religion that women are to cover their body (with the exception of hands, feet and face) and prevent wearing tight cloths. A more relaxed one is for men (with exception of forearms, head and neck).

– According to Islam, a man can marry up to 4 women at the same time if he is able to provide a comfortable life for all of them, doesn’t discriminate between them and ofcourse, if all previous wives freely consent him to marry another one. Women can’t marry more than a man at any given time. I must add that although the law allows it, traditions and culture frowns upon any man who marries more than one so there aren’t many of such men in Shi’a parts of Iran.

– If someone causes the death of another human being (involuntary manslaughter), the law decrees that they pay a form of compensation to their next of kin. The amount for women [victim] used to be half of what they would pay if the victim was a man.

– For inheritance, the amount that women inherit is half of what men do. For this one and the one before it, it is also necessary to point out that here, men are providers, they are expected to have a house and pay for expenses of marriage (very different, elaborate and much more expensive ceremonies compared to most of the world) and their life. In case of a divorce, man has to pay the ex-wife her expenses (in addition to a huge dowry) until the ex-wife marries again. If they also have children, their expense adds to this. For a reference a modest dowry is more or less equal to 110 gold coins (each weigh about 5gr 850 carat gold). Dowries with the number of coins equal to the year of the wife’s birthday is common (in our calendar, this year is 1401. So for a 25 years old bride, it’d be about 1376 coins. Some families even go with Gregorian calendar so the same girl’s dowry would be 1997 coins). Basically a woman never has to work in all her life if she doesn’t want to, her father and then her husband must take care of that for her. But there are cases like Hindi movies where a wealthy girl falls in love with a simple worker and showers him in riches and all she wants from him is his attention and a single flower, her father makes him the factory manager and so on. You know, exceptions. In any case, women are the ultimate authority inside the house and family but most of them are also careful to stroke their husband’s ego in front of their children and others.

I can’t think of any other discrimination. So far we didn’t have any female presidents (or army general), but had them in the government up to the minister position (and colonels in the armed forces). In universities and academia, business, research and manufacturing they are present in all levels. I’m not going to recite statistics for you about how many percent of our university students are women or how many big companies have a female CEO. What is needed from your side is receiving your information through various sources, which in Iran’s case means domestic (stationed in Iran) outlets in addition to what you receive from the same sources that told you about the persecution of women in Iran.

I hope that helps. If you have something on your mind, ask and I’ll try to address them. That is if this comment doesn’t get deleted (only one of my 5 comments in the last 2 days survived).