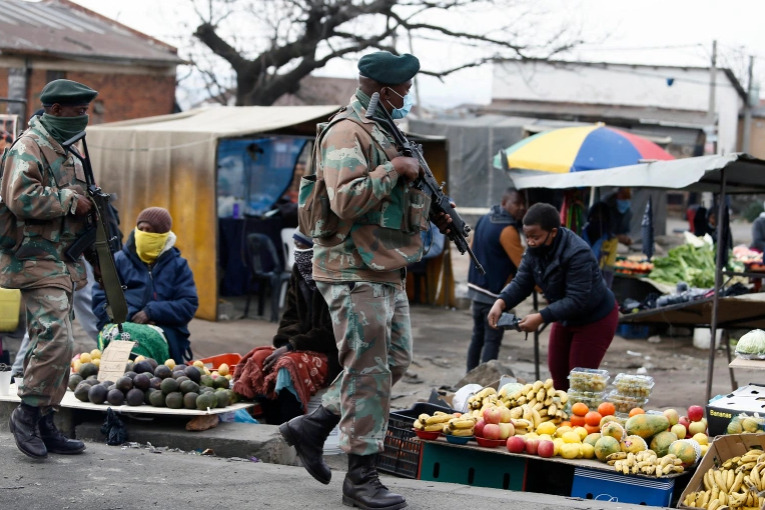 Armed community members and vigilante groups have stepped in to tackle unrest in South Africa.

This has become a sort of necessity due to the fact that security forces are entirely failing in containing the unrest.

Understaffed and heavily reliant on private security companies, the police was rapidly overwhelmed when riots and looting first flared seven days ago in the southeastern province of KwaZulu-Natal (KZN), sparked by the jailing of graft-accused former president Jacob Zuma.

On July 15th, acting Minister in the Presidency Khumbudzo Ntshavheni warned against “a situation where members of the public are at loggerheads with the law after their attempts to protect …their lives and their own lives”.

“Do not infringe on the rights of others and do not take the law into your own hands,” she said.

After mulling it on July 14th, on the next day, South Africa has begun deploying more than 20,000 troops to assist police in quelling the riots.

As of most recent reports, the death toll sits at least 117.

In one of the largest deployments of soldiers since the end of white minority rule in 1994, the government said 10,000 soldiers were on the streets by the morning of July 15th and the South African National Defense Force has also called up all of its reserve force of 12,000 troops.

In a show of force, a convoy of more than a dozen armored personnel carriers brought soldiers on July 15th into Gauteng province, South Africa’s most populous, which includes the largest city, Johannesburg, and the executive capital, Pretoria.

Buses, trucks, aeroplanes and helicopters were also being used to move the large deployment of troops to trouble spots in Gauteng and KwaZulu-Natal province that have seen a week of violence in mainly poor areas.

More than 2,200 people have been arrested, the acting minister in the presidency, Khumbudzo Ntshavheni, told a news conference, adding that Johannesburg was now “relatively calm”.

Progress Update: Arrests have been made. Arrests continue to be made. Justice will be served.#ProtectSouthAfrica pic.twitter.com/KRALbBUF7X

The President visit Durban with a massive convoy.

"There are instigator, people who planned it, coordinated it"

"We are after those people, we are going after them, we have identify good number of them."#SouthAfrica #Ramaphosa #eThekwini #kwaZulunatal -Natal pic.twitter.com/8YESKEmdoH

The situation appears to be somewhat subsiding, but it is far from being solved.

WATCH | Why South Africa is reeling under the worst violence since Apartheid?

Did they chop off cosbys ankles to adjust for the height difference?

Had to kneel lower when blowing the BBD?