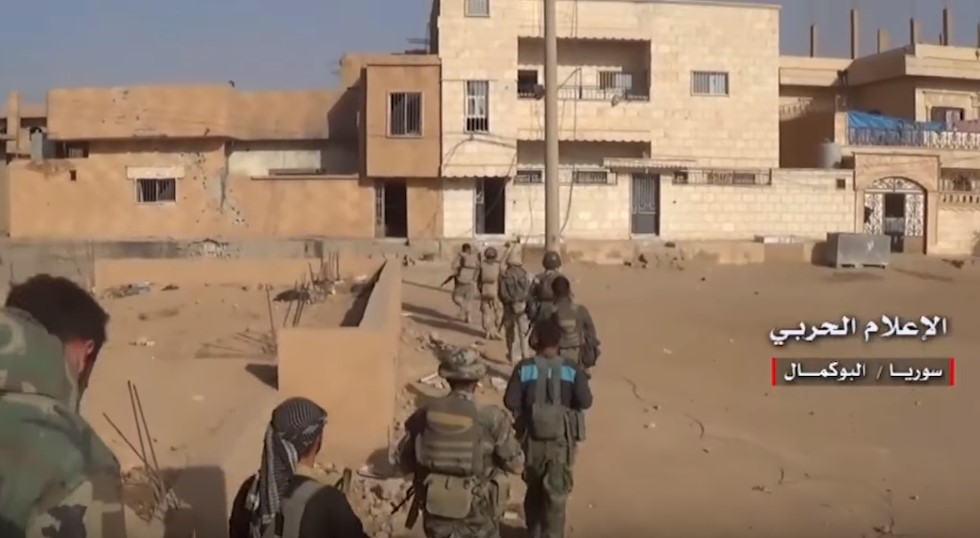 The Hezbollah media wing in Syria has released a fresh video showing clashes between ISIS and pro-government forces in the Syrian city of al-Bukamal. The videos show an advance of the Syrian Arab Army (SAA), Hezbollah and their allies inside al-Bukamal.

Yesterday, pro-government fighters once again entered the city and captured some positions inside it. Some pro-government sources even claimed that the ISIS defense collapsed in the city. However, on Sunday, the clashes continued.

SAA army, and any one in their allies whether they are regular army or tribesmen etc, it is the responsibility of Syrian government to take care of their health and safety. Government should provide them steal helmets, bulletproof cloths, and safety shoes.

Bulletproof cloths are easy to make just they should tell to any tailor and steal fixer to fix steal plates inside army cloths. Hundred tailor masters can make enough bulletproof cloths for regular and nonregular army.