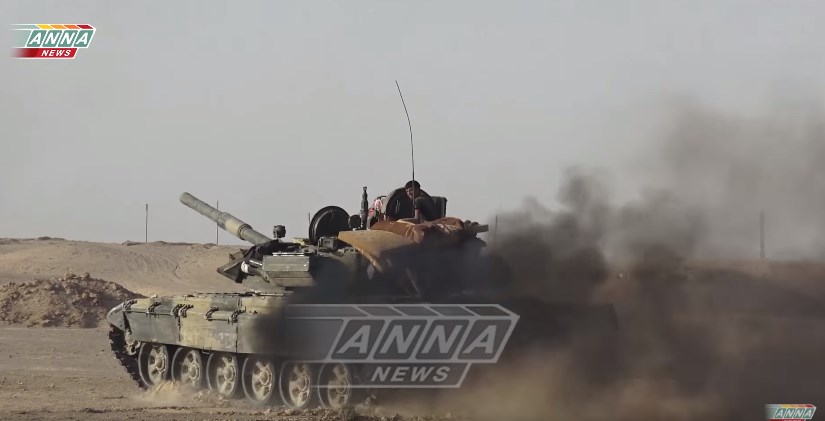 The ANNA News agency has released a fresh video showing the Syrian Arab Army Tiger Forces advance against ISIS along the Euphrates River in the southern Raqqah countryside.

Earlier, the Tiger Forces and pro-government tribal forces liberated a significant area in the southern Raqqah countryside and deployed in the administrative border with the province of Deir Ezzor.

ANNA footage great as usual. 1:28 An army marches on its stomach. Get some eggs first, then feed the tank. :) 3:53 Adidas gear required for proper operating. :)

Those journalists that make this video are an example for MSM hores. Great job under fire so we can see what’s going on “on the ground”.