Syrian government forces have blown up a large HQ and an underground tunnels network in the recently liberated town of Hazeh in the Eastern Ghouta region. The facility had belonging to Faylaq al-Rahman and had been used as a key hub in the rear of the militants’ defense in the region.

Hmm…. why would they though.

Perhaps because it would be too painful to deal with all the boobytraps the terrorist scum left behind.

Yeah I wondered about that. The other possible motive is to bury something, either that or their building clearance went very badly.

Occam’s Razor, always go for the most simple plausible solution. What’s more simple and plausible then that the retreating Jihadis have left it boobytrapped to the core?

It would be hard and time consuming to secure it if it was left intact. There may be hidden caches of weapons, and ammo to assist another takfiri uprising. Unsecured it would become an ideal hide-out for anti-government agents. By collapsing the central tunnel its usefulness is largely gone for the insurgents, or sleeper cells.

How to win a war as taught by Russia, Syria, Lebanon and Iran. Once there were Damascus terrorists, and then there were none: 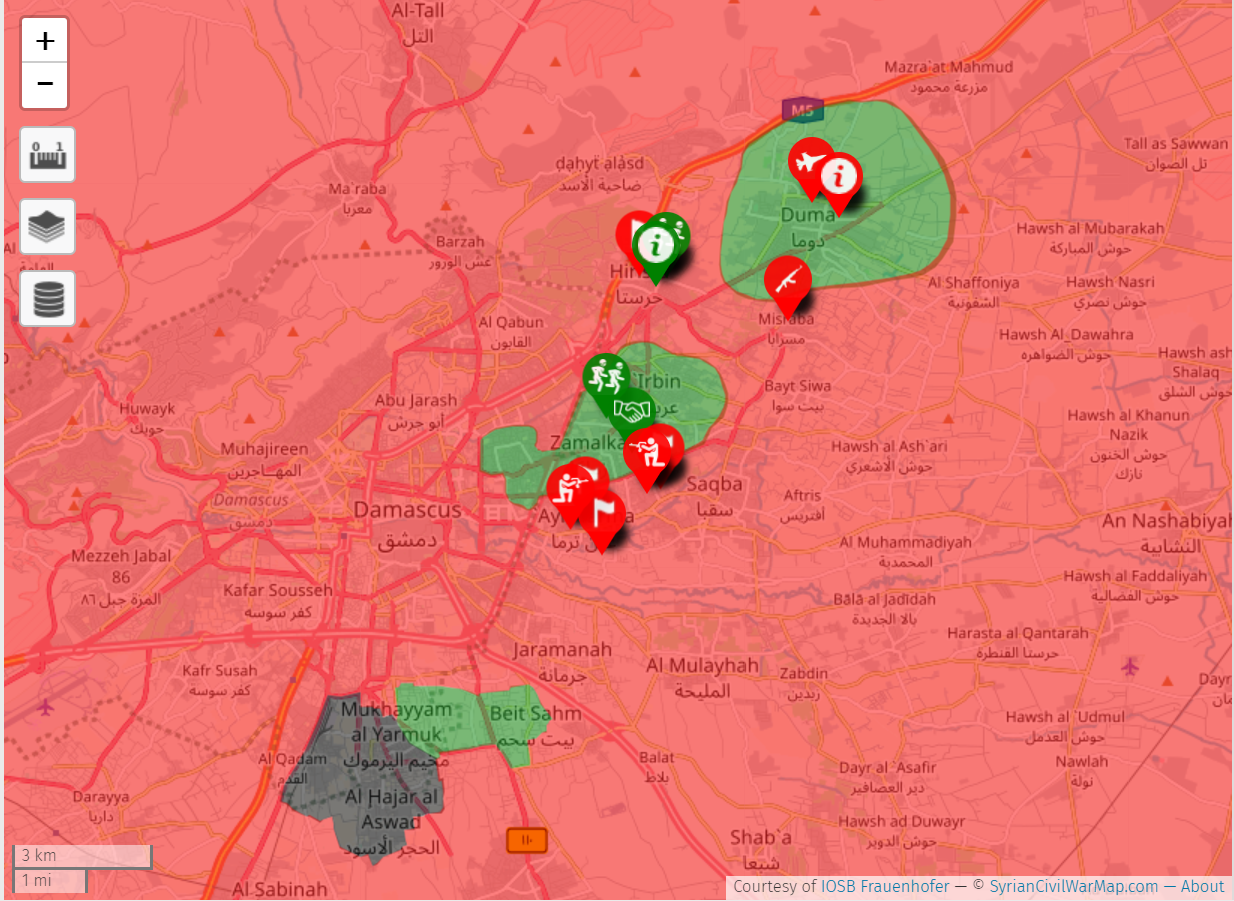 Looks like the Israelistan secession project east of the river may have more to worry about than just the Turks on a roll:

This happened a couple weeks ago , correct? I was under the impression fighting in hazeh stopped when evacuation talks began.

Still takes time to actually find the tunnels and where they lead to. This one was probably found by intel.