The video allegedly showing the moment of a sufrace-to-air missile launch during the January 8 incident with the Boeing crash in Iran has appeared online. The video supposedly shows a separate launch of the missile at the Ukraine International Airlines Boeing 737-800 (Flight PS752) near Tehran. The plane crashed minutes after taking off from the Imam Khomeini airport.

On January 11, the Iranian General Staff said that the plane was shot down due to a “human error” . The full statement:

“Hours after Iran’s missile strike, the warplanes belonging to the terrorist American forces increased flights in the airspace surrounding Iran with reports keeping to come about some flying targets which were moving towards Iran’s defense targets. Also, numerous cases were observed on radar screens which demanded further alertness on the part of the Iranian airforce defense units.

In such a sensitive and critical situation, flight 752 of Ukraine Airlines which had taken off from Imam Khomeini International Airport, moved very close to a sensitive military spot belonging to the IRGC forces when completing a loop. The altitude and the direction of the flight’s movement were like an enemy target, so the aircraft was targeted unintentionally due to human error which unfortunately caused the martyrdom of a number of Iranian national together with a number of foreigners.

The General Staff of the Iranian Armed Forces hereby extends its condolences to the bereaved families of the victims of the incident as well as those foreign nationals aboard the flight. It also offers its apology for the human error which caused the crash.

The related officials in the Islamic Revolution Guard Corps (IRGC) will elaborate on the details in media.”

Photos of the Boeing cabin with holes from the strike: What a blathering excuse,the Iranian dictatorship could have postponed these flights especially those going close to military bases

the inference is its all Trumps fault!

Fuck off bob. Stop being an arrogant ass-wipe.

Nobody forced PS752 to take-off on the Iranians side.

The Ukrainian pilot is as much at fault for taking off in hostile skies.

Or whoever gave him the orders to take off in the midst of a kinetic activity period.

Not “whoever”
It is job of ground control.
So FULL responsibility can go only with Highest Military air force and air defense command for not grounding ALL aircraft’s because of “highest alert” !

How the hell he could possibility know that Iran had “highest alert” on?
Can’t possibly be mistake of the pilot!
Once they had “clear” from the ground control tower in exact time…They MUST take off unless they have valid technical or medical reason not to.

Agreed the Civil Aviation Organization of the Islamic Republic of Iran are the first ones responsible …flight should never have been allowed to fly.

Very true, Iranians even could not think about closing the airspace for civilian flights during missile attacks to US bases.

Here is a recap of other planes hit by missiles over the past four decades:

All 298 people aboard the Boeing 777 were killed, including 193 Dutch nationals.

The Kiev authorities and separatist pro-Russian rebels, who are battling for control of eastern Ukraine, accused each other of firing the missile that downed the flight. However, it is generally assumed that Kiev forces shot down the Malaysian aircraft

March 23,2007: An Ilyushin Il-76 cargo aircraft belonging to a Belarusian airline was shot down by a rocket shortly after takeoff from the Somalian capital Mogadishu, killing 11 people.

The plane was transporting Belarusian engineers and technicians who had traveled to the country to
repair another plane hit by a missile two weeks earlier.

The crash happened less than 300kilometres from the Crimean coast. A week later Kiev admitted that the disaster was due to the accidental firing of a Ukrainian missile.

July 3, 1988: An Airbus A-300 belonging to Iran Air, flying from Bandar Abbas in Iran to Dubai in the United Arab Emirates, was shot down in Iran’s territorial waters in the Persian Gulf shortly after takeoff by two missiles fired from a US frigate patrolling the Strait of Hormuz, apparently mistaking it for a fighter aircraft. US navy decorated the ship’s captain.

The 290 passengers on board were killed and the US never offered an apology.

September 1, 1983: A Boeing 747 belonging to Korean Air (then called Korean Air
Lines) was shot down by Soviet fighter jets over the island of Sakhalin,after veering off course. All 269 people on board were killed. Soviet officials acknowledged five days later that they had shot down the South Korean plane.

February21, 1973: A Libyan Arab Airline Boeing 727 flying from Tripoli to Cairo
was shot down by Israeli fighter jets over the Sinai Desert.

All but four of the 112 people on board were killed. The Israeli air force shot the Boeing civilian aircraft after visual identification in a brazen act of cold blooded aerial mass murder.

The Islamist Iranians shot down the Ukrainian plane, period. And it is just as clear that the Malaysian plane shot down over Russian controlled Ukraine was downed by Russians or their lap puppies period. The Russian military plane shot down over Syria was downed by Syrians, period. What is common to all these cases is that Russian missiles in the hands of near third world amateurs don’t have a good track record.

So now we are getting to the real concern of the U.S., they don’t want states to be able to defend themselves from the air airstrike/Jihadi invasion scenario.

If they embraced a true capitalist,free market, rule of law and civil freedom/ civil rights agenda they wouldn’t need to defend themselves,they could come inside the big tent with all the other normal people

“… could come inside the big tent …” and get ass-raped just like all the other vassals of the US. Thanks, but no thanks.

You need to ‘come out’i think

no evidence for russian responsibility over Donbass. PERIOD. or are you a Nazi?

No Russian integrity and balls to admit to their deadly mistake. At least the Iranians have that even if they have the same incompetence you have.

Russia released the original manufacturing and delivery records of the BUK missile that struck MH17. They clearly show the missile was delivered to military in Ukraine, which at the time was a province of the former USSR. Once again you are wrong.

Once again you gulp down the kool aid

Probably along with other stuff,wink, wink,

misile strike, iran accepted responsibility. couldnt crack the black box so gave it to france/canada. wonder how many viruses that black box had in it once they had finished with it

If the Iranians couldn’t crack the data, it seems unlikely they could concatenate any viruses into the data.

dunno, they said they couldnt crack it. who knows. if they could or not. At least the families can get closure now.

They were burning alive before hitting ground….
A horrible death…RIP to the innocent victims.

Source of video? The timestamp seems off. 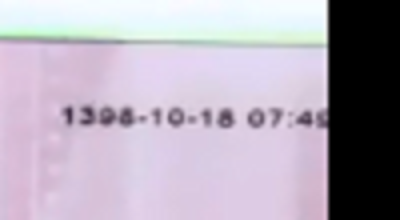