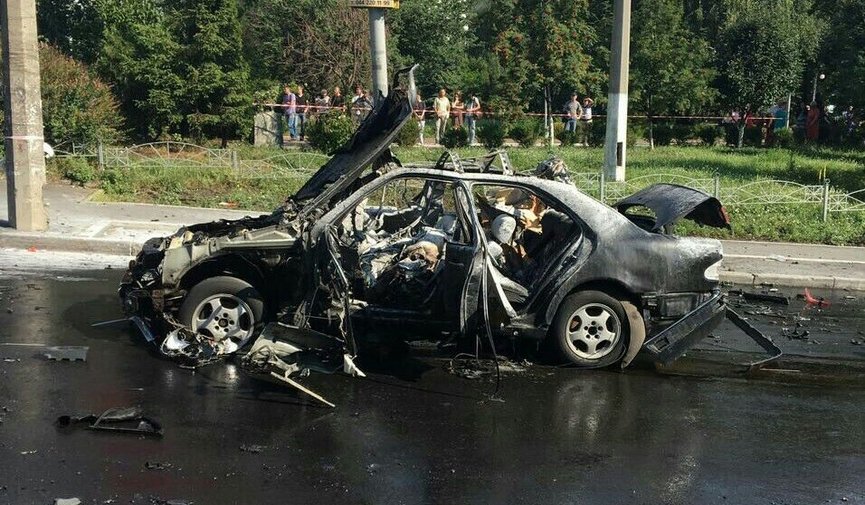 A senior Ukrainian military intelligence officer has been killed in a car bomb attack in the capital of Kiev, the authorities said on Tuesday.

According to the country’s defense ministry, the man was identified as Col. Maxim Shapoval of the Chief Directorate of Ukrainian military intelligence.

Shapoval’s car  blew up in Kiev on Tuesday morning.

Some Ukrainian media reported that Shapoval was chief of military intelligence’s special forces.

Why would they want him out?

I think he meant that he was a CIA puppet. So in that sense tough luck for them.

For the same reason they wanted the loyal crown Saudi Prince out, they knew they could do even better! When someone is loyal to Zionist interest 90% of the time, but then someone else comes along who will be for Zionist interest 96% of the time, then usually one gets fired (or dies in a fire) and then boom! A job opening opens up, and the even more zionist-shrill gets the newly opened position. See Recent Events In Saudi Arabia for more in-depth detail of this playbook.

What goes around, comes around I guess. Did these guys really think they would escape KGB’s long arm? This was payback to Givi and Motorola and numerous other assassinations carried out in Donbass but these Zionist stooges.

For Givi and Motorola

They were heroes. Not like Schwarzeneger or Stallone in movies but real true humble and loyal heroes. I don’t remenber the name of commandant in chief of DPR assassinated in winter 2015. It was on Kazzura channel (U Tube) at this time. In his memory too.

What do you think John McCain?

Finally retribution! For the crimes against the people of Lugansk-Donetsk and Ukraine too! May more of NATO-fascist minions share his fate!

When Israel and Mi6 do not like the job you are doing and prefer someone more Zionist then you are, then boom it happens!