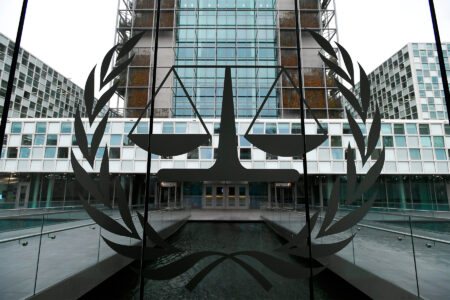 The prosecutor will focus on Taliban and ISIS-K

The International Criminal Court (ICC) prosecutor is seeking approval to resume an investigation into alleged war crimes in Afghanistan but will “deprioritize” investigating suspected crimes by the US and its allies.

Karim Khan, who took over as ICC prosecutor in June, said he would focus on Taliban and ISIS-K, citing recent allegations. ISIS-K took credit for the August 26th suicide attack at the Kabul airport that killed over 100 Afghan civilians and 13 US troops.

Khan’s reasoning is that the ICC has limited resources, and the Taliban and ISIS-K are responsible for more recent alleged crimes. But the last known US airstrike in Afghanistan took place on August 29th, and it killed 10 civilians, including seven children.

According to Al Jazeera:

A lawyer for alleged victims of US torture in Afghanistan was “stunned” after Khan announced he would “deprioritize” the investigation into American forces, a probe that has long enraged Washington.

There were other instances in the final weeks of the US war in Afghanistan of civilians being killed by US airstrikes. In early August, US airstrikes in Lashkar Gah killed destroyed a health clinic and a school, killing at least 20 civilians. 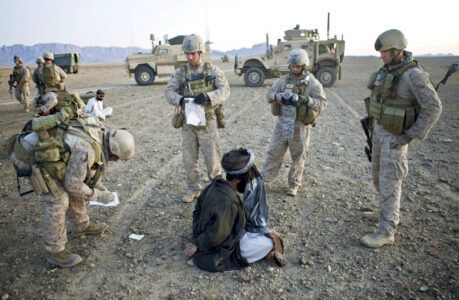 Is this the same ICC which wanted to investigate US war crimes in Afghanistan but then desisted when threatened by the US? https://t.co/AIcYPiaxHy

While the Biden administration has lifted ICC sanctions, it has come out in opposition to the court’s decision to investigate alleged Israeli war crimes in Gaza. Secretary of State Antony Blinken said the ICC is “unfairly” targeting Israel even though the ICC said it will also investigate claims made against Hamas.

Karim Khan is British. No reason to get stunned.

The ICC is a sham, just like the UN. It’s just a bludgeon that powerful nations use to bully the weaker ones.

As far as i know the US never signed up to the ICC for US citizens,also Pompeo threatened ICC Officials and sanctioned them,like the time that mad bastard John Bolton threatened the then head of the OPCW because he didn’t follow the US narrative on Iraqi WMD,we know where your Kids live was the threat,they are just Mafia Gangsters and i fail to understand why some people still support them.

Correct . Both Israel and the US refuse the ICC jurisdiction into their war crimes. Both carry out their own investigations into their citizens and hand out the medals afterwards.

Well they suffered a humiliating defeat despite, all their wickedness.

The US and Israel do not recognise the right of the ICC to investigate their war crimes and as such the ICC have no power to do so unless they are invited to do so by the US or Israel. So no one should be surprised when the ICC doesn’t investigate any war crimes committed by these two who commit war crimes with impunity.

Then all the other nations are morons for signing onto this.

@SF, get better team memebers. I’m sorry, but what the hell are these reports? No-one here is stupid to think ICC is anything but court for Africa – that is run and get orders by White fuks in US and EU.

Hahahaha, remember Iraq? or how the USA protected all those JP fukers after WWII? Who give two fuk about backward Sunnis in Afghanistan that sleep with Al-Qaeda and such dick’s of Wahhabi Sunnis?