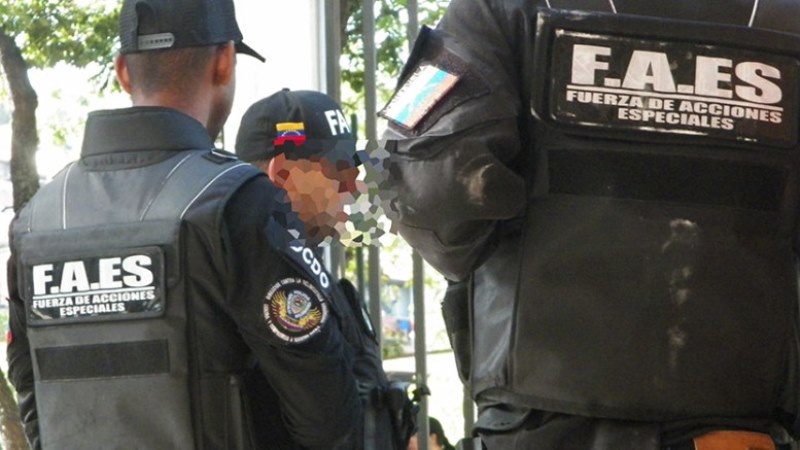 On February 5th, US President Donald Trump held his “State of the Union” address. In it he reinforced his support for Venezuela’s US-proclaimed Interim President Juan Guaido. President Nicolas Maduro of Venezuela has accused Guaido and his allies of staging a coup. Maduro also says the US and other foreign powers are waging an “economic war” aimed at removing him from power.

“We stand with the Venezuelan people in their noble quest for freedom — and we condemn the brutality of the Maduro regime, whose socialist policies have turned that nation from being the wealthiest in South America into a state of abject poverty and despair,” Trump said.

Meanwhile, a bank in Portugal blocked Venezuela’s attempt to transfer $1.2 billion to Uruguay a member of opposition said on February 5th.

“I’m pleased to inform the Venezuelan people that this transaction has until now been halted, protecting the resources of all Venezuelans,” Paparoni said.

Venezuela’s Information Ministry has not yet provided comment. Lisbon-based Novo Banco, which is 75 percent-owned by U.S. private equity firm Lone Star Funds has also not yet commented.

Furthermore, Pope Francis said he had received a letter from Maduro, but he had not yet read it. Maduro told Italian broadcaster Sky TG24 on February 4th that he had sent the letter to the pope “for help in the process of facilitating and reinforcing dialogue.”

Asked about a possible direct mediation effort by the Vatican, the pope said, “I will read the letter and see what can be done, but the initial condition is that both sides ask for it. We are willing.”

Russian Foreign Minister Sergey Lavrov told RIA Novosti that the Venezuelan crisis can only be solved through dialogue between the government and opposition.

“We continue to believe that the only way to exit this crisis is by sitting the government and opposition down at the negotiating table,” Lavrov was quoted as saying by RIA. “Otherwise it will simply be the same regime change that the West had done many times.”

During the same speech, Lavrov said that the EU member states are completely disregarding Russia and China as sides in the efforts to alleviate the Venezuelan crisis. That, according to him, is strange.

“It is strange why our interest in participating in the search for opportunities for the Venezuelan parties to negotiate is not taken into account, the same goes for the Chinese interest,” Lavrov said

Venezuelan authorities seized a US weapons shipment, RT reported. US-made weapons were discovered at the storage yard of Arturo Michelena International Airport in the Venezuelan city of Valencia, the Interior Ministry claimed.

The stash included at least 19 rifles and 118 magazines, high-caliber ammunition, as well as 90 radios and six mobile phones – and was likely sent from Miami, Florida on February 3rd.

An investigation has been launched to determine the intendent recipient.

On February 6th, the Guardian published an article looking into the Venezuelan Faes Special Forces, who reportedly strike fear into people at Maduro’s behest.

“Faes – the special action force – has earned notoriety since the uprising against Maduro began last month. Graffiti artists have daubed Caracas’ walls with messages denouncing its operatives as ‘murderers of the people.’”

In a recent post on Instagram, the group said that its responsibility was to “guarantee security, tranquility and peace” for all Venezuelans. It also called out Juan Guaido on attempting to spread “fake news” regarding the group.

However, activists claim that since the attempts to oust Maduro they’ve assumed a more “political role” to tackle the challenges that the authorities face.

In an Instagram video, a Faes commander urges troops to show “absolute loyalty to Maduro” given the “extremely difficult moments” his administration was facing. “As soldiers who are faithful to the revolution, let’s go for it, let’s really go for it – without hesitation,” he says.

Asked about alleged killings by the group on Venezuelan television last week, the attorney general, Tarek William Saab, said the criminal responsibility for such acts was “individual. Those who commit violations … will be prosecuted, whichever part of the police they are from.”

The quintessential narco-mafia state is Colombia which happens to be an US puppet country!

He is a right wing neofascist Israhell lover. Watch rich VENEZUELANS raise the Israhelli & US flags at Guido Bandido rallies

Once again. lesson number one, never ever forget this, like other issues as the YV in France, what you see is an MSM created alternative reality to put it in the proper context, where they flood the woid with storys, angles, whatever, as long is goes in the direction witch the MSM wants it to go, thats why we are given an constant stream of “news”, witch since its patherns are similare to whats been the scap book for decades regarding staging and submiss nations to the wills of an insane regime, the imperial banana republic UssA.

The funny thing is I may use sutch an term, is how openly its become, they have no shame, the Portugeeeees is of course, just displaying what we already knew, an total lack of whatever even remotelly resembles an spine, probably only fibre is keeping the rotten corps somehow erected, jesus what an whimp, only beaten by the EuroCrauts, etc, whom somehow thinks the rest of the world is equally stupid as they are, their “reasons/explanations” is again taken from the same MSM whom have and stil is lying about everything, all the time.

I sincerelly hope the world notises this, whom runs the f…. show, whom can do what they want, to anyone, even nations, and banking is of corrupt as the Brits so elegantly displayed it to the rest of the world, you must never ever trust them again, do you understand this. And do also notise another massive psy-op org witch is basically an Gov weapon and packed with intell brats, is the USAid, when you realize what they are, where they are, and what happens when they are there, what happens to the countrys, and what happens to the resources, the economy, Africa and others, since USAid also is an umberella for other western backed attack weapons, camuflaged as AID. That, Africa, is your nemesis, they are the devils spawns, the dark force, and power is what they want.

You better get your eyes open in an bloody hurry, it looks like they are. wake up or be raped, plundered or killed, asleep, and I am not even joking.

Blessed be the peacemakers.

It would have been more credible if there was a US flag too.

UNSC will have to impose a no-fly zone over Venezuela. Otherwise it will just be the same scenario as we have seen Putin been doing so many times: Pouring gasoline all over Venezuela while Maduro is bombing innocent civilians who only want freedom and refuse to vote for dictatorship. The US will have to interfere again and alone together with our allies remove the terrorists from the country. Sorry guys, when we dont act you criticise US, and when we act you also criticise US. Stop that will you?

This is total bullshit. Maduro is a deeply unpopular leader who has attempted to disarm his own people, and is starving the nation, i hope he is killed in the street with spoons and forks.

” i hope he is killed in the street with spoons and forks. ”

How about can openers ? Is that OK ?

There hasn’t been canned food in Venezuela for a long long time, but i wont say no

What else did the MSM tell you?

What a brilliant come back, its almost like you agree with me but want to attack me personally for lack of argument.

Firstly, I didn’t know you did not speak sarcasm. Secondly……wouldn’t a come-back imply that you would have made a comment towards me first, and then I would “attack you personally” as a come back? I would not attack you, personally, but I would attack your lack of argument as what you said was not in any way, shape or form an argument, but an echo or parroting. Hence the sarcastic remark.

Maduro is not a great guy. And Venezuela has fallen apart under socialism. However it is none of the US’s business at all. The UN has no credibility and should be disbanded. I wish no ill towards Maduro. To be frank, I don’t care what happens in Venezuela as long as it is the Venezuelans doing it. “Live and let live” Who cares if they crash their own economy. Let them. It is no ones business bu their own. It is no ones place to fix it either but their own. https://antizionistleague.com/

Interesting weapons find. Was this to be the humanitarian aid supposedly delivered by the US? This is exactly how it was done to Syria and Libya. Bolton pulling another Clinton? What a complete scumbag. We’ve heard this propaganda before. Blame and demonize the government and it’s supporters any way you can. Same MO by US.