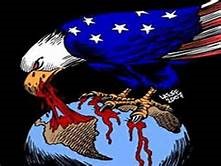 The US is continuing with its all-out effort to bludgeon Venezuela into submission, maintaining its menacing albeit ambiguous threats against several Iranian tankers carrying fuel to the South American country as a supplementary measure to its sweeping sanctions and economic blockade and reckless military and paramilitary aggressions. The US push to exert maximum pressure on its adversaries has brought both regions to flashpoint once again, as a fleet of US warships has been deployed to patrol maritime approaches to Venezuela for ‘Enhanced Counter-Narcotic Operations’ and up to five Iranian vessels have been identified by several companies tracking marine traffic as being on a course to deliver fuel from Iran to Venezuela.

The threats against the fuel shipments are the latest in a long list of belligerent and hostile acts against Venezuela, from sabotage attacks against the country’s electricity grid, to last year’s dramatic assassination attempt with drones against President Nicolas Maduro at a military parade, repeated attempts to incite mutinies at military garrisons, to the failed mercenary attack that included a maritime incursion from neighbouring Colombia.

Many aspects of the failed mercenary incursion appear to have been clarified.

On the 3rd and 4th of  May, two speedboats carrying armed groups were intercepted by Venezuelan armed forces on the shores of La Guaira and Aragua States, respectively. At eight members of the paramilitary forces were killed.

US Army special operations veteran Jordan Goudreau claimed he organized the coup plot, which he called “Operation Gedeon,” together with a retired Venezuelan Major General (Cliver Alcala). Among those arrested were two ex-green berets, who claimed during interrogation by Venezuelan authorities that their mission was to secure the Maiquetia international airport, kidnap Maduro, and transport him to the United States. 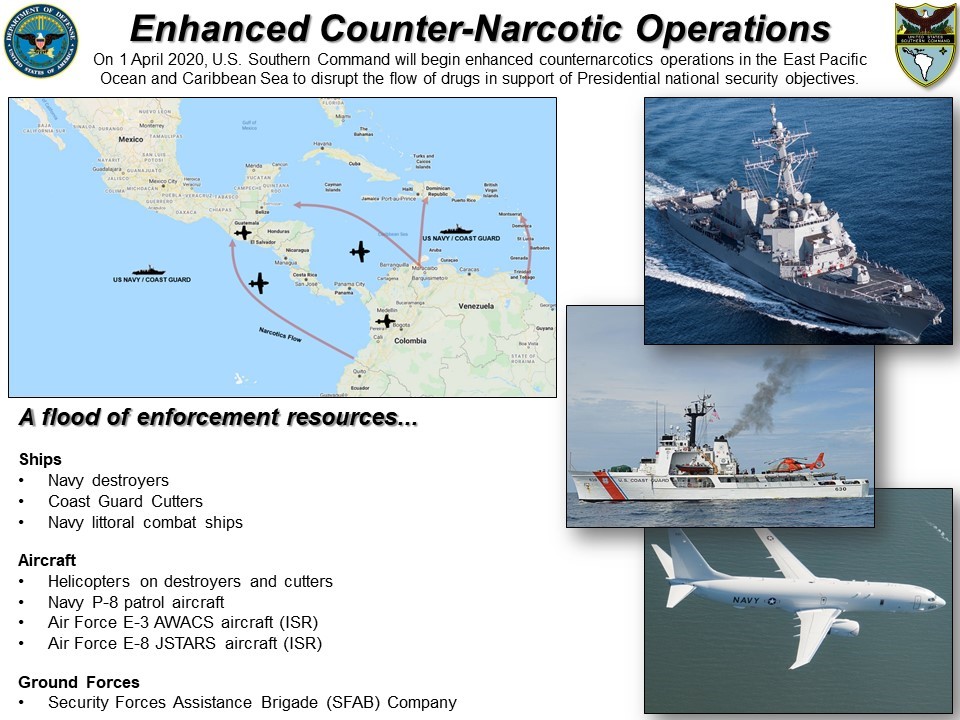 “[Colombian] authorities in Riohacha, Barranquilla and Alta Guajira were aware of the mercenaries’ presence and the training camps. Any independent investigation would reveal the Colombian government’s involvement in this armed incursion against Venezuela.”

Venezuelan authorities also drew attention to a contract in which the Venezuelan opposition hired Goudreau’s Florida-based private security firm, Silvercorp, to overthrow the Maduro government in exchange for a US $213 million fee. Opposition leader Juan Guaido, as well as advisors Juan Jose (J.J.) Rendon and Sergio Vergara, appear as signatories in a copy leaked by Goudreau. The terms of the extraordinary agreement – according to which the “Service Provider Advisors will advise and assist Partner Group in planning and executing an operation to capture/ detain/remove Nicolas Maduro (heretoafter ‘primary objective’), remove the current regime, and install the recognized Venezuelan President Juan Guaido” –  have been published online by the Washington Post.

The agreement includes details regarding the opposition’s payments to Silvercorp in addition to the firm’s future role in “counter-terrorism” and “counter-narcotics” activities under a Guaido administration. The paramilitary forces were also to deploy deadly anti-personnel mines, strike infrastructure and other economic targets.

Attorney General Tarek William Saab has announced that ex-green berets Luke Denman and Airen Berry have been charged with terrorism, conspiracy and arms trafficking. The detained Venezuelans were charged with conspiracy with a foreign government, treason, terrorism, among others.

The Trump administration issued has denied any involvement in Operation Gedeon, as have Colombian officials.

Many however consider it likely that the US had prior knowledge of the operation. The Wall Street Journal published a report citing anonymous sources who claimed that the CIA and Colombian intelligence monitored paramilitary training camps headed by Alcala in Colombia.

the more than stupid idiot in the white house wants Maduro dead but is prevented by law to arrange his assassinations and thus the idiot offers a bounty for 10 or 15 million bucks for his arrest which, bet you a dollar, will be paid even if he turns up dead, killed by one of the many sleazebags such bounty will tempt into more typical foolishness typical of the white house idiot. and then they have the friggin temerity to nix the Russian UNSC resolution attempt to calm down the situation.morally bankrupt and in the white house reigns just unadulterated stupidity and corruption galore.

Maduro should offer a bounty for trump and family and pompous and family of say 10 million bucks each dead or alive. a day to behold when the 4th president of the disjointed and bankrupt states of A is assassinated (Florida would be a great theatre for such a venture)

Yes, great theatre. However ineffective to answer the problem of the Globalist agenda. US Government, and Trump are puppets to the Zionist Khazar criminal Banking Cabal. Headquarters of the Cabal, and puppet masters at The City of London. Directing attention to the puppet masters is the only effective, efficient answer to put a permanent end to a problem plaguing the world for 1,500(+/-) years. All the rest is rubbish.

What stupid Zionist Khazar criminal Banking Cabal? You have searched for the truth so much you have lost it and strayed from it. The people who control the political affairs are ont stupid secret Cabal, but the people who are actually in power. I used to think like you, but then realised this conspiracy was stupid and based on nothing, really. Things don’t add up.

In the first place, I didn’t call those in power “stupid.” I’ve not lost the truth, or the facts supporting truth. The people who are in “power,” are not as you claim “in power.” Instead these people, are part of the façade those in power operate behind. Or, once did, today these people don’t bother to hide their identity. The truth, and the facts are found in the countries that don’t censor journalism, and remain unbiased. I was taught how to identify fact from fiction, and where to search facts for their veracity. US Government voting records, as example. You’ve not provided any facts, or sources to back up your comment. But you’re not required, other than to support your assertion, (ad hominem) I’ve somehow gone off the rails. Which I have not. There are too many legal documents, of all kind, and type reflecting the facts, ownership of debt, the people who own the corporation’s involvement in politics, the influencing of legislation to ensure a desired outcome, records of the stated purpose of any given legislation, and the actual effect, after becoming law. The obvious loss of the rights of the people, overrestriction, and overregulation of the free movement of the people, the incessant attempts to grab our guns, the use of military PsyOps, and propaganda against US citizens, through media, public education system, records cannot hide when inspected. The legislation that has been rewritten to legalise the use of once illegal means that now legalise criminal acts. The records showing US Federal Reserve Bank to be a privately owned offshore bank, the ownership of the fiat currency, and the rights to print it. All illegal under US Law. The wars fought over the Zionist Khazar criminal Banking Cabal’s ownership, and the banks Charter. Give proof of the facts. I haven’t lost anything. I suggest you have gained cognitive dissonance, or have sold out to the terrorist organization ruling the world. Your narrative matches.

Aye, on those inside the gates….. “A nation can survive its fools, and even the ambitious. But it cannot survive treason from within. An enemy at the gates is less formidable, for he is known and carries his banner openly. But the traitor moves amongst those within the gate freely, his sly whispers rustling through all the alleys, heard in the very halls of government itself.

For the traitor appears not a traitor; he speaks in accents familiar to his victims, and he wears their face and their arguments, he appeals to the baseness that lies deep in the hearts of all men. He rots the soul of a nation, he works secretly and unknown in the night to undermine the pillars of the city, he infects the body politic so that it can no longer resist. A murderer is less to fear.” –Marcus Tullius Cicero 42B.C.

guess it’s possible to pinpoint the double passport carrying traitors whose loyalty primarily is directed not to its domicile country but to another subject, like israel (which by the way is a failed geopolitical experiment which has forfeited any and all rights to continue and must therefore be terminated one way or the other).

Trust me you have no idea who is in power. I used to think like you, until I realise there is a conspiracy behind the conspiracy itself. You try to sound intelligent but you have been brainwashed in the process of trying not to be brainwashed, but again, I do not blame you, you are still finding your way. All I ask you to do is really open your eyes, I am sure in your head “oh I am awake, I know the cabal, I know how our world is ruled” no you do not. The things you have stated are just signs of lack of correct leadership and appointment of the wrong leaders. Let me teach you something, the world is in a mess not because of your idiotic “zionist kasha” narrative. But because of YOU AND I. We make our reality, the world is a mess because the majority of us on earth are mad, at the end of the day who appointed our leaders? Listen, you can believe what you want to believe, we have free will. But I just tell you this conspiracy does not lead to the truth, it never will, it only takes you further from what the truth is,

Look troll, I’m not interested in what you’re selling. The only conspiracy I see is Government. A conspiracy. The way you’re tossing the non-existent “conspiracy theory” thing around as if it were meaningful, and nothing in the factual context of whom actually rules the world, does not inspire confidence. The walking/talking crimes against humanity that is our beloved Government has been run by Bolsheviks for decades. This Government does not serve the people, or Israel, (Rothschilds yapping little lap dog) It protects Israel. US military action does not serve this country’s interests. Instead it does whatever it’s directed to do. Either the puppet masters, at The City of London, or by your extra super concentrated mystery ruler of the world. You’re not saying Pike lied, are you ?

Tony B.
Reply to  Jim Allen

Gotta wonder what guys like George Washington would think about the current state of their country being a self-proclaimed global policeperson and maritime commercial empire practicing what is essentially aerial terrorism and naval piracy, for no clear national interest but instead a bunch of gobbledegook from corporate shills and corrupt slipdicks.

The stupid dumbass CIA cunts hired even bigger morons than themselves as these terrorist idiots were carrying around Americunt passports and family pictures. No wonder the dumbass Americunts are a global laugh a minute. Maximum clowns.