A top Venezuelan official has announced that President Nicolas Maduro has ordered national oil and gas company PDVSA to close its current European headquarters in Lisbon, Portugal and move it to Moscow. The announcement came from Venezuelan Vice President Delcy Rodriguez during a press conference standing alongside Russian Foreign Minister Sergey Lavrov in Moscow on Friday.

“President Nicolas Maduro instructed the Lisbon branch of PDVSA to close this office and relocate the office to Moscow,” Rodriguez said, according to Russia’s TASS news agency. It appears the relocation is already underway, and is part of the framework of “broadening cooperation” with Russian energy giants Rosneft and Gazprom, according to the statement. The Venezuelan vice president said, “This is done in line with our plans to expand technical cooperation in the oil production area with Rosneft, with Gazprom. The moment now is the most suitable to do so. We are changing the format of our relations.” And she added, “It’s the perfect time, as we are reshaping our relations.”

As part of the press briefing, Russian FM Lavrov conveyed President Putin’s words of support and solidarity to his “friend” President Maduro in a further clear sign that Moscow has dedicated itself to helping Venezuela’s state oil company weather the storm of US economic war and sanctions.

This after what’s been widely acknowledged as failed US-led coup efforts over the past weeks in support of opposition leader Juan Gaido, who has tried to rally support for greater external “pro-democracy” intervention against the Caracas government. As part of her remarks Rodriguez slammed what she called a US “operation” of “sabotage” against a “legal government” spearheaded by White House envoy to Venezuela Elliott Abrams.

As far as operation against Venezuela is concerned, it’s headed by a person experienced in such kind of sabotage, person who repeatedly spoke against legal governments, Mr. Abrams. There are certain plans, certain steps aimed at creation of illegal armed groups according to the US tradition, creation of terror groups. The whole world knows it’s doing that, it’s not a secret. The US supports such extremist illegal terror groups to destabilize the world.

Lavrov backed her assessment as follows: “We are concerned about the US plans to arm militants to destabilize the situation in Venezuela and, strictly speaking, to invade this sovereign country, as the US does not hesitate to speak openly about them,” said the Russian foreign minister.

Friday’s words vowing closer relations between Moscow and Caracas come after Maduro made an official visit to meet with Putin in December, where the two inked broad deals for increased trade and investment in various industries and finance.

The actual portuguese government is a stupid yankee vassal and, by the way, is spitting on it’s own Portuguese Constitution, ‘recognizing’ the snake oil’s clown Guaidó at request of the yankees.

Well of course, the whole EU is a US vassal, and certainly not a safe place to keep money or other assets.

PVDSA is only potential loot for the Khazar Mafia, who always seems to shadow neocon ‘freedomizing’ projects. It’s a sideshow – like gold.

There’s a reason IMF Agent Guaido was appointed as the internationally-recognized labor camp commander, and that has absolutely nothing to do with the interests of its detainee-citizens. 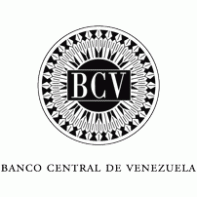 Why Venezuela has so many assets in the US/EU is beyond me.
I have watched the 2 regimes steal the assets of other nations time and time again.

Rather stupid and naive from Venezuela, they should have pulled out their assets from the West a long time ago. The seizure of assets was bound to happen.

Good move, getting their assets out of anywhere, where the Rothschild clan can pillage them.