On February 13th, Venezuela’s opposition-controlled congress named a new temporary board of directors to the state-owned oil company PDVSA.

“We have taken a step forward in the reconstruction of PDVSA. We announce the appointment of the new CITGO board of directors. With this decision we are not only protecting our assets, we also avoid continuing destruction and losing the company.”

The new board of directors is the following: Luisa Palacios, Ángel Olmeta, Édgar Rincón, Luis Urdaneta, Andrés Padilla and Rick Esser. All of whom are CITGO officials and financial experts.

Maduro condemned the actions of the the congress leader, Juan Guaido, saying in an interview that he would face the courts “sooner or later” for violating the constitution and naming himself Interim President.

On the previous day, Xinhua cited Venezuelan Foreign Minister Jorge Arreaza said that the Maduro government is ready to sit down with the opposition for talks, without preconditions.

“How can there be preconditions between Venezuelans? The government has been saying: you are Venezuelan, I am Venezuelan. Let’s sit down together. We have our Constitution. Let us sit down and engage in dialogue. Let us try to find a solution without any kind of strings attached, or any kind of preconditions,” Arreaza told reporters at the UN Headquarters in New York.

“This kind of arrogance (by insisting on preconditions) would just hinder dialogue. That’s why we say we are waiting for the opposition to get through its pursuit of independence from the U.S. government … and then we can sit down with the opposition and agree and negotiate in line with the Constitution, and find a Venezuelan solution.”

On February 13th, US Special Envoy for Venezuela Elliott Abrams testified during a House Foreign Affairs subcommittee hearing about the crisis in the South American country.

During it he came under scrutiny by Rep. Ilhan Omar.

Abrams is a former Reagan administration official. Omar accused the Trump official of glorifying the “massacre” and “rape” during the El Salvador civil war in the 1980s.

“In 1991, you pleaded guilty to two counts of withholding information from Congress regarding your involvement in the Iran-Contra affair, for which you were later pardoned by President George H.W. Bush,” Omar said. “I fail to understand why members of this committee or the American people should find any testimony that you give today to be truthful.”

“Yes or no, would you support an armed faction within Venezuela that engages in war crimes, crimes against humanity, or genocide if you believed they were serving U.S. interests, as you did in El Salvador, Nicaragua, and Guatemala?” she asked.

Abrams refused to answer the question.

“REP. ILHAN OMAR (D-MN): On February 8, 1982, you testified before the Senate Foreign Relations Committee about U.S. policy in El Salvador. In that hearing you dismissed as communist propaganda reports about the massacre in El Mozote in which more than 800 civilians, including children as young as two years old, were brutally murdered by U.S.-trained troops. During that massacre, some of those [American] troops bragged about raping a 12-year-old girls before they killed them … You later said that the U.S. policy in El Salvador was a fabulous achievement. Yes or no do you still think so?

ABRAMS: From the day that President Duarte was elected in a free election to this day, El Salvador has been a democracy. That’s a fabulous achievement.

OMAR: Yes or no, do you think that massacre was a fabulous achievement that happened under our watch?

ABRAMS: That is a ridiculous question.

OMAR: I will take that as a yes.

ABRAMS: I am not going to respond to that kind of personal attack, which is not a question.”

She also asked if Abrams would approve if the US supported armed groups in Venezuela and if a “genocide” would take place under his watch.

“Whether under your watch a genocide will take place and you will look the other way because American interests were being upheld is a fair question because the American people want to know that anytime we engage in a country that we think about what our actions could be and how we believe our values are being furthered,” Omar said.

After again downplaying her question, Abrams said “the entire thrust of American policy in Venezuela is to support the Venezuelan people’s effort to restore democracy to their country.”

The hearing was also interrupted by CODEPINK protesters who demonstrated against “convicted war criminal Elliott Abrams.”

Meanwhile, as if on queue US National Security Adviser John Bolton congratulated El Salvador President Nayib Bukele on his presidential election victory. According to him they also spoke of ways to restore democracy in Venezuela and countering Chinese influence in the hemisphere.

Today, I spoke with @nayibbukele to congratulate him on his historic victory and express U.S. support. We discussed ways to strengthen the U.S.-El Salvador friendship and to collaborate to restore democracy in Venezuela and counter Chinese predatory practices in the hemisphere.

He also shared a video of the Venezuelan army allegedly on the permanently blocked Tienditas Bridge, bordering with Colombia. Accusing Maduro of standing for tyranny instead of allow aid to reach his people.

Maduro would rather stand for tyranny than allow the military to protect and accept aid for the Venezuelan people. https://t.co/GOROpWqv98

Finally, Netherlands’ Foreign Minister Stef Blok announced that Venezuela would also receive Dutch humanitarian aid. The country would cooperate with Curacao to facilitate the provision. As expected, Bolton was all the happier to share the development.

Welcome the decision of the Kingdom of the Netherlands to facilitate a humanitarian aid hub in Curacao to benefit the people of Venezuela & ??’s pledge to provide an additional €1 million to help Venezuelans fleeing the desperate conditions caused by Maduro’s tyranny. https://t.co/z5kEu2g7a3

US President Donald Trump met with Colombian President Iván Duque. The South American leader said that “all options” for Venezuela are on the table, in clear support of the Trump administration’s position.

RT @ActualidadRT: Donald Trump, during his meeting with his Colombian counterpart. Iván Duque, said he was considering “all options” to resolve the situation in Venezuela, including a military intervention. https://t.co/aNCyzffDkZ pic.twitter.com/JimiB7ajGN

And of course the new board will sell PDVSA to Chevron.
America is nothing more than a thief.

…and the considerable ‘consultancy fees’ and ‘market advice fees’ will be paid to a network of companies based in the Cayman Islands whose beneficial owners are anonymous.

Abrams had probably already seen these pictures of the El Salvador massacre when he got in front of congress and on public television and lied like Jews habitually do. 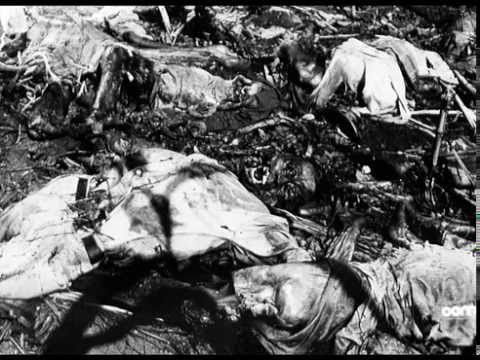 This is the CIA butcher who Trump appointed to do the same thing to Venezuela.
http://www.interference.cc/wp-content/uploads/Soldiers-With-Their-Mutilated-Victims-Chalatenango-%E2%80%94-Harry-Mattison.jpeg

This is Trump’s idea of the type of depraved Jew degenerate who should represent America: 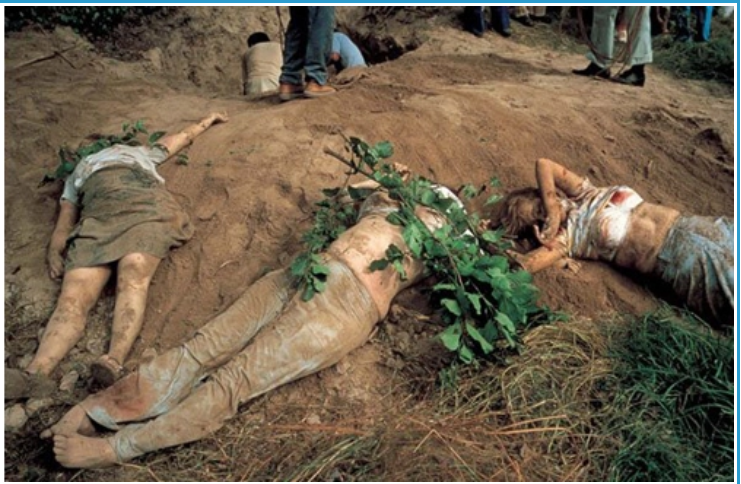 “Susan Meiselas photographed the corpses of villagers in El Mozote after they were shot and burned by the Salvadoran army. It took ten years before a congressional inquiry and an exhumation forced authorities to admit the massacre had happened.”

“During his time in the post, Abrams clashed regularly with church groups and human rights organizations, including Human Rights Watch.[10] According to an article in The Washington Post, in a 1984 appearance on the program Nightline, Abrams clashed with Aryeh Neier,[11] the Executive Director of Human Rights Watch[12] and with the leader of Amnesty International, over the Reagan administration’s foreign policies. They accused him of covering up atrocities committed by the military forces of U.S.-backed governments, including those in El Salvador, Honduras, and Guatemala, and the rebel Contras in Nicaragua. Abrams accused critics of the Reagan administration’s foreign policy towards Latin America of being “Un-American” and “unpatriotic.” …

In early 1982, when reports of the El Mozote massacre of hundreds of civilians by the military in El Salvador began appearing in U.S. media, Abrams told a Senate committee that the reports of hundreds of deaths at El Mozote “were not credible,” and that “it appears to be an incident that is at least being significantly misused, at the very best, by the guerrillas.”[15] The massacre had come at a time when the Reagan administration was attempting to bolster the human rights image of the Salvadoran military. Abrams implied that reports of a massacre were simply FMLN propaganda and denounced U.S. investigative reports of the massacre as misleading. In March 1993, the Salvadoran Truth Commission reported that over 500 civilians were “deliberately and systematically” executed in El Mozote in December 1981 by forces affiliated with the Salvadoran government.”

Why is Gweedo, the collaborator with a foreign government to overthrow his government, still free and not in prison?