The report comes a few days after US President Donald Trump tweeted that he “officially recognised” Venezuela’s opposition leader Juan Guaido as the country’s Interim President.

Venezuelan opposition leader Juan Guaido declared himself the country’s Interim President after he received a call on Tuesday from US Vice President Mike Pence, who pledged Washington’s support for Guaido, The Wall Street Journal (WSJ) reports.

The WSJ cited an unnamed senior US administration official as saying that Pence promised that the White House would back Guaido if “he seized the reins of government” from President Nicolas Maduroby invoking a clause in Venezuela’s constitution.

The source claimed that Pence’s late-night call was part of Washington’s secret plan it had developed over several weeks to try to oust Maduro and recognise Guaido as Venezuela’s Interim President.

The source referred to previous talks between “US officials, allies, lawmakers and key representatives of the Venezuelan opposition, including with Guaido himself”.

Trump had long perceived Venezuela as one of his top three foreign policy priorities, including Iran and North Korea, the source claimed, adding that the White House’s plan to topple Maduro was partly driven by key members of the Trump administration in the National Security Council and anti-Maduro advocates in Congress.

“In late December/early January, they [administration officials] started talking to the [Venezuelan] opposition. The opposition at this point believed, and told US officials, that they needed the international community’s backing to affect the political dynamic inside Venezuela”, the source said.

On 2 January, US Secretary of State Mike Pompeo and Colombian President Ivan Duque allegedly spoke about how they could “collaborate with regional and international partners to help those who are fleeing Venezuela and return Venezuela to its democratic heritage”.

On January 10, Pompeo held talks with Guaido and pledged US support “to work on a path to a democratic future for his country”. Shortly after, the US State Department said in a statement related to Venezuela that “it is time to begin the orderly transition to a new government”, according to the source.

Venezuela’s political crisis escalated this week after an abortive uprising in the capital by members of the national guard. Following the incident, Venezuela’s Supreme Court dismissed opposition leader Juan Guaido from his post as National Assembly chairman.On Wednesday, Guaido declared himself the country’s Interim President, with the US, Canada, and allies in Latin America recognising the politician as such. Caracas responded by announcing that it would be breaking off relations with the United States.

Russian Foreign Minister Sergei Lavrov, for his part, described the US policy toward Venezuela as “destructive”, adding that Moscow considers Washington’s open calls for insurrection in the Latin American country “unacceptable”.

This is all very upsetting.
I was just about to Self Identify as the US entitled Venezuelan president myself.

I thought that the title , President FlorianGeyer, had an air of authority :)

That is sadly not to be now.

Not too late to call Partners in Crime (Donny and TupPence).

Damn…and I was going to get the franchise for the MVGA hats. Double damn!

On a related note, Maduro-backed U.S. Speaker of the House Nancy Pelosi has declared herself President of the United States. The UN Security Council is now insisting that the U.S. hold fair and free elections within eight days or face sanctions.

Trump has requested a team of Sudanese Janjaweed Jihadis be flown in to protect him from ‘rouge elements in the military establishment’, but they don’t have phones so it’s unclear how the message is being relayed. For their part, the Pentagon denies any involvement, but have promised to open a comprehensive investigation in the event of a military coup.

Canada and Mexico are both discussing building walls on their U.S. borders, but plan to consider the cases of U.S. refugees seeking political asylum. Refugee camps are being constructed in suitable locations “for the U.S. refugee’s own safety”.

Current Vice President Mike Pence was last seen fleeing the White House with the nuclear football, mumbling “It’s time… time for all of us to see Jesus. It’s better this way. Trust the plan…”

Will the British military be sending Special Forces to train the Pelosi and Maxine Waters factions about First Aid and LGBT awareness ?

Or is the UK Military far too busy preparing fot Martial Law in the UK , in case the ‘deplorables’ object to Brexit being fudged by the ‘fudge packers’ of all parties currently in power?

The UK could I suppose, send some White Helmets. There are a few of them looking for a new assignment. :)

Sounds complicated. Solution: Corbyn should just declare himself Prime Minister and King of the Jews. Who would dare disobey him?.

Corbyn is not a big fan of Zionist ‘Jews ‘though.
He has a big problem with about 50% of his MP’s , who are ‘Blairites’ and parliamentary Friends of Israel.

guess the usurping misfit is in hiding most of the time or he’ll find himself in the dungeons without a paddle (the most moronic and destitute neofascist states of america that is) and as usual, the attempts by the paddle will be a failure.

I wonder if it occurs to Trumpets that he is doing EXACTLY what the so-called (fake) opposition says he and Russia did…interfering in another states domestic policy and elections. Yeah, Trump is really gonna MAGA in doing so and he strangely has the backing of the entire US swamp. Even the Europeans are jumping on board. But Trump isn’t one of them.

Just when you think that, the level of good old fasion, 100& pure and big honking hyprocarsy was into the stratospheric hights, and yet the latest stunt managed to bafle me.
Yeah, I dont even know if to laugh or cry.
Anymore, the insanity is beyond belife and on top of it, with not the slightest tread of credibility, is staging an, and is aproving to, with an UN witch we all know is so rotten its not even wurth to consider anyway because we all know they will eventually, thru this little Rat, they are pimping, create more internal problems, and when you then have the full backing of the fake MSM news circle jerks going of in the so called western world, unisone and all encompasing, the propaganda is staggering, and even in Norway, when you read the Facebook coments, do notise something peculiare, it looks like most of the coments are written by one person, eloquent to an point where I know since its facebook we are dealing with, comes driectly from the Media them self, to give an impression of colution to whatever the MSM writes to any given time, aka the never ending strea, of manure regarding AGW.

I noticed one thing, despite trying to be positive, forward looking, Trump is an con man, sorry, nothing else than an ilution, when they have put their attack dogs on the Venezuelan people and Gov, incl Adams(Syria, like the French Levy, behind Libya and they all use the same scrap book) to Wasserman Shults witch I though was dead and gone but by an miracle still alive and kicking so I guess all is possible, but not an all out was, forget that, it will be as before, from now on create more violence, use the traiotres and the truncoats with the cash, to the maximum, to eventually create sooner or later an pretext for R2P the, of course, Venexuelan people from their dictatorial Gov, right, wankees and in Norway they are drooling in antisipation for even more cash, aka weapon systems.
Yup.
What could possibly go wrong.
Yeah, the thing is, why isnt that rat flogged alive and impaled infront of the wankeestan Ambasy, and then cut everything that flows into the compound completelly, water and everything, throw them out.
The gift, is, UssA is sinking, wacked from within, I will recomend the Venezuelans to think ,ong term, and forget the wankees, the rest of the droolierls are just boot likers anyway, like the other little rat in France, whom is, of course, as the rest of the pack of asslikers in sync with the Imperial Banana republic UssA.

“Good news for George Herbert Walker Bush: As of today, he is no longer the biggest wimp ever to serve as President of the United States,” she tweeted
ANN COULTER for PRESIDENT of all the USA!!! 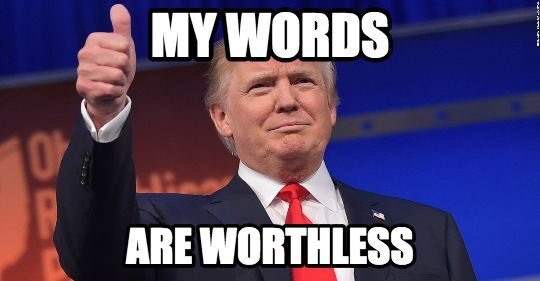