Venezuelan people and officials will take part in the exercise next Friday and Saturday. 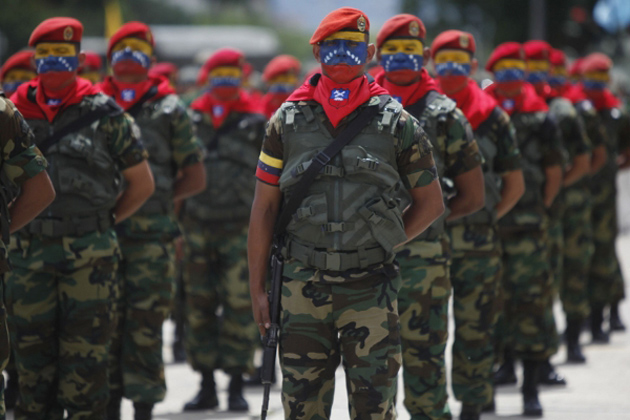 Published in telesurtv.net, translated by Lisbeth Mechter exclusively for SouthFront.

Venezuelan Minister of Defense, Vladimir Padrino López, emphasized that with the Integral Action Exercise “Independence II 2016” , civic and military union in the South American nation will be strengthened.

The FANB (Bolivarian National Armed Forces) will carry out today and tomorrow the Integral Action Exercise “Independence II 2016” with the participation of 250 000 fighters.

The Minister of Defense, Vladimir Padrino López, stated that the FANB has been pushed to increase and intensify their training after the threats that currently affect the nation.

López mentioned specifically the renewal of the Executive Order of the Government of the United States in which Venezuela is declared “an unusual and extraordinary threat”.

“It has pushed us into an alert state (the whole Army) that requires a progressive operational increase”, he said.

The official informed to the Venezuelan people that this exercise doesn’t aim to cause any alarm, but all these threats aim to disrupt the Bolivarian Revolution and break the strategic alliances to re-impose the neoliberal model in Venezuela and the region.

“It has an integral character because it won’t only show the constitutionally praised military defense, but also it incorporates a new element: the organized population for the defense”, López claimed.

Also, the minister claimed that the concept of civic-military union concept will be strengthened and shown with this activity.

He also informed that two nights ago they had the need to neutralize an airliner, possibly used for drug smuggling that entered the Venezuelan territory coming from Central America without identifying itself.

López recalled that the Chief of State had already denounced unusual explorations of US planes orbiting in the flight information region.

Last Tuesday, the president of Venezuela, Nicolás Maduro warned about the execution of a new “Plan Cóndor” that aims to threat the progressist governments of Latin America and the Caribbean.

According to him, the role of the international right-wing is to attack all the social achievements of the region. “The campaign against Venezuela aims to generate chaos and violence to allow an intervention of the United States government”, Maduro emphasized.

On Wednesday, the leaders of the Venezuelan right-wing called their supporters to protest in the streets, for the second consecutive week, to demand from the authorities the acceleration of the signature validation process to carry out the revocation referendum as soon as possible.

During the demonstration, opposition groups took part in violent acts against the police and provoked damages in the public patrimony.

On March, the president of the US, Barack Obama, extended for one more year the “national emergency” declaration over Venezuela.

Tags:Defense, military, the us, Venezuela