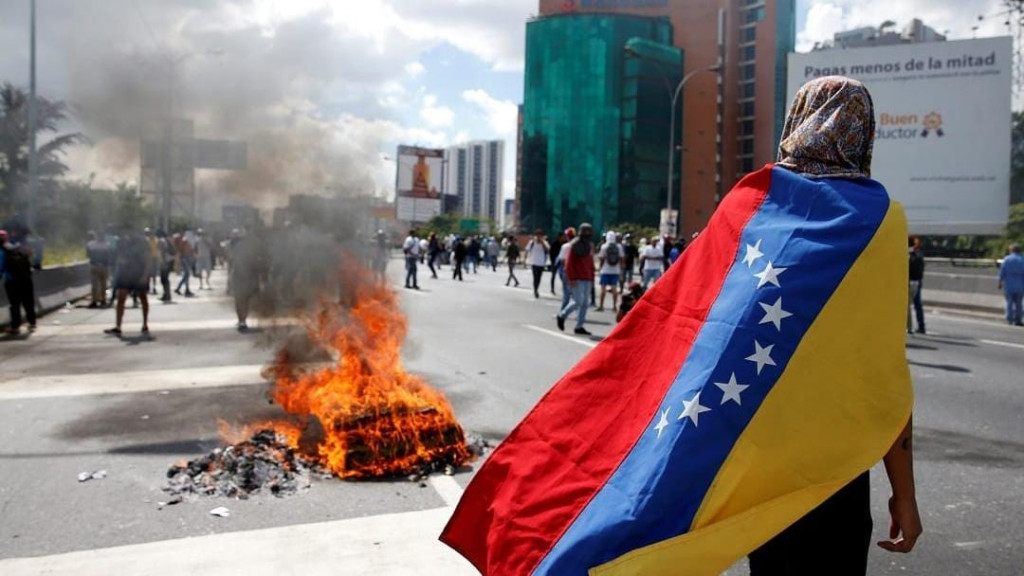 The prospect of a national constituent assembly offers a valuable opportunity to evaluate and protect the progress made in terms of reclaiming the country’s sovereignty and consolidate the constitutional provisions related to this objective. One aspect of particular importance is the economy: as has become increasingly clear since the election of December 2015 (in which the opposition obtained a substantial majority in the National Assembly), in the absence of constitutional protection the achievements gained in terms of the recuperation and consolidation of strategic sectors of the economy and the development of social projects and programs are extremely vulnerable to the adoption of neoliberal policies by the government of the day. The analyses by James Petras (2016) and Michel Chossudovsky (2016) provide a clear perspective of what awaits Venezuela if the social and political forces loyal to the country and the people lose control over the legislative and executive branches to the forces loyal to the masters of Washington DC and Wall Street (see also “México: La muerte de Pemex” – Mexico: The death of Pemex – by Ruptura Colectiva).

Australia: An economic war lost, but nobody noticed

Another example is Australia, where the privatization of the State and the commercialization of essential services have occurred in incremental but systematic stages, resulting in the usurpation of many of the most important sectors of the economy, infrastructure and essential services. The recent economic history shows how successive governments at the national level, acting as a kind of ‘National Front’ (an alliance between the two main political parties in Colombia between 1958 and 1974), have delivered strategic State owned enterprises, economic sectors and infrastructure to a group of three financial conglomerates domiciled in London and New York (similar processes have taken place in all six states of the federal system).

Throughout the twentieth century the State assumed responsibility for the planning, construction, operation and maintenance of almost all major infrastructure and the provision of essential services – transport, roads, ports, airports, the production and distribution of electricity, the treatment and supply of water, telecommunications, health services and installations, education, etc. It also took an innovative and strategic role in economic, industrial and agricultural development. At all levels of government a multitude of authorities and State owned enterprises were created to participate actively in a wide range of industries and markets. With the passage of time a solid and generally very efficient and effective economic, technological and industrial base was established, with a reasonable balance struck between the participation and control of the State and the role of a substantial and vibrant private sector in the economy.

Economic development was supported by a diverse and advanced scientific and technological research and development capacity at the national level, principal by way of the CSIRO (among other installations and programs), complemented by public universities and a wide range of government entities and institutes at the state level. Between 1972 and 1975 the national government (under the leadership of prime minister Gough Whitlam) attempted to strengthen the role of the State in strategic sectors, particularly the exploitation of natural resources and the strengthening of mechanisms for regional planning and economic and social development, however the government was overthrown by a coup d’Etat (a joint project organized primarily by powerful groups in the United Kingdom and the US). Since the 1980s successive governments have privatized and commercialized much of the nation’s infrastructure and the provision of essential services, as well as privatizing or dismantling most State owned enterprises and commercial activities. At the national level this started with the privatization of the national airline (Qantas) and the national bank (the Commonwealth Bank). Another important sale was the national telecommunications company, Telstra, once again a well-managed enterprise that generally fulfilled its strategic, economic and social functions and purposes successfully.

Now all of these enterprises are effectively under the control of three foreign ‘investors’ (HSBC, JP Morgan and Citibank) which have bought up a substantial portion of the companies listed on the main stock exchange as well as the four largest banks in the country (‘the Big Four’ – the Commonwealth Bank, Westpac, ANZ and National Australia Bank). As the internet site of the Australian Stock Exchange (ASX) notes: “The Financials sector holds four of the five largest companies and accounts for 46% of the market (as of March 2017) [Commonwealth Bank 16%, Westpac 12%, ANZ 10%, National Australia Bank 9.5%] …” The three giants, HSBC, JP Morgan and Citicorp, have between them a controlling interest of three of these banks and a substantial stake in the other (at least approximately 40% of the shares in the Commonwealth Bank, 8% of Westpac, 49% of ANZ and 40% of National Australia Bank).

Moreover, they own at least 45% of Telstra, 74% of Qantas, and 52% of the shares of the Australian Stock Exchange itself. Best of all (for the owners of these ‘institutional investors’, whoever they are – the ownership structures of the three international ‘investors’ are extremely complex and interlocked among a select group of financial giants of all types, many of which are not required to publish detailed information about their structures of ownership and control), they have generally acquired this control with other peoples’ money.

The Economy and the Constitution

To impede the privatization and commercialization of State owned enterprises, infrastructure and social services, it is necessary to protect them in the Constitution in the strongest possible terms. This requires a coordinated effort to find the best way to incorporate them in the Constitution and develop guarantees that emphasize the importance of economic sovereignty and strengthen the State’s control over the elaboration of strategic infrastructure, the provision of essential services, and the management of strategic resources and economic sectors, prohibiting the privatization of these sectors and activities in the absence of a national referendum that specifically approves such actions.

There are many economic aspects that could be included in the Constitution, although due to space limitations it is not the purpose of this article to explore the matter further. Nonetheless, some preliminary comments can be made (of course, only an open and rigorous process would be capable of elaborating the measures most appropriate to the particularities of the economy in Venezuela and its component regions). In general terms, such a process would clarify and deepen the priorities and strategies to be pursued in the short, medium and long term in order to focus and stimulate social and economic development. This could include laws and measures directed at specific sectors and projects and the respective roles of the national, state and municipal governments as well as communal and collective organizations. Another essential element is provisions pertaining to the management and accountability of such organizations (for example, guaranteeing the participation of the workers in their management), and clear rules and standards to impede corruption and nepotism as much as possible.

Another crucial element is that, as Stansfield Smith (2016) notes, State owned enterprises and the proliferation of communal and collective organizations still only account for a very small proportion of the economy. Given this fact, it doesn’t matter how perfectly these State and communal enterprises and collectives may operate if they only constitute (say) 2 or 3% of the economy. Sooner or later, it will be necessary to confront the stifling monopolies and oligopolies that dominate most of the lucrative and strategic sectors of the economy in a direct and strategic manner in order to establish and maintain the country’s economic and industrial sovereignty and capacity (food and beverage industries, beer, telecommunications, etc.).

A related aspect would be a campaign to raise the awareness of the people with respect to the harmful consequences of many of the corporate empires domiciled in the US and Europe (Coca Cola, Nestlé, McDonalds, cigarettes – Imperial Tobacco, Paul Morris, etc.), with a systematic effort to replace them with healthy products produced as much as possible within local and regional economies and impede the continuation of their plundering of the economy and the environment and oppression of trade unions and local enterprises (see for example Sinaltrainal, 2015). Over time, these strategies could provide the basis for the systematic and balanced development and industrialization of the country; ideally, this would take place as part of the liberation and complementary integration of the economies of Latin America.

Thing is though, no economy is an island. No country can or has achieved self sufficiency and full employment by closing itself off from the outside world. All sectors of agriculture, industry, trade and services benefit from being able to interact with other countries.

Another thing is that you can enact all the social programs that you want, you still have to pay for them. If you mismanage the economy, as Chavez and Maduro did, the party will come to a crashing end. They managed to extend the party thanks to the sale of oil, but when that party also crashed the shit really started to hit the fan. To now blame ‘international forces’ and ‘global capitalism’ for Venezuela’s woes is just playing the victim card so the Chavists don’t have to admit that they played the biggest part in Venezuela’s economic and now political meltdown.

A delicate balance has to be struck with just the right amount of social programs and worker protection rights vs. just enough economic liberalism so the economy will do well. Western Europe and Scandinavia in particular used to have that balance. Until the tide of neo-liberalism from the 80’s onwards wrecked that too and not even Scandinavia is immune anymore.

Exactly! They have tried to implement this venezuelan style of government here in Brazil too almost destroying our economy, the ironic part is the traditional mafia saw it coming and managed to impeach the leftist criminal gang before they could ruin the country. These leftists don’t care about the state of the country they’re ruling, they only have a project of power, as long as they remain on power they don’t care if the country is ruined.

Indeed, they must regain the control and direction of their own destinies. Does not mean “becoming an island” as some people may suggest, rather implies controlling and overseeing the flux of money and goods in order to ensure a balance and the proper trade deals (i.e. no more resource-harvesting by foreign parties or enterprises). Only brain-less people may not realize the need for the State to control and provide the essential services and/or otherwise monopolic or oligopolic industries. The means to do it already known, but not my job to teach economy. :)

Maduro is a fool. He runs a corrupt Mafia state, heavily involved in narco traffic. He arms gangs and criminals to suppress dissent. The elections are a joke. Maduro is not really the President of Venezuela, he is just the largest thug around.

I am not suggesting complete nationalisation of everything, rather that the recovery of the economy could go much further and some steps are essential if the economiic warfare is to be confronted (I included beer because the entire market is controlled by two companies – or one company with two brands, I’m not sure, and Venezuelans drink a lot of beer).

Similarly, many of the basic food products are controlled by a very small number of companies (the same as beer – ‘Polar’), and we are not talking about ‘rocket science’ here. They would be perfect for production in local and regional communal organizations (with support from a national technological institute). Contrived food shortages of these products have been key to the success of the economic warfare.

But very difficult to elaborate in a short article. The comments are appreciated.

If you understand spanish you can read sections [3.12] to [3.25] and the all Section 5 , of the pdf at http://www.intercambioasinc… . There you see a proposal to destroy capitalism while keeping a market economy.