The south American nation is experiencing a transitional process after the victory of the opposition in the last parliamentarian elections carried out on late December. 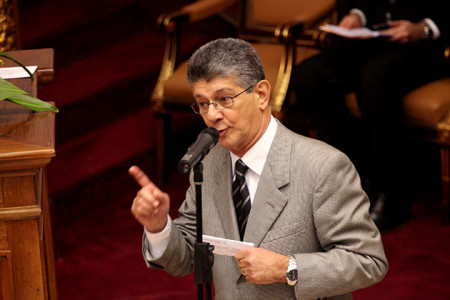 Last parliamentarian elections carried out on December 6th , 2015 in Venezuela disclosed a change in the political scenario of the south American nation.

After 17 years of a clear majority of PSUV (Partido Socialista Unido de Venezuela) in the National Assembly, things seem to be changing with the raising of extreme right-wing led by the coalition of MUD (Mesa de la Unidad Democrática).

With 112 members of the National Assembly elected, MUD became the new leading political force in Venezuela. Since the beginning of this new legislative period earlier this very month, officials of the government have warned of the danger that this situation represents, mainly because the future of the process started by Hugo Chávez (former President of Venezuela) in 1998 would be at risk with the irascible opposition of the new lawmakers.

A deep economic crisis has been prejudicing the country in the last years, mainly because of the speculation perpetrated by big enterprises that oppose to the socialist government, however, it must be said that this same opposition claims that the government of Nicolás Maduro is responsible of the crisis due to a series of measures that have seriously affected the provision of basic articles in local markets.

In response to this event, Maduro made official the Decree of Economic Emergency to cope with the situation that has worsen significantly also because of the slump of the price of oil barrel in international market (Venezuela altogether with Ecuador are the only south American members of OPEC).

In regards to this subject, Luis Salas Minister of Economy and Vice president of the Economic Area in Venezuela, has informed of his concerns about the new legislative opposition in the country that may reject the decree to deepen the economic war started by big enterprises and political factions whose interest is to justify a possible change of government and further foreign intervention in the nation.

Part of the Decree of Economic Emergency is the DE monopolization of the economy and the democratization of production by means of the faithful participation of both private and public sectors in the enhancement of communitarian economy.

Nevertheless, this measures might affect the interests of big economic groups who are known for financing Venezuelan opposition altogether with international entities like several American media whose anti-socialist propaganda (against the political process in the south American nation) is truly fierce.

Lawmakers of PSUV are still waiting for the proposal of the opposition.