From sneering dismissiveness of the coronavirus as nothing more than a common cold to a grand promise to find a vaccine, President Donald Trump is all promises. “We remain on track to deliver a vaccine before the end of the year and maybe even before November 1st,” he told a White House news conference on September 4.  “We think we can probably have it sometime during the month of October.”

Operation Warp Speed, he tried convincing the press corps, was doing what it was required to do.  He had spoken to the head of Pfizer – “great guy”.  He was expecting “the results of its trial very, very shortly – next month – but very shortly.”  To Pfizer’s efforts could be added those of Johnson & Johnson (“also doing very well”) and Moderna.  “We have some really great companies.  They’re all doing very well.”

Even within go-it-alone USA, mistrust reigns on when a working vaccine will be ready.  An election is in the offing, and any proximity to the date of November in terms of miraculous discoveries will be seen as smelly.  Democratic Vice Presidential hopeful Kamala Harris, beating the electoral drum, sees some votes in telling citizenry of the republic that Trump cannot be trusted about anything to do with the vaccine.  He will put the toes of public officials against the fire; he will marginalise and sack critics.  “If past is prologue,” she told CNN’s State of the Union, “they will not, they’ll be muzzled, they’ll be sidelined.”

There is also much to suggest that no country, or corporation, should be entirely trusted in this endeavour.  The process of finding a vaccine is so intermingled with promises of a speedy discoveries and rapid manufacture, it has left even the most ardent vaccinators worried. The scientists have been told to work miracles in the laboratory; pharmaceutical giants are being told to be generous, yet continue to sign agreements with governments that will enable them to charge handsomely when the time comes.  As Adam Kamradt-Scott, a student of global health security relevantly notes, such “commercial-in-confidence agreements are usually signed in secret, often with different prices being charged to different governments depending on whether they are the first customer or 30th and their ability to pay.”

The number of candidate vaccines is growing: some 160 at the moment, 31 or so having entered human clinical trials.  Negotiating barriers are being treated as minor obstacles to be danced around with lithe finesse.  The urgency is such that even Russian President Vladimir Putin has spoken of one of his daughters taking “part in the experiment” of the Sputnik V vaccine.

The World Health Organization has been attempting to quash any ideas of needless haste, stressing the values of thoroughness and safety.  Chief scientist Soumya Swaminathan is trying to be resolute in that regard.  “No vaccine is going to be mass-deployed until regulators are confident, governments are confident, and the WHO is confident it has met the minimum standards of safety.”  All vaccine candidates would, she claims, have to “go through the Phase III trials.”

The Director-General of the World Health Organization, Tedros Adhanom Ghebreyesus, is also preaching against the temptations of vaccine nationalism.  “Vaccine nationalism will prolong the pandemic.”  He has urged countries to join the COVAX global vaccine allocation plan, and announced on Friday that 78 high-income states had put their names to a collective now numbering 170.  Run by the WHO and the Gavi vaccine alliance, the object is the equitable distribution of vaccination shots, when the time comes.

There is much trumpeting about the merits of COVAX, much of it from the collective itself.  The Gavi vaccine alliance CEO, Seth Berkley, is calling the collaboration unique, the 170 countries comprising 70 percent of the globe’s population.  It “has the world’s largest and most diverse portfolio of COVID-19 vaccines, and as such represents the world’s best hope of bringing the acute phase of this pandemic to a swift end.”  Joining the group will mean that “both self-financing countries and funded countries will gain access to this portfolio of vaccines, as and when they prove to be both safe and effective.”

There are a few efforts seeking to limit the sharper effects of vaccine nationalism, though they are by no means assured of success.  The Open COVID Pledge, comprising a number “of scientists, lawyers, entrepreneurs and individuals working to promote the removal of obstacles involving intellectual property in the fight against COVID-19” is one such enterprise.  Creative Commons has been given the task of steering the pledge through such difficult waters.  “We believe this initiative,” claims the OCP, “will have a profound impact beyond the COVID-19 pandemic.”  Good to be optimistic in such matters.

The COVAX effort has not done away with the problems of vaccine bilateralism, which remain pressing.  Paul Hudson, CEO of Sanofi, sees the US “right to the largest pre-order” of the first vaccine as manifest destiny.  Adar Poonawalla, chief executive of the Serum Institute of India, which by volume is the largest maker of vaccines, is also clear that “the vaccine, at least initially, would have to go to our countrymen before it goes abroad.”  Countries who have the cash and the means are looking out for their own.

The outcome, as things, stand, promises to be traditional in geopolitics and health.  Old divisions and inequalities will be reasserted with marked savagery.  The rich and affluent will get first dibs and first jabs; the impoverished will have to wait their turn. And the virus will continue to do its work. 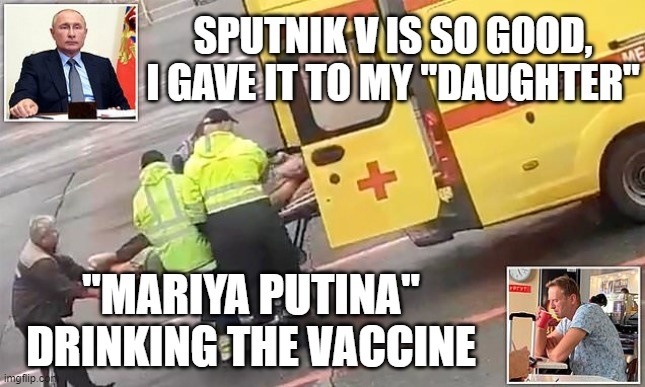 Much like a version of the last Russianproduced cars.

The last parts of ot production had no wheels in its construction and was sold as using only fuel in the wintertime.

For now I see untested virus as Sputnij and what happend to Laika. Actually Laika became hot:(

This time I will link to Zero H. witch by an miracle have become in this case, genuie intresting and have aritcles that is credible.
https://www.zerohedge.com/geopolitical/covid-19-scamdemic-part-2-enabling-technocratic-parasite-class-great-reset
And in this article I do recomend you to read the Comments.
Then an video, The Pandemic 2.
https://www.brighteon.com/d6412bff-0421-4190-a7bf-3e5e1f52559d

I am not shure to what extent I trust the Russian Gov in this, eh…. pandemic, and to what extent they ar an part of the problem, not necessarly the solution.
Time will tell.

Number one is getting in money for the production, so the payers has to come first.

Maybee no one has noticed the the big medical producers do their best to make profit and often has no limits.

I dont trust WHO at all anymore and certainly not about Corona as well. They in doings are a chinese company.

And I again see people outside USA and especially the enemies of USA, EU and Western trust Trump more then most of us do.

Well take him. We will pay for it. Maybee You can invent a game named Titanic number Me too with him.

In the US according to the CDC, 94% of “coronavirus deaths” are comorbidity deaths where the deceased had lethal diseases that people die of every day. And at most the virus, if the test was even accurate and they actually had the disease, may have caused them to die sooner. Only 6% of the deaths were stand alone deaths where the person didn’t have a comorbidity. Many or most of whom wouldn’t have died if they received proper treatment, that many are deliberately denied in the US to jack up the death rates.

The US and state governments are in your face telling the public that they’re running an unprecedented scam where they’re counting everyone who dies with the virus, if the tests are even accurate, when they’ve been proven to frequently be wrong, as a virus death. When it’s obvious that many or most of these people died of something else as the primary cause of death.