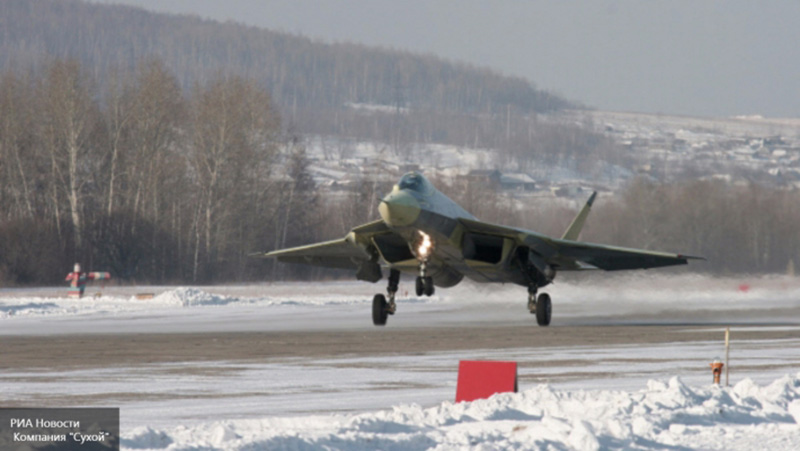 Everything in the world is returning to its proper place, just where it was 30 years ago. Two powerful coalitions are trying to defeat one another in a series of hybrid wars and conflicts. Their armed forces have so far not clashed directly, but their power, which is used in various parts of the world, often decides who will emerge the winner.

This series of articles is not an attempt to provide a detailed description of the situation in this or that aspect of military affairs. It is rather an effort to examine the trends evident within Russia’s and US armed forces, which are the two militarily most powerful countries in the world. Therefore these articles will be written from the “bird’s eye view”, concentrating on the most important events and giving the imagination a free reign. The cycle will contain articles on aviation, fleets, and ground forces. It will also deal with matters related to military industry, tactics, and strategy of 21st century wars.

During the era of superpower confrontation, US combat aviation was fully up to modern demands. Development of such conceptually advanced at the time aircraft as the F-15 and F-16 proved a very good investment for the future. But as military equipment grew more complex and reached limits of development as the potential of late 20th century technologies was exhausted, the most important criterion became cost-effectiveness.

Unfortunately, the USAF never carried out such a reassessment even though it noted its importance. This is what played an ugly trick on the USAF and caused a period of decline, to the point of threatening it with the loss of air superiority.

Already in the 1970s-80s aircraft operating costs were as important as its combat abilities. The arms race absorbed huge resources, and maintaining a fleet of a 1,000 combat aircraft proved a tough challenge even for the US. It’s no accident that after 1990 USAF’s and USN’s frontline aircraft strength began to rapidly decline.

USAF’s problem due to miscalculations in choosing its airpower development concept and designing new aircraft, its aircraft fleet is now showing a dangerous trend toward physical obsolescence combined with the inability to restore it in the short-term perspective.

Therefore the USAF tactical combat aircraft fleet has been rapidly declining in recent years. All of the F-117 aircraft (the most modern aircraft at that time, except for the F-22) were withdrawn from service by the end of 2008. The official explanation was shortage of financial resources, but in actuality the aircraft was sentenced to extinction already during the Kosovo campaign, where the “invisible aircraft” was shot down by an obsolete S-125 SAM.

Fighter fleet’s mainstays, the F-15 and F-16 aircraft, have been in service for over 20 years and have nearly exhausted their service lives (8,000 flight hours). Some of the F-15s were replaced in early 2000’s by the F-22 (15 squadrons of 12 aircraft each), and the remainder are still in service due to lack of funding.

By 2020, up to 400 of these aircraft (mainly F-16s) will be retired. They are to be replaced with the modern F-35s. Unfortunately for the US military, this part of their arsenal will give them a major headache. In order to understand why, let’s look at how USAF’s structure during the last several decades.

During the last 40 years, USAF has adhered to a concept of two “main” aircraft. A fighter interceptor to win air superiority, and a fighter bomber capable of air combat. In the 1970s,  this concept put into practice through the introduction of the F-15 (interceptor) and F-16 (bomber). Long-term rearmament plans posited their replacement in late 1990s and early 2000s by new-generation F-22 (interceptor) and F-35 (bomber). These plans initially entailed the procurement of 800 F-22s (only 187 were actually built) and around 2,000 F-35s (currently 1736 are planned for the USAF). All of the A-10 attack aircraft (20 squadrons) were also to be replaced with F-35s as well.

Problems started when the F-22 program cost sharply increased. Although there are suspicions the price hike has to do with servicing the aircraft rather than its production. Every F-22 flight hour costs about $50 thousand, as compared to $30 thousand for the F-15. If a plane flew a average 300-400 hours a year, the total operating cost ran into $6-8 million/year. A fleet of 800 such aircraft would require $40 billion a year in operating costs alone.

By comparison, the entire US DOD combat readiness budget was $240 billion in 2016.

Over the course of 20 years, operating costs would have ballooned to $800 billion. Whereas “only” $200 billion would have been spent on development and procurement (assuming, once again, a fleet of 800 aircraft). As we can see, the main problem with the aircraft is not the cost of its production or development. Its operating costs literally threatened to devour Pentagon’s budget, which led to a sharp reduction in number of fighters procured.

F-22 also experienced another problem. They are very demanding when it comes to base conditions. Deploying them to a large number of airbases would be very costly, which does not allow them to be distributed along the frontline. That makes F-22-suitable airbases a highly attractive target. Damaging such an airbase incapacitates the whole fighter unit for a long time.

Similar problems await the F-35. Preliminary calculations suggest that the new fighter bomber’s single flight hour costs $31 thousand (and that’s just an estimate–in reality it could prove higher). F-16’s, by comparison, cost $22 thousand per hour of flight. But that’s not all. The new aircraft was initially expected it would partly replace the F-15, due to the inability to sustain a sufficient number of F-22s. But technical design problems and the inability to meet performance goals (thrust-to-weight ratio and g-loading) transformed the plane into a pure bomber capable of launching air-to-air missiles at medium and long ranges. At short ranges the F-35 has no chance in air combat even against 4th generation fighters.

But even that’s not all. 2013 tests showed that the aircraft can’t be accepted into service even after reducing its capabilities. It suffered from a slew of problems, the most important of what has been reported being the difficulty with the extremely complex software which according to the US military will not be resolved before 2019. The aircraft exists but it’s not combat-capable and no word on when it will be. But time doesn’t stand still. The physical wear and tear on old aircraft and the need to preserve combat aircraft units demanded a decision: start building “raw” aircraft before their teething problems were addressed. It’s a risky move: one can end up without fighters and without money. The alternative would be to resume F-15 and F-16 production. That would preserve the USAF at its current strength, but at the cost of guaranteeing its technological falling behind.

Here’s what this decision will yield in the short term. By 2020, USAF will have 15 F-22 squadrons (180 aircraft),  up to 12-13 F-15 squadrons, and about 25 F-35 squadrons, though there’s no guarantee these fighters will be fully operational by then. It would mean that the F-35 could not be used in combat except in emergencies, and would have considerable use restrictions.

So, in total: 15 squadrons of modern fighters, 12-13 squadrons of obsolete and worn out fighters, and about 65 squadrons of fighter-bombers, two-thirds of which might be sidelined due to technical problems. And up to 20 attack squadrons.

Thus overall Russia’s tactical combat aircraft fleet will have a frontline strength of around 61-65 squadrons (730-800 combat aircraft). Around 100-150 modernized or new aircraft will be assigned to training and testing centers.

If one compares fighter strength, Russia will have numerical parity with the US and at least a parity in terms of quality as well.

If the F-35 is not fully ready, the US will still have considerable numerical advantage, though as Syria has demonstrated, Russia will have a qualitative advantage.

If the F-35 is quickly accepted into service, its high operating cost will force the reduction in procurement to 1300-15oo machines, which will yield 105-110 squadrons through 2040.

In the absence of a sharp increase in funding, USAF can only expect its numbers to shrink. There are two reasons for this outcome: wrong concepts and corruption. The US made a mistake in the 1990s when it decided it was the world’s sole hegemon. That mistake, combined with the degradation of engineer cadres and the industry means the US is no longer capable of maintaining its USAF at the required level. That’s why the US is forced to consider using combat drones as a cheap alternative. A good idea perhaps when used against savages armed with sticks, but wholly ineffective against a technologically advanced adversary, therefore the US is reconsidering its conception of 6th generation unmanned combat aircraft. We’ll return to that in another article.

Would be nice to compare cost of producing aircraft. The huge difference in budget in terms of dollars seems so to be negated by the also huge difference in acquisition costs also in dollar terms. The F35 light strike bomber is in the order of 120 million with projection that this price will be reduced when build in high numbers projected to around 80 million. Given current exchange rate the Russian air force would be able to buy in the order of three SU34 or more for that kind of money? Guess that the operating cost will exacerbate that difference too. Some more detailed discussion of the concepts chosen by the USAF now proving to hurt it would be appreciated too. Looks to me the focus on stealth was overdone. That design choice did compromise the F35 beyond recovery. Also trying to make a big leap forward technologically too early entails big risks. Given the increasing amount of software and processing power required for an aircraft, the progression of Moore’s law supplies a fighter developed say 5 years later a near insurmountable advantage in terms of cost and performance. Looks that Russia prefers a far more evolutionary approach controlling development risk and incorporating improvements when they are cost effective only. Look at B1B, B2, F22 all program cut short which fate seems inevitable for the F35 too though lacking an alternative it will still be build albeit at lower numbers. Its civilian analogue is the Concorde, which was a great achievement technologically but a dud in terms of economics and cost effectiveness as demonstrated that now even 50 years later no one in his right mind seriously even considers going down that road again.

Who cares? By 2020, Jewmerika, the axis of Evil, will be reduced to a giant glass radiating parking lot.