The United States is building its first airbase in Syria. It is supposed to be located in the northern Kurdish region. The Americans apparently do not want to continue to leave the military operations in the region to the NATO partner Turkey. 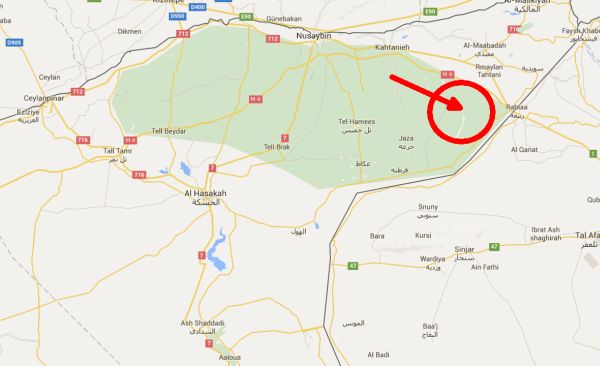 The Hasakah region is located in northeastern Syria. DWN

The US wants to build an airbase at an abandoned airport in the Syrian Kurdish region Hasakah. The site is to be massively expanded and modernized for this purpose. So far a runway has been built with a length of 2.5 kilometers, i24 News reported.

The US wants to use the new base to be quickly able to intervene militarily and to provide their allies with supplies. Russia on the other hand, has an airbase in the region of Latakia / Kkmeimim. US Secretary of Defense Ashton Carter announced last week wanting to establish an expedition group to carry out the special operations in Iraq and Syria.

With this military base he Americans seem to want to determine them self how the operations in Syria and Iraq are carried out. So far, US President Barack Obama has ruled out the use of ground troops. However, it is conceivable that the action will be coordinated with the Russians.

For all war parties involved it is clear that a ceasefire in the region without ground forces is hardly enforceable. Nevertheless, the US wants to prevent unilateralism from the ranks of NATO – probably also because the Russian presence in the region is too strong, since the start of the intervention of Russian President Vladimir Putin, to act without or even against them.

Therefore, US Vice President Joe Biden has called in an unusually blunt statement Turkey to withdraw from the region. Biden said in an interview with the Iraqi Prime Minister Haider al-Abadi, that the US would respect the sovereignty of Iraq.

This obviously does not apply to Syria. It cannot be assumed that the new air base is built with the approval of Syria’s President Bashar al-Assad.

Noteworthy: The renewed rebuke of Ankara took place one day after Turkey had reported that the IS had injured several Turkish soldiers in northern Iraq.

Place for Future US missile defence shield? Trump puts in more US military footprint under guise of Fight ISIS and safe zone? Possible the Kurds can have a statelet on referendum of Syria national political track.