This article clrearly shows the anti-Chinese agenda supported by the Western media. DW describes the US activity aimed to build anti-China alliances as a “contstructive role ” in the region. 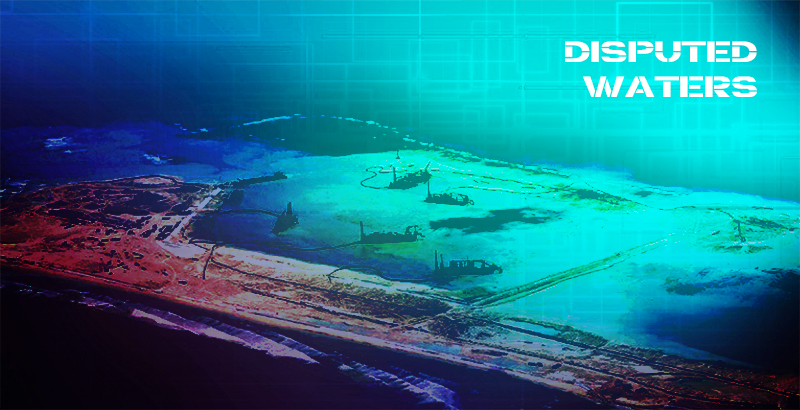 Although Chinas disputes with its neighbors in the South China Sea and its man-made islands are not official theme of the APEC summit, the United States shall ensure that it remains in the minds of all those involved.

He also announced the approval of 250 million US dollars “financial support for maritime security” to the Southeast Asian allies of the United States, as well as the delivery of two additional vessels from US stocks to Manila. One is a research vessel for measuring the Philippine territorial waters and an additional US Coast Guard ship. All this is “part of our comprehensive plan, to support our allies and partners in that region to strengthen the field of maritime security.”

Even before Obama’s arrival in the Philippines, his National Security Advisor Susan Rice had said, according to AFP, that the territorial dispute in the South China Sea would be “a key issue” in Obamas Southeast Asia trip. In addition, the USA had showed last week with over flights of long-range bombers over the Spratly area and in the last month with the passage through of a US destroyer, that they wouldn’t accept any restrictions of the international maritime and airspace in the South China Sea by Chinese territorial claims or the creation of artificial islands.

Before the summit, the Philippines had agreed with Chinas desire to exclude “controversial issues” during the summit in order to ensure a “smooth and successful visit” of President Xi Jinping. According to a statement of the Philippine Foreign Ministry, the Foreign Ministers of both countries had agreed that the APEC summit “as an Economic Forum is not the appropriate framework for the discussion of security issues.”

Nevertheless, even Beijing felt compelled to clarify its point of view on the territorial dispute shortly before the summit: “The Chinese government has the right and ability to obtain those reefs and islands under Chinese control, which are illegally occupied by neighboring countries, but we did not do that. We practiced great restraint in order to maintain peace and stability in the South China Sea,” Foreign Minister Liu Zhenmin announced according to Reuters.
China sees itself being challenged in the South China Sea not only by the foreign policy position and military presence of the Americans. Additionally there are the legal steps that Manila has taken. 2013 the Philippines asked the International Court of Arbitration in The Hague to clarify the disputes with China.

The Court has recently affirmed its jurisdiction for a total of seven cases that have been filed by Manila in the context of UNCLOS (UNCLOS). China’s decision not to participate in the process doesn’t change the jurisdiction of the court, according to the judges in The Hague. Contrary China insists on its position that any dispute can only be bilateral settled.

International law experts are pointing out that China is deliberately vague in formulating its claims. Beijing has not yet announced an official twelve-mile zone around its man-made islands nor registered the area within the so-called “nine-strokes-line” officially as its territory.
“The Chinese government refers to international law and the Law of the Sea, when its territorial sovereignty in the South China Sea seems violated or threatened,” says Michael Swaine of the US Institute Carnegie Endowment for International Peace, to the DW. “But Beijing does not define specifically what his legal claims are in the South China Sea. It is precisely this uncertainty that worries the Americans.”
And even if the subject is not part of the official APEC agenda, everyone knows that these questions are still outstanding, says Zachary Abuza from the National War College in Washington. “The Philippines will not incite China. But it is clear that the US will raise the issue in the course of their campaign for an international order based on norms and laws”.

China sees Manila going to the Court of Arbitration as an obstacle to the solution. The legal dispute initiated from Manila is “a hindrance that delays the improvement and development of Sino-Philippine relations,” it says on the website of the Chinese Foreign Ministry, cited by Reuters. He continued: “We do not want the knot tightened even tighter, it is up to the Philippine side to loosen the knot or to solve.”

Southeast Asia expert Abuza believes that the case brought by Manila processes a serious challenge for Beijing’s position in the South China Sea. “No neighbor there can offer resistance to China, neither military nor with coastal protection. But from the standpoint of an international law solution China is clearly on the defensive,” says Abuza.

Meanwhile also Indonesia, which had restrained itself from the territorial dispute; considers taking legal action. China’s “nine-strokes-line” also includes the Indonesian Natuna Islands northwest of Borneo. The Indonesian security minister Luhut Panjaitan said recently, Indonesia could take the matter to an international court if the dialogue with Beijing should not progress.

Dialogue is the way this will be resolved. The US is unhappy it can’t set fire to China.