Iraqi Prime Minister Mustafa Kadhimi confirmed over the weekend that around 2,500 US troops have been withdrawn from Iraq recently due to increasing concerns over their security following the steady increase in attacks this year against military bases where US personnel are deployed, the Green Zone in Baghdad where the US Embassy is located, and military convoys supplying these areas.

The US military has completed its drawdown from about 5,200 to fewer than 3,000 troops in Iraq, Army Colonel Wayne Marotto, a spokesman for the US-led coalition fighting ISIS in Iraq and Syria, has confirmed. LINK

Although official statements have declared that the intended schedule for complete withdrawal of US military personnel is three years, the period could be shortened or lengthened considerably depending on future developments.

The decision to make additional reductions of US troop numbers in Iraq was announced during Kadhimi’s US visit, and was given more urgency following US Secretary of State Mike Pompeo’s threat to close the embassy and withdraw US military personnel from Iraq completely after US positions and supply convoys were repeatedly subjected to rocket attacks from militias. The US has also threatened to impose sanctions on Iraq if this occurs.

According to officials in Baghdad, “US Secretary of State Mike Pompeo informed the President of the Republic, Barham Salih, Prime Minister Mustafa Al-Kazemi, and Speaker Muhammad al-Halbousi of the need to stop all attacks immediately, particularly against the US embassy in Baghdad; otherwise, the embassy will close its doors in the Iraqi capital.”

“The US will impose sanctions on 36 Iraqi persons who will be placed under an international warrant for arrest. The US administration will adopt measures that prevent any form of economic aid to Iraq, including preventing it from exporting its oil. Military options will be considered against the Popular Mobilisation Forces (PMF), in particular, “Asaib Ahl al-Haq” and “Kataeb Hezbollah Iraq”. The US forces are expected to target their bases and offices in Iraq in retaliation to the several rockets launched against the US embassy in Baghdad. These attacks should stop immediately.” This was the content of Pompeo’s message that was delivered to the highest Iraqi authorities. LINK

The attacks against US positions increased steadily after the US murdered Iranian military commander Qasem Soleimani as well as senior members of the Popular Mobilization Units early in January this year, prompting the Iraqi parliament to unanimously demand the withdrawal of US military personnel from Iraq.

The apparent contradictions in the recent public statements as opposed to actual intentions revealed by ongoing actions on the ground make an interpretation of the latest developments an uncertain task. After so many years, would the US really consider withdrawing all US military personnel, as well as diplomatic staff, from the country?

Although the current Iraqi government is concerned by the possibility of a ‘hasty’ US withdrawal, and the effect this could have for Iraq’s international relations (leaving aside the paradox of how a withdrawal could be considered hasty after so many years of military occupation), many in Iraq would welcome the move.

Nonetheless, the Iraqi government and parliament have moved quickly to investigate the rocket attacks and take extra measures to try and prevent them in the future.

The Iraqi news outlet Shafaq has reported that the Security and Defence Committee of the Iraqi Parliament revealed today, Tuesday, the reasons behind the decline of rocket strikes against US occupied installations in Baghdad over the last couple of weeks.

These installations include Baghdad airport, which includes a US military base, and the Green Zone, which have been subjected to frequent rocket attacks. The attacks have been carried out by groups who call themselves ‘resistance’ to the US military presence in the country, while the US accuses Iranian-backed groups of being responsible for the attacks.

Member of the committee, MP Abdul Khaleq Al-Azzawi, told Shafaq News agency, “Certainly, stopping the rocket strikes on the American embassy is a result of the American threats, especially since some factions have links to some political forces”, adding, “among the reasons behind stopping the rocket strikes, are the new security measures taken to protect these sites, as well as the tightening the military orders and sanctions against the officials of the sectors from which the rockets are usually launched”.

Also earlier today, the Iraqi Prime Minister, Mustafa Al-Kadhimi, chaired the first meeting of a new supreme military and security committee established to investigate the attacks that have targeted diplomatic installations and other areas occupied by the US-led coalition in the past period. LINK

The PM stated that the committee is authorized to demand any information from any party, and is expecting to show results within 30 days. The committee includes representatives of the security services, and the Security and Defence Committee of the Parliament.

The committee is headed by Qassem Al-Araji, National Security Adviser, and includes among its membership Falih Al-Fayyadh, Chairman of the Popular Mobilization forces, Abdul-Ghani Al-Asadi, head of the Iraqi National Security Service, and Abdul Amir Rashid Yarallah, Chief of Staff of the Army, as well as other military commanders and representatives in the Parliament. LINK

Iraqi government is full of quislings.

I dont see that. They are Yöur own even chosen by the majority of the Iraqians themselves. I dont think most people prefared Saddam, but he represented the sekular sunni part well too.

Even so You even re-elect those Bagdads.

u don’t think
all civilized Iraqis yearn for sadaam

Both of them show Iraq as bad and ugly.

You seemes to have redefined civilized. You have no idea about what was going on their by Saddam. I HAVE MORE THEN IDEAS.

You can pretend You are a Kurd taking gas on that or try to make a retro version of the Bolsjoj Theatre.

YOU KNOW NOTHING ABOUT SADDAM.

So what about him fx invading Iran and Kuwait. How many dies there ????? Estimates says atleast 800.000 dierd there too.

At least 400.000 iraqis yaern in heavan or what. An absolute minimum estimate says Saddam killed 50.000. Did they yearn too. And Kurds displaced as well as the arabs forced to KIrkuk yearned too.

You are and illiterate ignorant of the worst kind.

I don’t trust at all US. Many of their troops just move a short way to Syria. In 3 years they will change their mind many times. Keep bombing ’em!!

There’s a lot of Newspeak coming from DC. They’re masters at word play. A result of having a government filled with smooth talking lawyers. In all likelihood, those soldiers are getting relocated elsewhere within the region.

Andranik
Reply to  Assad must stay

Assad must stay
Reply to  Andranik

When Assads now and then are out of ammo they should be given the Nobel peace price.

Its not like that. Its also about giving too much information to the enemy might make them attack a retreat.

If You has to retreat, You can optimize and they do. Logistics are very complicated.

Its about 200 soldiers to SDF. As I recall it they will be mobile by Bradleys.

And yes it is moving around and replacing too. Nato fx is not in the private Iran_USA dispute.

By that it makes sense Nato non USA troops partly takes over, what USA do for Iraq according training and ISIS.

You are all like dancing queens and solve nothing Yourself even You dress like this or Freddy Mercury in hos coffin:

Dgingis Khan was a rapist, a thief, a mongol, a monster on a filthy horse farting and burbing.
An modern American is a free, modern and civilised parfumated person who instead of filthy horses drive cars and behave himself when he eat dinner with other genders. 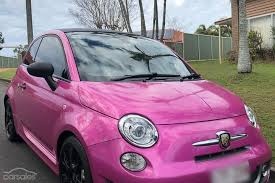 He is not that seize. Maybee he was a helping hand for the Tatar Khan sending female slaves to the Ottomans.

You are all like dancing queens and solve NOTHING Yourself even You dress like this or Freddy Mercury in hos coffin:

In Your dreams You are ven dressed as them and women and children dont exist.

It was the disco era Jens, didn’t most Scandinavians dress like this at the time?
https://www.youtube.com/watch?v=Sj_9CiNkkn4

Many did, but there a split up in many versions of dressing away from the bad old days, where parents decided clothe and hair for the Youngsters.

I partly was a disco in unisex clothe when we went out to dance with the ladies and have some beer.

But that was mainly friday and saturday evening and night.

The rest of the time I was in Indian cotten slothe in strong colors with fancy jewlery and jeans. That part was vey relaxed and I studied very will in my education and also could work hard in that kind of clothe. It was easy and fast to be washed and ironing took less then 5 minutes.

We had a lot of disko music made by danes and swedes but most of it was danish cowerversions.

I think the wellfare of that time also was changed by Youngsters suddenly could efford an own musicfacility and play very loud. I only regret I did start smoking.

A lot of good music is done. When I was very ill a couple of years ago and prefared or should stay home, I played a lot of free music from Youtube and remembered a lot from my old days.

I wonder whar kind of music You like or dislike…

The Region deserves ISIS. We dont. You made them.

It would be a great help You fenced the whole Region against us. We will help You.

The Mouth and Tail of a snake tends to work in tandem, while the mouth might not try to bite you, the tail will work to wrap itself around you whilst your gaze is focused on the mouth. End result is similar either way…

America is completely untrustworthy in this regard.

Unfortunatelly it takes class to admit defeat whuch the U.S. doesnt have anymore.

I dont get it. Most people here should be clapping by at least one hand, when the americans retreat and send flowers to Mr Trump.

will they be replaced by colonial troops or private militias, paid for the amerikans?
will this be reversed when Biden is elected? I can’t say

Well You could something else. You could listen and someone could explain it for You at least 100 times – You also could read or Youtube what Biden has told about it.

For Yuo cant say is fine. Sometimes silence is golden for the rest of us.