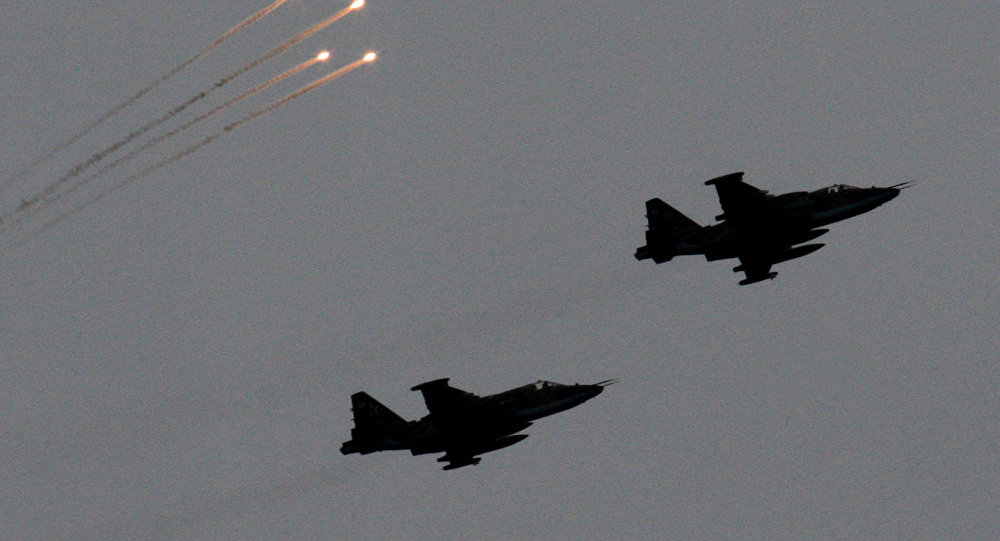 The US is going to create a joint HQ with Russia to share intelligence and conduct ‘synchronized’ strikes on Islamists in Syria. If the plan is approved, we will have a chance to see unusually deep military-to-military ties for the two nations amid uneasy relations.

The Washington Post obtained and published the draft proposal ahead of a meeting between US State Secretary John Kerry and Russia’s Foreign Minister Sergey Lavrov in Moscow. According to the report, the proposal goes far beyond recent agreements between the US and Russia on flight safety during two countries’ air operations over Syria. It describes a unified command-and-control structure Joint Implementation Group (JIC) that should be installed outside Amman, the Jordanian capital.

“Subject matter experts and professionals with expertise in intelligence, targeting and air operations” would be among the JIC staff, with a Russian and an American colonels “or civilian employees of equivalent ranks” acting as senior officers on either side.

The original purpose of JIC operation is “to maximize independent, but synchronized, efforts” against IS and Al-Nusra Front terrorists in Syria. According to the Washington Post, Russian and US militaries can “permit integrated operations” that include assisting each other in air raids, if everything goes as planned.

According to the draft proposal, “Russia can use airpower in defense of Syrian government forces in the event of attack by [Al-Nusra Front] … if agreed in advance with the United States,” while “the Syrian military can employ military action, including air activities, against the Nusra Front outside of designated areas if Nusra acquires territory there.”

If the proposal that has the ultimate goal to set a “durable national ceasefire” in Syria, is approved, we will see an oddly contrast with the recently-proclaimed US “deterrence” policy towards Russia.

Don’t create shit with the devil. America was conquered in 1914 with the federal reserve act. The USSA seeks to subjugate everyone. Most of all Russians, Iranians Lebanese and Syrians. If you make a deal with the devil, you sign your own death certificate cause a Zionist-empire will always stab you in the back. If Russia joins with the devil, then Russia is not who I hope they are.

don’t worry – even if they join forces it’s at a very low level – also, I believe that it’s somehow “too late”: Putin had, in the latest months, asked the US to create a coordinate effort in Syria, and always received negative answers. If the US had come forward with this same proposal, it’s likely that it will not be the cause of the syrian war ending before US elections. Even if the new president (and one can be sure as hell that it will be clankers) starts its mandate from 1st january, it’s customary that the old one ceases to make important laws barring severe contingencies. It must be rememebred anyway, that even if jihadists are defeated in Syria, the war on terror would require a joint effort by the US, Russia, EU and China against the nations which actually support and finance terrorism, and the removal of entire governments, starting with Saudi Arabia, Turkey and Qatar. We know well that is not gonna happen.