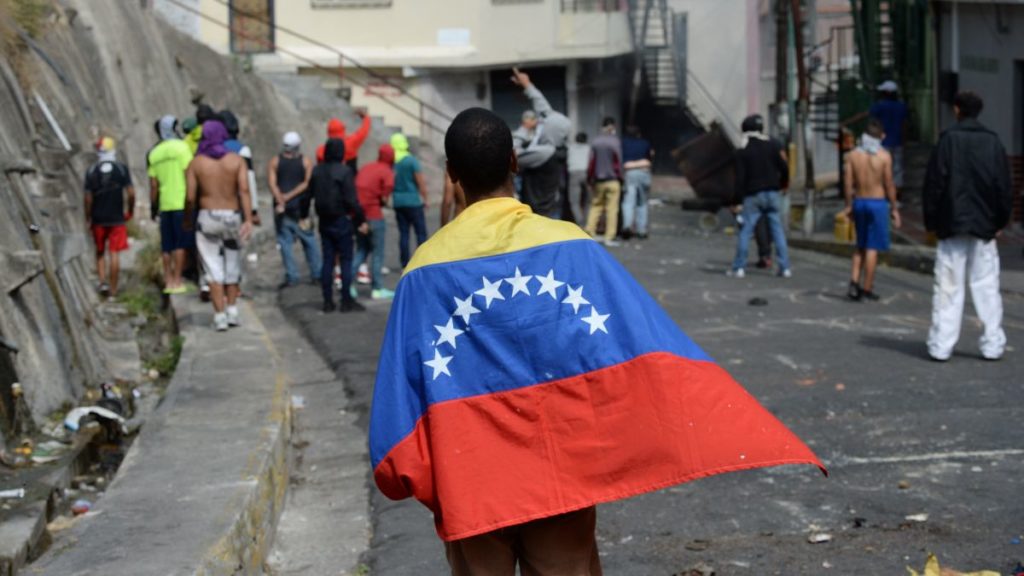 On January 22nd, US Vice President Mike Pence released a video in support of the Venezuelan protesters, calling Venezuelan President Nicolas Maduro a “dictator” who had allegedly never won a free and fair election.

As the good people of Venezuela make your voices heard tomorrow, on behalf of the American people, we say: estamos con ustedes. We are with you. We stand with you, and we will stay with you until Democracy is restored and you reclaim your birthright of Libertad. pic.twitter.com/ThzIAqBoRn

Pence called for the country’s people to “make your voices heard” against the Venezuelan leader, whom he called a “dictator with no legitimate claim to power.” The Pence video, posted Tuesday morning on social media, begins with the greeting, “Hola, I’m Mike Pence” and concludes with “Vayan con Dios!” or “Go with God.”

In the message, delivered mostly in English with Spanish subtitles, Pence calls Guaido, the newly sworn-in head of the National Assembly, “courageous” and says the assembly is “the last vestige of democracy in your country.”

This follows when in the early hours of January 20th a National Guard Unit attempted a mutiny in a poor neighbourhood a few kilometers from the Venezuelan Presidential palace.

A video was published on Twitter, address to the “glorious Venezuelan people,” calling for them to go on the streets and support a man who identifies himself as 3Sgt Alexander Bandres Figueroa.

Another video was published showing a group of armed, uniformed men promising to “re-establish constitutional order.”

This triggered protests in the same neighborhood, which were dispersed with tear gas as residents set fire to a street barricade of trash and chanted demands that President Nicolas Maduro leave power.

The armed forces in a statement said that it had captured all those involved in what it described as “treasonous” acts motivated by “obscure interests tied to the far right.”

In the wake of the defeated military revolt, opposition leaders are now calling for mass protests in the coming days. Specifically, opposition leaders in the legislature have called for nation-wide protests to be held on January 23rd following the government-stacked Supreme Court declaring it would throw out recent measures by the National Assembly that declared Maduro’s presidency illegitimate.

After January 20th’s failed military coup, US Senator Marco Rubio tweeted in support of the action and called for more similar actions.

Under constitution of #Venezuela Maduro not legitimately elected President. When vacancy exists it is filled by National Assembly President until new election called. Last night a National Guard unit pledged it would follow constitution & regime responded with its own forces. https://t.co/Du8tE1QazP

Rubio claimed military forces have been deployed to the streets amidst protests and internet access had been cut across parts of the country.

It appears citizens in several areas of #Venezuela areas are taking to streets in support of military forces that have pledged to defend constitution & not follow orders from illegitimate Maduro. Regime has cut off internet access in parts of country & deploying forces to streets https://t.co/rIlfrhoLi5

Meanwhile, Venezuelan Foreign Minister Jorge Arreaza in an interview with Democracy Now! condemned the US and Brazil-backed effort to oust Maduro. He further said that

Most MSM circulate a promise of massive protests on January 23rd, if that really comes to fruition is yet to be seen.

US politicians banging on about democracy makes me puke. US is not democratic so why should anyone listen to what these politicians say about people power or legitimacy.

Exactly! When did the US last run “free and fair”elections?

>>As the good people of Venezuela make your voices heard tomorrow, on behalf of the American people, we say: estamos con ustedes. We are with you. We stand with you, and we will stay with you until Democracy is restored and you reclaim your birthright of Libertad.<<

Until you join a migration caravan and end up at the US border. Then only a fence and tear gas will await you.

Maybe the Us can bring free and fair elections to Riyadh as well before aiming for Venezuela? They have been waiting much much longer. At least one hundred years! Lol

So if you are a foreign citizen and you venture an opinion on an American politician, you have committed a crime, but it’s OK for the American Government to declare the will of the people invalid in Venezuela and appoint another Government?

You can’t deal with Americans, the whole world needs to form an alliance, and destroy the USA for all time, they are evil to the core.