The US has urged Russia and Syria not to carry out military aircraft flights at a dangerous distance from its military personnel. Russia has proposed to establish a mechanism to prevent incidents between the Syrian and US air forces operating in the country. 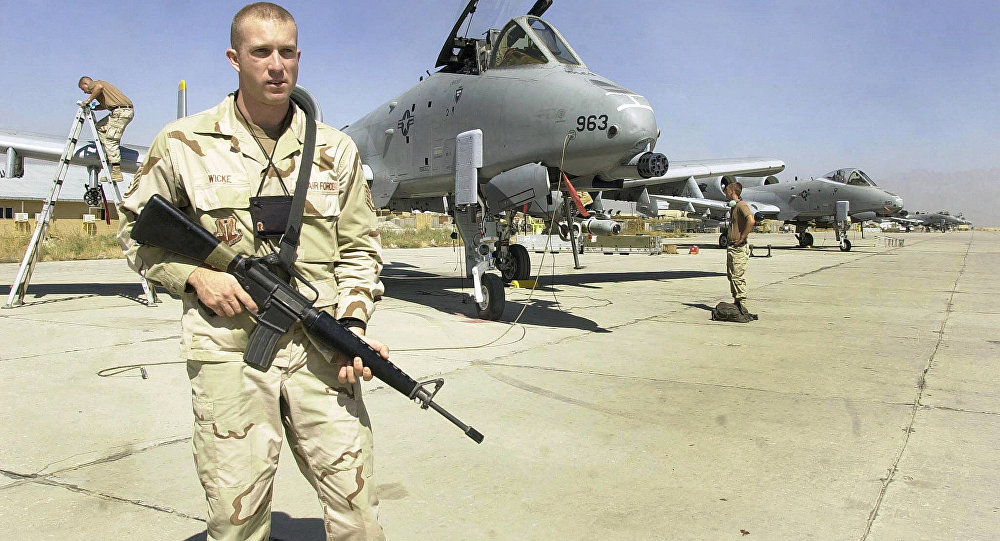 The US made it clear to both Russia and Syria that the country intend to protect its military personnel in Syria and urged not to carry out military aircraft flights at a dangerous distance, the Interfax news agency reported on Monday.

“When strikes are dangerously close to our staff, we will certainly defend them. We have conveyed [information] to the Russian side and to the Syrian regime and allowed them to understand that we will defend our forces,” spokesman for the US State Department, Mark Toner, said at a briefing in Washington on Monday.

He again called on Moscow and Damascus not carry out military operations in districts of Syria, where there are coalition forces. “We have told about this Russian through various channels to strengthen the understanding of the necessity of separate combat flights during any operation,” the diplomat stressed.

It seems that the US forces, illegally deployed in Syria without any consent of the country’s government, have officially recognized occupation of a part of the territory, and announce a kind of a no-fly zone there.

Meanwhile, the Pentagon said that “it is not a no-fly zone”, but, at the same time, recommended “the Syrian regime to stay away from there”.

“I want to repeat that it would be reasonable for the Syrian regime to avoid those areas where the coalition’s operations are conducting,” spokesman for the Pentagon, Peter Cook, said on Monday.

In this way the Pentagon representative commented on the situation, which arose last week, when the US Air Force fighter jets were scrambled to escort the Syrian military aircraft, striking at Kurdish militia positions near the town of Al-Hasakah in northeastern Syria. According to the Pentagon, the US had to use this measure in order to protect the American Special Forces, positioned near the Syrian city.

The Russian Defense Ministry has already proposed to establish a mechanism to prevent incidents between the Syrian and US air forces operating in the country, as Damascus does not have communication channels with Washington as Moscow does, the Izvestiya newspaper reported, citing a source in the military and diplomatic circles. According to the newspaper, the Russian initiative’s technical proposals would be a topic of discussion during the meeting between the Russian and US foreign ministers planned for August 26-27.

Easy answer to the thug nation’s concerns. They should sod off.

How about a policy where ‘military personnel’ withdraw from areas when their allies attack the other one’s forces?

So the UK’s SAS can continue to get away with murder and rape? No way. Time to check the SAS and CIA quickly and decisively. If Iran and Russia and Syria and Lebanon cannot smash the 200 SAS in Syria right now. They will never be able to, and one by one their nations will fall from internal strife as the SAS grips their throats from within their own nations. Lucifer commands the SAS well, and the Devil is a solid strategist. Confront the enemy at the gates, before the enemy is in your bed. IT IS MORE IMPORTANT TO TARGET THE ENABLERS OF ISIS, Then ISIS themselves.

So basically, the US is saying where Assad can and cannot defend his own turf.

Perhaps the soldiers loyal to the Obombi regime should pack their bags and get going. Perhaps a few ‘accidental’ bombing runs on illegal occupying forces will help accelerate the process…?

Start packing up, americans. Spend the money on free education so maybe you can stop being so ignorant.

You also have your black people to feed. In and out of prison.