According to Ralph Schoenman, a political analyst and former personal secretary of British philosopher Bertrand Russell, the UK and the US coordinate attacks of Saudi Arabia in Yemen. 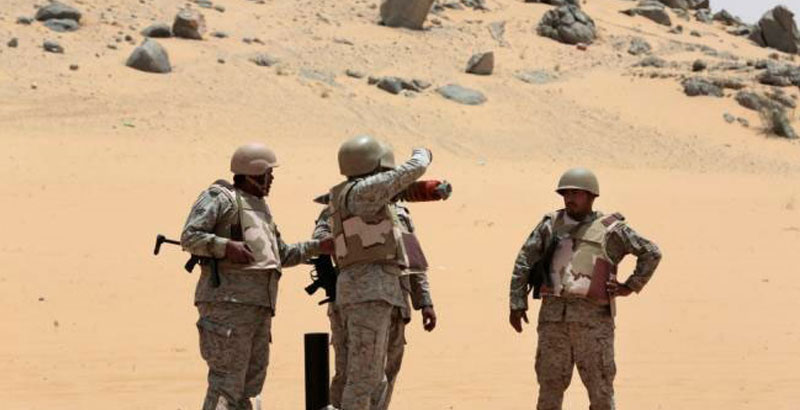 Attacks of Saudi Arabia in Yemen, which have claimed at least 11,400 lives of civilians since March 2015, are coordinated by the US and the UK, the Press TV news portal reported on Wednesday, citing Ralph Schoenman, a political analyst and former personal secretary of British philosopher Bertrand Russell. The statement was made, when Schoenman was asked about a report, according to which Washington was halting its planned sales of arms to Riyadh.

On Tuesday, a senior US official said on condition of anonymity that “we have made clear that US security cooperation is not a blank check,” and added that “consequently, we’ve decided not to move forward with some foreign military sales cases for air-dropped munitions, PGMs (precision-guided munitions).”

“That’s obviously a direct reflection of the concerns that we have about Saudi strikes that have resulted in civilian casualties,” the official added.

As a result of such a decision of the US, the UK will face with an inconvenient dilemma due to the scale of its sales of arms to Saudi Arabia.

According to Schoenman, this US decision “is a part of the continuing circumstance, in which the US and the UK have been coordinating with the Saudi genocidal attacks upon the population in Yemen.”

He noted that actions of Riyadh in Yemen are “a relentless saturation bombing of schools, hospitals, and funerals,” and added that “human rights organizations have constantly protested the scale of these saturation bombings over two years of attacks upon the populations.”

The analyst pointed out that “US companies are engaged in it as UK companies,” which “sell hundreds of millions of dollars worth of guidance systems that convert dumb bombs into precise guided munitions.”

Saudi Arabia has been receiving logistic and surveillance support from the US.

Since US President Barack Obama took office in 2009, his administration has sold weapons worth $115 billion to Riyadh – more than any American administration during the 71-year US-Saudi alliance.

In addition, the UK, which is one of the biggest suppliers of weapons to Saudi Arabia during the past 40 years, sold weapons to the kingdom during its war in Yemen. According to reports, London supplied export licenses for arms worth more than $4 billion to Riyadh for the last year. Moreover, UK military personnel are stationed at Saudi headquarters and provide targeting advice to Saudi military. The US also plans to offer Saudi Arabia training in targeting.

The current UK and US administrations are populated by degenerates.

Now the Yemenis get the same treatment that the Irish and Germans have received from the same foes.

Today i am giving John Kirby the spokes person of white house credit for being against the killing of Russian ambassador.He was very dissapointed by this particular killing although he is a biggest Russian critic.I also support his point it is indeed disappointing to kill a ambassador who needs everyones protection whether terrorist or government forces.Shooting a old man from behind is uncall.